By Ashley Chambers Local government officials are responding enthusiastically to a New York law passed this week expanding a ban on assault weapons, making the state the first in the country to strengthen gun-control laws after the mass shooting in Newtown, Connecticut. Assemblymember Rob Bonta (D-Oakland) is looking at the part of the New York legislation that requires reporting when guns are lost or stolen. When it comes to developing a new law for California, which already has some of the strongest gun control laws in the country, Bonta says he is looking for what is most effective. “Some of the things we’re looking at here in California are some of the ongoing checkins. After a gun has been registered, seeing if the owner has any issues with mental health, looking at mental health screenings, making sure the owner is still a responsible owner. That’s an important issue for me,” he said. “We have to look closely at what the president introduced and how we in California can support and supplement what they’re doing (at the national level),” Bonta said. Bonta recently co-authored AB 48 with Assembly member Nancy Skinner, which would regulate ammunition sales. The New York law broadens the definition of what is considered an assault weapon, reduces the permitted size of gun magazines from 10 to 7 rounds, and places stronger penalties on people who use guns in committing crimes. According to Congressman George Miller (D-CA), “It’s important that we work at both levels here. There are too many loopholes, not current in each state. We need to keep criminals and people with serious mental health issues from gaining access to firearms and get rid of the high capacity magazines and assault weapons. “New York was able to pass the law very quickly, and I’m glad that they did. It’s going to be more difficult in Congress,” he said. Miller supports the development of mental health services and stronger background checks. He is continuing research on this issue to hear from people who have been impacted by gun violence. “We all know these are difficult emotional fights, but I think we can protect people and do a better job of this and protect the Second Amendment right. But we should also understand some guns aren’t protected by the Second Amendment,” Miller said. Senator Loni Hancock (DOakland) has pledged to work for strengthened laws at the state level. “As chair of the Senate Public Safety Committee, I am planning on taking significant action this year. As someone who represents Oakland, I’ve seen the tragic consequences of gun violence-too many children are dying,” she said.

“This is only a temporary solution while Congress works to pass Congresswoman Maxine Waters bill, but in the meantime, states and local governments must distribute the relief funds allocated to them through the COVID relief packages passed in Congress. 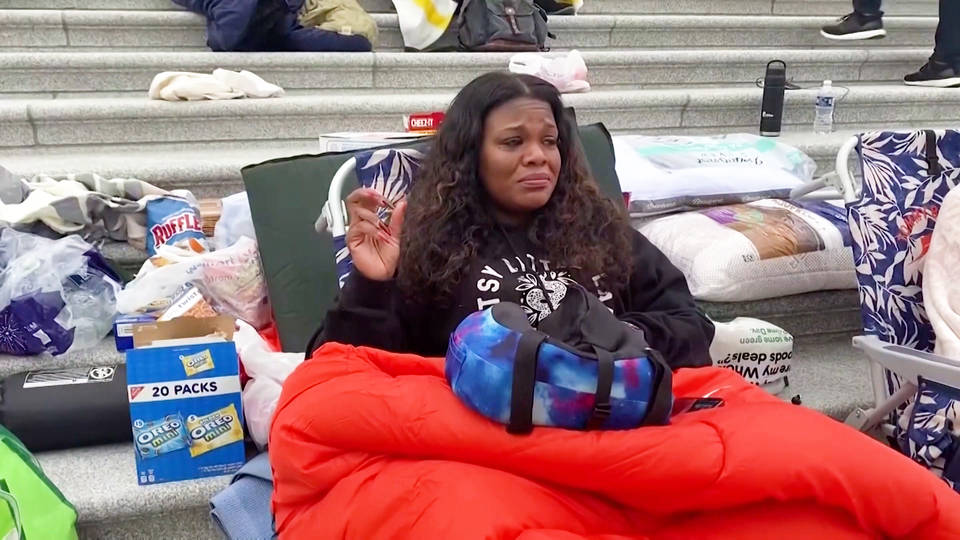 Congressmember Cori Bush, once unhoused herself, camped out on the steps of the Capitol in protest.

Congresswoman Barbara Lee (CA-13) issued a statement this week cheering the actions by the Centers for Disease Control and Prevention (CDC) to extend a federal eviction moratorium.

“With the COVID-19 delta variant on the rise across the country, this decision by the CDC will help protect the millions of renters at risk of being evicted from their homes and protect our communities from this pandemic,” said Lee.

“This is only a temporary solution while Congress works to pass Congresswoman Maxine Waters bill, but in the meantime, states and local governments must distribute the relief funds allocated to them through the COVID relief packages passed in Congress.

Congresswoman Lee praised the bold leadership of Rep. Cori Bush to fight for an eviction moratorium.

“This victory, of course, would not have been possible without the fearless advocacy of Congresswoman Cori Bush, who shared her own experience of being unhoused and turned passion into action to get this done.

Rep. Alexandria Ocasio-Cortez and members of “The Squad” celebrated this week after the CDC announced the 60-day extension of the eviction moratorium that had expired over the weekend, crediting Bush’s protests for winning the extension.

Bush (D-Mo.) had been camping on the Capitol steps  for several days to protest the expiration of the ban and  pressed the Biden administration to extend it.

“On Friday night (July 30), I came to the Capitol with my chair. I refused to accept that Congress could leave for vacation while 11 million people faced eviction. For five days, we’ve been out here, demanding that our government acts to save lives,” Bush wrote on Twitter on August 3.

“The House is at recess. People are on vacation. How are we on vacation when we have millions of people who could start to be evicted tonight?” Bush said on July 31.

“There are people already receiving and have received ‘pay or vacate’ notices that will have them out on tomorrow. People are already in a position where they need help, our most vulnerable, our most marginalized, those who are in need.”

This pandemic is not over. With the dangerous Delta variant spreading widely, low-income communities — especially Black and Brown communities—are still at risk of losing their homes and ending up on the street. In line with the executive power granted during a public health crisis, the White House and CDC should immediately extend the eviction moratorium. 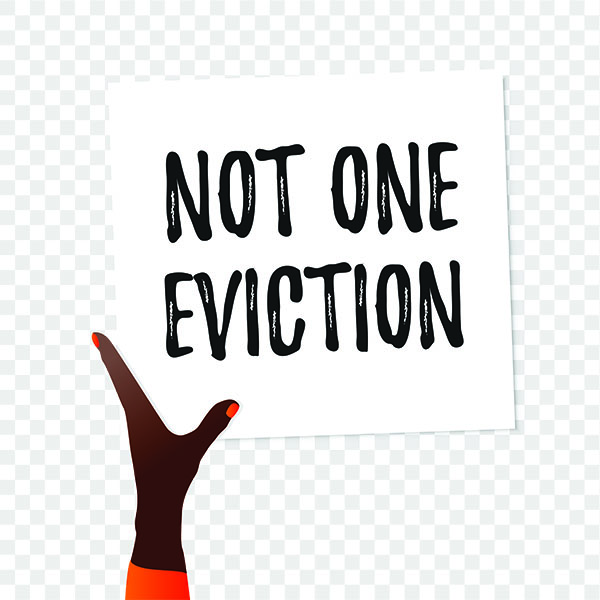 Not one eviction text. Banner in the hand on transparent background/ Vector illustration.

Congresswoman Barbara Lee (CA-13), co-chair of the Majority Leader’s Task Force on Poverty and Opportunity, released the following statement on the expiration of the national eviction moratorium on August 1:

“This pandemic is not over. With the dangerous Delta variant spreading widely, low-income communities — especially Black and Brown communities—are still at risk of losing their homes and ending up on the street. In line with the executive power granted during a public health crisis, the White House and CDC should immediately extend the eviction moratorium.

“In many ways, my district and California have been at the epicenter of America’s housing crisis. I spent many years on the Financial Services subcommittee on Housing and Community Development fighting to make housing a human right alongside Chairwoman Maxine Waters and my Progressive Caucus colleagues.

“This is more crucial now than ever because evictions will not only leave families without a roof over their head, it has the potential to worsen the spread of COVID-19. Individual states should not have to fend for themselves. The Biden administration and the CDC can fix this with the swipe of a pen by extending the moratorium.

“Among the most important responsibilities we hold as elected officials is to protect and advocate for the people who elected us to serve. With the public health crisis reaching yet another inflection point with the spread of the Delta variant, the last thing we can afford to do is allow millions to be at risk of losing their homes by letting the federal eviction moratorium expire.

“Homelessness is a national crisis, and we can no longer allow the federal government to miss the mark solving it. The time to act is now. I strongly urge the Biden administration and the CDC to extend the eviction moratorium. Furthermore, I stand ready to be present in Washington to vote on Congresswoman Waters’ legislation to protect families from eviction. There is no excuse.” 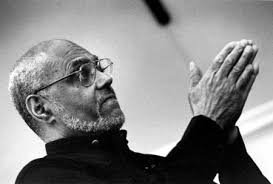 “Throughout his life, Bob Moses bent the arc of the moral universe towards justice,” said Derrick Johnson, head of the NAACP on Twitter at hearing of Moses’ death. “He was a strategist at the core of the voting rights movement and beyond. He was a giant. May his light continue to guide us as we face another wave of Jim Crow laws.”

Among his contemporaries in the Student Nonviolent Coordinating Committee, which Moses joined in a founding meeting in 1960, he was known for his quiet, measured demeanor, deliberately eschewing the spotlight.

By taking to heart the values taught by his mentor, NAACP youth leader Ella Baker, who believed in engaging the local population to enact change, he deliberately disrupted leadership norms in the Black community that centered the male, charismatic voice.

It was Baker who sent Moses to the deep South in August 1960 where her NAACP contacts in McComb, Miss., wanted to do more than integrate lunch counters and bus waiting rooms. In the summer of 1961, they would embark on a voter registration campaign. Well-documented terror and violence ensued. Over the next three years, Moses would be beaten while escorting a Black couple up the courthouse steps to register to vote, waiting until that was done before seeking medical treatment. In another incident he and two others would dodge Klansmen’s bullets on country roads.

Moses was one of the organizers of 1964’s Freedom Summer, which saw mostly college kids flock to Mississippi to help register Black people to vote. Moses was also instrumental in creating the Mississippi Freedom Democratic Party, which famously attempted to be recognized at the Democratic presidential election in 1964 and where sharecropper Fannie Lou Hamer would embody the bottom-up philosophy espoused by Baker. It was her speech, broadcast on nationwide television and which then-Pres. Lyndon Johnson tried to pre-empt, that brought home to the American public the terror of living in Mississippi while Black.

Disillusioned by the policies of liberal Democrats, Moses disengaged from SNCC and, on his own, began to speak out against the Vietnam War. In 1966, at the age of 31, five years older than the normal maximum draft age, the married father was drafted. He moved to Canada and then to Tanzania with his wife and stayed there working in the Ministry of Education, returning to the U.S. in 1977 when he and 100,000 others were pardoned by Pres. Jimmy Carter.

A few years later, after completing his doctorate in philosophy, he visited his daughter’s school. Learning that algebra was not offered at the inner-city school, was what led him to founding the Algebra Project. In 1982, he received the MacArthur Genius Award for his program of helping schools and communities get the basic math classes that are the gateway to college admission.

In addition to the degrees he earned from Hamilton College and Harvard, he has received honorary degrees from Swarthmore College, Ohio State University, and the University of Missouri.

Other awards were the Puffin/Nation Prize for Creative Citizenship and the War Resisters League Peace Award among others.

The New York Times, The Nation, Wikipedia, National Public Radio, Reuters and The Miami Herald were sources for this report.