Currently superintendent of the Solano Community College District, Laguerre was one of four finalists for the job. He takes the reins this week from José Ortiz, who is retiring after three years.

In a prepared statement, Meredith Brown, president of the district’s Board of Trustees, commended the new chancellor’s leadership experience.

“Dr. Laguerre is uniquely qualified to lead the Peralta Colleges in the coming years,” said Brown. “I look forward to working together with him to address the achievement gap, completion rates and other important issues facing our community’s students.”

Laguerre expressed gratitude for the appointment in a statement. He did not attend the meeting because he was “spearheading some community activities in Haiti.”

A Haitian-native, Laguerre received his doctorate in Educational Leadership and two Master’s degrees from University of Kansas.

His annual base salary is $305,000, without benefits, nearly $70,000 more than his base pay at Solano. His benefits include paid health, dental, sick leave, holidays and life insurance benefits, up to $20,000 for relocation expenses and mileage reimbursement.

He will not receive a monthly automobile allowance. Former Chancellor Ortiz’ base salary was $260,000.

We have a 96% attendance rate and 94% of our students who were enrolled on the first day of school are still enrolled. This is a high rate of student persistence at a time when the narrative for many large urban school systems is scores of students gone missing.

Reopening school after a year of being in a COVID-19 closure is hard. But I can tell you firsthand, after having reopened my schools on April 5, there is nothing better than seeing students and teachers in classrooms again. The key to bouncing back is being back.

What planning goes into reopening and what does it really mean for families?

I lead a K-12 public school system of nearly 2,300 students, nine schools, and about 300 employees across three cities and two counties in California. My students are 64% Black, 25% Latino, and 78% low-income. We have been very attentive to the needs of our students and enrollment has gone up during the pandemic, not down.  We have a 96% attendance rate and 94% of our students who were enrolled on the first day of school are still enrolled.  This is a high rate of student persistence at a time when the narrative for many large urban school systems is scores of students gone missing. While large urban schools dominate the headlines, small school systems like mine, with under 5,000 average daily attendance, make up two-thirds of the school districts in California.

It was good that Gov. Gavin Newsom and the Legislature gave guidance for schools to reopen by April 1. At Fortune School, we surveyed parents and found 53% wanted to return their children to in-person learning.  That’s up from 46% who asked to return in November 2020 when we had plans to reopen but couldn’t because infection rates increased.

As I talk to educators from other states, I am learning that California stayed shuttered for an unusually long time. Was it politics or public health that kept schools closed for so long? I’m not sure.

What I do know is that while our buildings were closed to students, my schools put every safety measure in place from expensive, hospital-grade air filtration systems to plexiglass barriers. Our staff got vaccinated, has ongoing access to surveillance testing and we have systems for contact tracing.

On reopening day, a long line of cars wrapped around the corner for morning drop-off.  Crews of educators checked kids’ temperatures at the car door and welcomed them to their pre-assigned, small pod of classmates with whom they will spend the rest of the school year.

Inside a typical classroom, we can fit 10 students and two teachers socially distanced 6 feet apart.  With this configuration, we are able to offer school in-person five days a week from 7:30 a.m. – 1:00 p.m. The Centers for Disease Control guidance about desks being 3 feet apart came too late to be implemented this school year but could be a game-changer for the fall.

Currently, schools are required to offer families the option for distance learning. Newsom has said he expects California to be re-opened by June 15, allowing schools to be back to full in-person instruction with safety precautions.  If that is the case, the state should re-establish the expectation that comes fall, in-person school attendance is mandatory for students enrolled in classroom-based programs.  Right now, teachers are providing live instruction to students in person and online simultaneously.  It’s not sustainable.

The governor is on the right track providing strong guidance to public schools, backed by the authority of the state and funding to implement his expectations.  He should keep it up.  I’ve spoken to plenty of students and teachers who are definitely glad to be back.

Dr. Margaret Fortune is the president/CEO of Fortune School, a network of K-12 public charter schools based in Sacramento, California she founded to close the African American Achievement gap in her hometown.

Cobb said he hopes the discussion at the Post Salon will stir action to end the control of Oakland by state overseers –  a  state-imposed trustee and the  Fiscal Crisis Management and Assistance Team (FCMAT), a semi-public, state-funded agency. 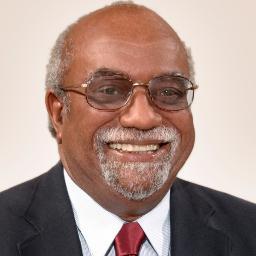 The Oakland Post Salon Community Assembly will hold a Zoom meeting this Sunday, April 18 to investigate the Oakland Unified School District’s state-imposed overseers and call for a return – after 20 years –  of local voters’ control over their public schools.

Cobb said he hopes the discussion at the Post Salon will stir action to end the control of Oakland by state overseers –  a  state-imposed trustee and the  Fiscal Crisis Management and Assistance Team (FCMAT), a semi-public, state-funded agency.

“I hope we can inspire the candidates for Rob Bonta’s soon-to-be-vacated Assembly seat and the rest of our state legislative delegation to work to let the district have control of its resources and forgive the rest of the state loan, which Oakland never wanted in the first place,” he said.

“The state needs to stop trying to penalize the district and instead to support it,” he said. “Our legislators need to ask the governor to recall and audit FCMAT,  a quasi-public body that takes no responsibility for its management of public funds.

“Their decision-making has not proved to be any better than local decision-makers. After 20 years, they can’t show any measurable improvement.  We’ve paid them millions of dollars, and they had set us up to be  characterized and to sell off district real estate.”

Ken Epstein is inviting you to a scheduled Zoom meeting.

Owens said during an interview, “Never give up on your dreams, in spite of the obstacles. There have been several points in my life when a door to my planned career closed and another, totally different door, opened. Though one door may seem to close, the other door can lead to the fulfillment of your dreams.” 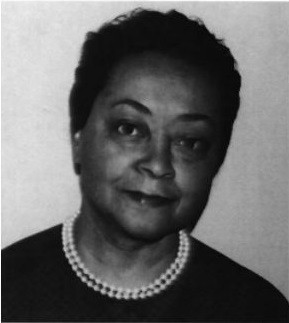 Women of color have been underrepresented in geosciences (sciences dealing with the earth). Between 1973 and 2016, the numbers were bleak: only 20 Native American, 69 Black, and 241 Hispanic or Latino women received PhDs in all three geoscience subdisciplines combined—marine geographers, paleogeography, and physical geographers—according to Nature.com.

These numbers amount to 1.46% of all doctorates awarded in over 40 years and have made little to no movement toward change.

Upon graduating from the George Washington University in Wash., D.C., in 1985, Joan Murrell Owens (1933–2011), became the first African-American woman to earn a Ph.D. in geology. Shortly after, as a coral biologist, she began to transform the understanding of the evolutionary relationships of button corals.

Owens was born in Miami. Her father, a dentist, was an avid fisherman, so the family often went on weekend fishing trips. Being so close to the Atlantic Ocean piqued her curiosity about its habitats. Thus, marine biology was always a subject she dreamed of studying.

A lover of books, “The Silent World by Jacques Cousteau” became young Owens’ favorite read. She graduated from Miami’s Booker T. Washington High School in 1950. That same year she entered Fisk University on a scholarship and soon found that marine biology courses were not offered. That was not uncommon for historically black colleges and universities during that time. She studied fine arts instead, becoming an educator at a psychiatric hospital.

Owens later became a member of Howard University’s faculty, specializing in remedial English. During the 1960s, she relocated to Newton, Mass., where she worked for the Institute for Services to Education. There she was tasked to design programs for teaching English to educationally disadvantaged students. The Upward Bound program of the U.S. Department of Education was developed from these programs.

Unfortunately, Owens suffered sickle cell anemia. Her geosciences research projects were then limited because of her inability to dive underwater to search for specimens. But that did not derail her dreams. She instead performed a laboratory project at the Smithsonian Institute, working with coral samples collected by a British expedition in 1880.

Owens said during an interview, “Never give up on your dreams, in spite of the obstacles. There have been several points in my life when a door to my planned career closed and another, totally different door, opened. Though one door may seem to close, the other door can lead to the fulfillment of your dreams.”

Despite all the walls she tore down to navigate her career path and follow her heart, Owens went on to contribute valuable knowledge to the field of marine science. In 1994, her work added a new species to the genus Letepsammia.