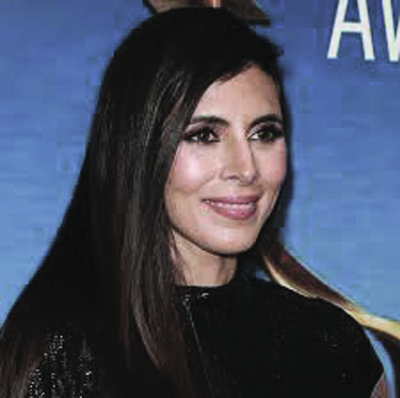 Their experience during the high holiday season, including Rosh Hashanah, the new year, which began on September 28, and the solemn season of Atonement, which begins on October 9 can stand out even more.

Jews of color navigate prejudice as they try to worship and yet there are cultural triumphs as well, in particular the casting of Ja Latinx Jew for the Hannukah and coronation specials Disney show, “Elena of Avalor,” which is to open in December.

In a Washington Post story published on Sunday, Rabbi Joseph Berman planned a new year’s sermon using a term from the Exodus known as ‘Erev Rav,’ which refers to the ‘mixed multitude’ of people who fled biblical Egypt with the Israelites. It was important to Berman, whose New Synagogue Project is in Wash., D.C., to bring voice to Jews whose roots are African American, Middle Eastern, Asian and everything in between.

“There’s this problematic narrative, that Jews of color are new to the community because they’re converts or part of mixed marriages, and that’s not true,” Berman told The Washington Post. “For some Jews of color, that’s part of their story, but there have always been Jews of color. It’s where Judaism started.”

Groups and projects around the country are grappling with the issue of what comprises Jewish identity, belonging for Jews of color and challenges Jews of color face. There are about 600,000 Jews in the United States who identify as Black, Latinx, Native American, Sephardic and Mizrahi.

Their presence is influencing the framing of the Yom Kippur confessional prayer, called Ashamnu, to include mass incarceration, unfair housing and police violence.

The spike in anti-Jewish and attacks on synagogues like the ones in Pittburgh Pa., in 2018 that left 11 people dead and Poway Ca., attack that left one dead on the last day of Passover this year, mean security has been increased, but there are worries about profiling by security guards and police.

“How can Jews of color be totally engaged if they’re profiled on their way to synagogue?” Ilana Kaufman, executive director of the Jews of Color Field Building Initiative and a Berkeley resident, told the Washington Post. “Jews of color are asked: Who do they know here? What’s the rabbi’s name? Someone using the facilities might be asked if they’re janitorial staff.” She said she believes there is some American Jewish anxiety around the topic of nonwhite Jews that’s not unlike American anxiety and racism about national demographic shifts.

“They worry about diluting Jewishness, that people of color celebrating their Jewish identity will eclipse our ‘Jewishness.’ It’s like we’re dealing with a finite pie,” she said.
Carla Mays, who grew up in Los Angeles with a mother and grandmother who considered themselves Jewish but were uncomfortable in institutional settings, is now a board member of the Jewish Multiracial Network, which formed in the 1990s to support multiracial Jewish families.

She joined the group when she moved to San Francisco as she tried to balance between Jewish and African American spaces.“I couldn’t worship in peace, and was constantly questioned about who I was. And I saw [young Jews of color] having to bear that brunt.

That’s why I stepped into this role,” she said of her work in the Network.
On the other hand, news of actress Jamie Lee Sigler, a Sephardic Jew of Cuban American heritage, was cause for excitement for mothers of young Jewish children.

The casting of the Latinx Jewish princess in a Disney vehicle is important to Latinx familes, according to a story written by Ruth Abusch-Magder, for Be’chol Lashon, a magazine focusing on Jews of color.

“As a Latinx Jewish woman, I’m thrilled that my children will be able to see aspects of their heritage and culture represented on a platform where they have largely gone unnoticed,” Stempel told Be’chol Lashon. “We may not be royal, but when we see ourselves positively reflected on the media we consume, it definitely impacts self-image.”

Sarah Aroeste is a Sephardi singer educator who was thrilled to hear of the character and what it would mean for her two young girls.
“To show a Jewish princess – explicitly in the script – is something so exciting by itself,” Aroeste told Be’chol Lashon. “To add the Latina element is an amazing added bonus! I love the fact that people will see a character that is not only Jewish but one that is not necessarily Ashkenazi.

Of course just because she’s Latina does NOT mean she’s Sephardic, but to show a non-standard portrayal of a Jewish girl is something I didn’t think we’d see yet in mainstream kids’ media”