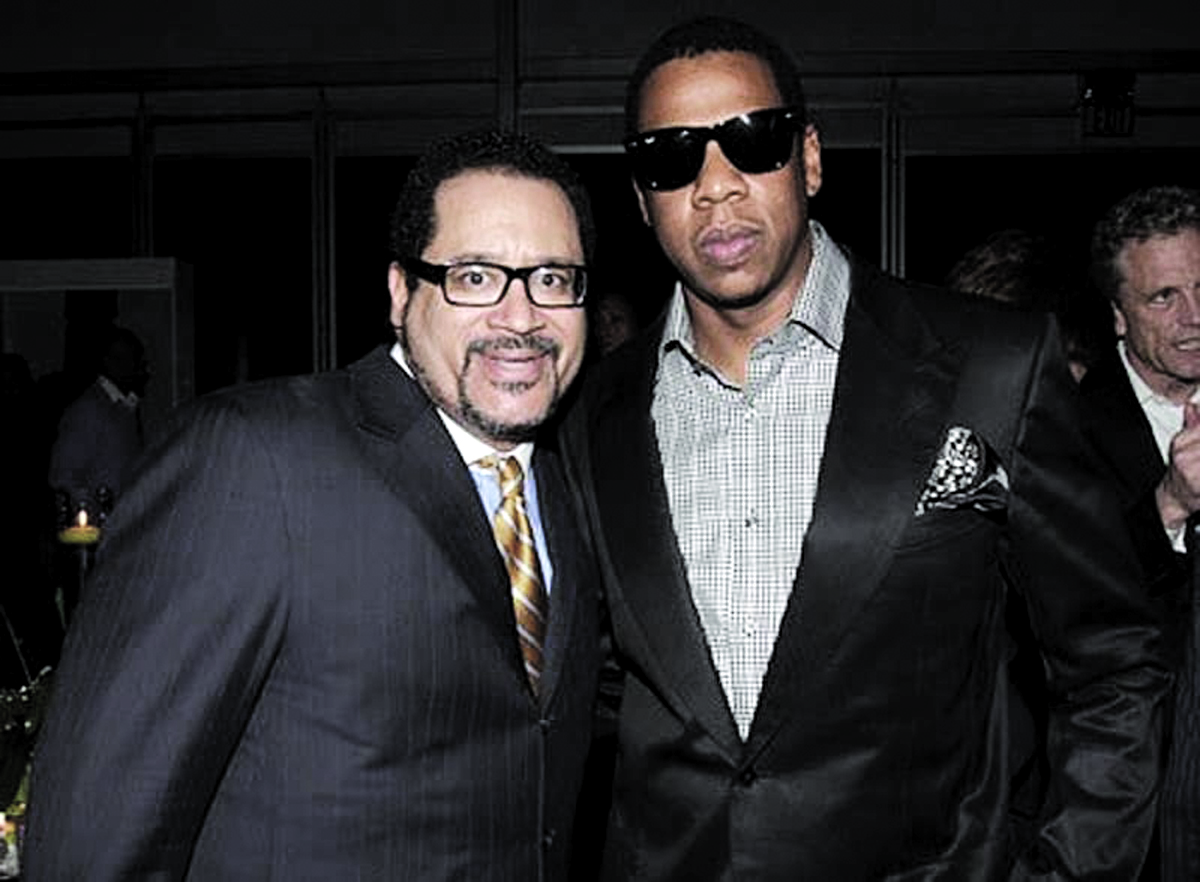 In the pulpit of the First Congregational Church in Berkeley, on Dec.11, Dr. Michael Eric Dyson, a best-selling author and an ordained minister, presented an extra-ordinary, passionate sermon that encapsulated the drive and determination of a street hustler-turned rapper. His texts were excerpted from his own new book “Jay-Z Made in America”.

This book is the latest of his 26 books and it focuses on how a hustler from the mean streets of the walled-in neglected communities rose to the top, as some other billionaires have done on Manhattan’s Wall Street. But Jay-Z has risen beyond many other tycoons to become a financial titan around the globe.

Dyson chronicles how Jay-Z perpetually created something from nothing. And, out of that nothingness is the profound journey that Dyson so cleverly breaks down Jay-Z’s entrepreneurial sojourn.

He described how Jay-Z mastered his destiny and musically rewrote his life’s story with reality-based lyrics that prophesied his next moves. Jay-Z became a “one in a billion” magnate who vaulted himself into the rarified air of the 0.2% billionaires club. Dyson shares how Jay-Z’s rise to fame and notoriety rival that of the Rockefellers -— a name he branded for one of his many companies. 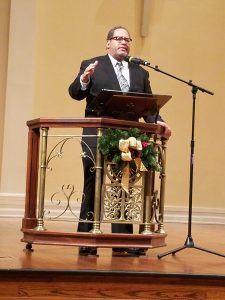 In the pulpit at First Congregational Church in Berkeley, Dr. Michael Eric Dyson sermonized the life of Jay-Z in his latest book Jay-Z Made in America at his book signing. Photo by Carla Thomas

Pausing to rap, rhyme, and quote Jay-Z’s own lyrics, Dyson demonstrated how, over two decades, the worst of circumstances gave Jay-Z the material to miraculously make music his peers could relate to.

“How do you go from, having nothing, to be a business mogul?” asked Dyson.

“JAY-Zs body of work is an artistic and political response to revived racism and renewed hostility to blackness. He’s a true cultural icon and I published the book to coincide with his 50th birthday, Dec. 4.,” said Dyson.

“JAY-Z is America at its scrappy, brash, irreverent, soulful, ingenious best: as transcendent a cultural icon as Frank Sinatra, as adventurous a self-made billionaire as Mark Zuckerberg, as gifted a poet as Walt Whitman,” said Dyson. “As he reaches the half-century mark, JAY-Z has logged thirty years as a recording artist, become the genre’s first billionaire, and now reigns as an elder statesman in a field teeming with artists half his age as he continues to make relevant rap records that invariably chart well.”

The State of Black Mental Health in Alameda County: A Call for Action