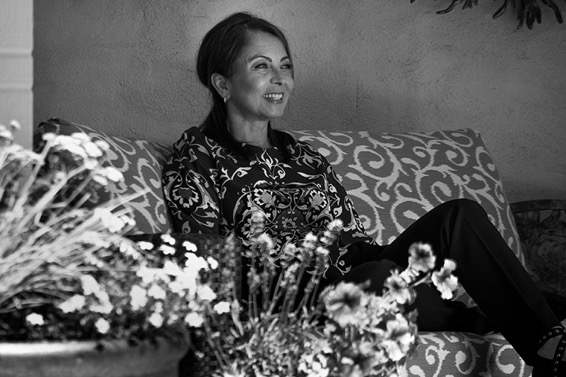 San Francisco State University alumna and Iranian-American philanthropist Neda Nobari (B.S., ’84) will address an audience of about 35,000 as the featured speaker at the University’s 116th Commencement ceremony May 25 at AT&T Park.

Nobari emigrated from Iran to the United States in 1978 at the age of 15. From 1985 to 2006, she served as the director and vice chair of bebe stores, Inc. Her $5 million gift last year allowed the University to establish the Center for Iranian Diaspora Studies, the first academic center of its kind in the United States. Nobari also serves on the board of directors of the San Francisco State University Foundation.

“Neda’s journey as a teenager from Iran to California, and later to a successful career in the private sector, is an inspiring story for our graduates,” SF State President Les Wong said. “Her background and her work on social justice initiatives are great examples of the possibilities of a higher education.”

Nobari graduated from SF State with a bachelor’s degree in computer science and earned a master’s degree in liberal studies from Dartmouth College in 2015. Her graduate research at Dartmouth focused on the intersection of diaspora and cultural identity of Iranian-American women.

She established the Neda Nobari Foundation about a decade ago after transitioning away from a 22-year career in the fashion industry. As founder and president, Nobari has guided the foundation in supporting organizations and initiatives associated with the arts, film and education in service of social justice and cultural awareness.

“I am honored to participate in a San Francisco State graduation ceremony,” said Nobari. “My experiences at SF State are among the fundamental eye-opening moments in my early adulthood that transformed and helped shape the person that I have become.”

In 2016, the university established the Center for Iranian Diaspora Studies with a transformative philanthropic investment from Ms. Nobari. The new center will create a vigorous and fresh approach to the study of and research about Iranian diaspora communities, their development, contributions to host societies and impact on Iranian identity.

Its goal is to be a platform for new academic programs that foster intellectual engagement with local and global Iranian communities across numerous disciplines. The center will model new methods of research and scholarship, and develop collaborative interdisciplinary opportunities for faculty and students across the SF State campus, as well as with universities across the U.S. and internationally.

This will be the third consecutive year that SF State is holding the event at the waterfront ballpark. The graduate procession begins at 5:30 p.m., with Commencement scheduled to start at 6:30 p.m. Fireworks will close out the event at about 9:30 p.m. More details about this year’s ceremony, including additional speakers and honorary degrees, will be announced in the coming weeks and available online at commencement.sfsu.edu.