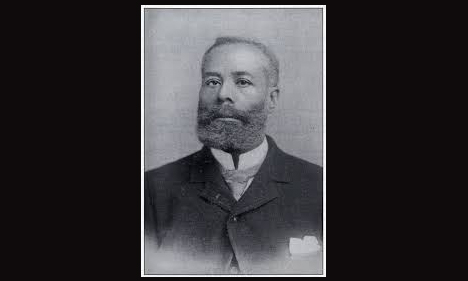 During the late 19th century, elevators were constructed in a way that required a person to manually open and close its doors. Residential and commercial buildings often hired operators to perform this function.

The problem with this model was that sometimes people would forget to close the shaft doors. This led to many unfortunate accidents.

Alexander Miles (1838–1918) witnessed an open shaft door once. This concerned him as his young daughter, Alice (according to the 1860 census), was with him at the time. Thinking of her safety, Miles knew that the doors needed improving. He then went to work creating a mechanism that closed access to the shaft door while the elevator was in operation on other floors.

His design attached a flexible belt to the elevator cage. When it went over drums positioned at the appropriate spots above and below a floor, it automated the opening and closing of the doors with levers and rollers. In 1887, Miles, an African American inventor and businessman, was granted a patent on this mechanism, one that is still used in elevator design today.

Miles was born in Ohio, near a town called Circleville. His birth year has been recorded as “possibly January 1837” (others report May 1838), and no record exists confirming that he was ever a slave. He had no other siblings. His family relocated to Waukesha, Wis., in the late 1850s.  It was there that he began making a living as a barber.

He later met Candace Dunlap, a widowed mother of two. The couple married and, by 1863, relocated to Duluth, Minn. There, they had one daughter together. Miles continued his profession as a barber and began developing a line of hair care products that included Tunisian Hair Dressing.

The couple quickly prospered. They invested in real estate. Miles operated his barbershop in the upscale St. Louis Hotel, but the profession soon became an adult hobby.

He joined the Duluth Chamber of Commerce, becoming its first African American member; and became active in politics and fraternal organizations.

After just over two decades, Miles sold his real estate investments and relocated his family to Chicago. His business interests then grew, as he founded The United Brotherhood in order to sell life insurance policies to African Americans.

At that time, Blacks were regularly excluded from, if not flat out denied coverage. By age 50, Miles was at the top of his game and worth an estimated half-million dollars. His real estate, hair care business and inventions did well, and he was thought to be the wealthiest Black man in the Midwest during that time.

Later, after relocating to Seattle, it was believed he was the wealthiest Black person in the Pacific Northwest. But his debts would mount and his financial bubble would burst during the recession. Some 20 years later, Miles was broke, widowed, and working as a barber again. His residence was a Seattle rooming house. He died in 1918 and was inducted into the National Inventors Hall of Fame in 2007.