INGLEWOOD — A few moments before the City Council meeting began Jan. 8, a growing crowd outside of City Hall chanted: “What do we want? Rent control. When do we want it? Now.”

That was the rallying cry as more than 30 people participated in a brief march organized by the Uplift Inglewood Coalition before the City Council meeting.

“I have two beautiful girls that go to school here,” Inglewood resident Derek Steele said. “I want to make sure they have to ability to come back and stay here, too.”

The demonstration was set in motion by a proposed 150 percent rent increase by a property investment company on East 99th Street in Inglewood that went viral on social media in late December, catching the eye of Mayor James T. Butts Jr.

“We’re not going to be pushed into somebody’s idea of what a solution is but what we’re going to do is make sure that people aren’t pushed in mass out of apartment buildings,” said Butts, who advocated on behalf of those specific tenants for a six-month moratorium on any rent increases until July 1.

“Here’s the problem,” Butts said. “When people come and buy property at today’s values, they can’t pay the mortgage or the property taxes and make a profit at what someone who has owned the property 40 years could do.”

The scene was somewhat tense inside the council chambers on the top floor of Inglewood City Hall as residents spoke in support of rent control.

After the room was deemed to be at full capacity, many of the people who attended the meeting to discuss rent control were asked to stand in the hallway by Mayor Butts.

Nearly 20 people ended up speaking and many others stood with them in solidarity.

Meanwhile, young people shared that teenagers are afraid they will not be able to afford to live in Inglewood when it’s time for them to live on their own.

“We hope that it is the beginning of a real dialogue with the community,” said Rev. Francisco J. Garcia Jr., who serves as the rector at Holy Faith Episcopal Church in Inglewood. “We believe that 28 percent [rent increase] is still too high. We propose a comprehensive tenant protection solution ordinance.”

“I’m really glad that our home value is almost double in the last eight years but I think that it is more important that we protect the people who have lived here their whole lives than to worry about my home value,” homeowner April Cooper added.

“2019 has been fortunate for us, what happened over the (winter) break is the stories of people’s rent increases came out and went viral. Celebrities were talking about it,” Steele explained before renewing the call for rent stabilization and just cause eviction for the Inglewood community. “We’ve been talking about this for the past couple of years.”

“This isn’t a unique Inglewood issue, it’s an issue in the state of California,” City Councilman Alex Padilla said.

“Whether or not it’s a situation that dictates a long-term solution we don’t know, these are things that we’re constantly talking about, constantly thinking about,” City Councilman Eloy Morales Jr. added. “I want everybody to see this as an example of the attention we actually are placing on it. … I know that this conversation will continue.”

“[Mayor Butts] created a situation that made a deal for that building but what are you going to do for everybody else in this community? We have to have a solution,” Steele said.

Before the end of the meeting, Mayor Butts shared a few specific ideas to protect renters like relocation allowances, total refunds on security deposits and no move-in costs to other properties under the same management as their previous apartment. 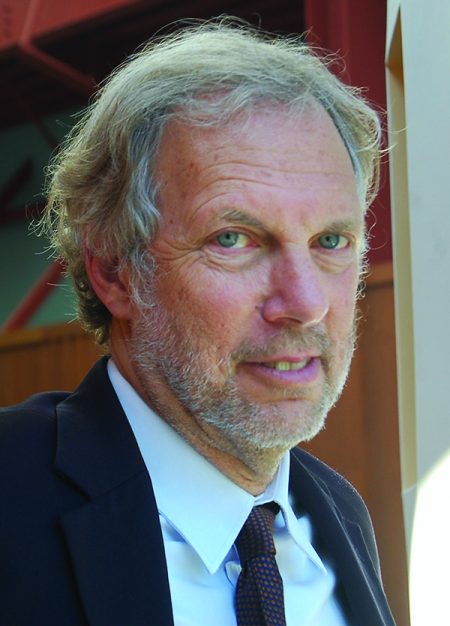 Oakland makes up 66% of Assembly District 18. Yet all the other major candidates live in Alameda or San Leandro. Our district has not had a representative from Oakland since the 1990s. 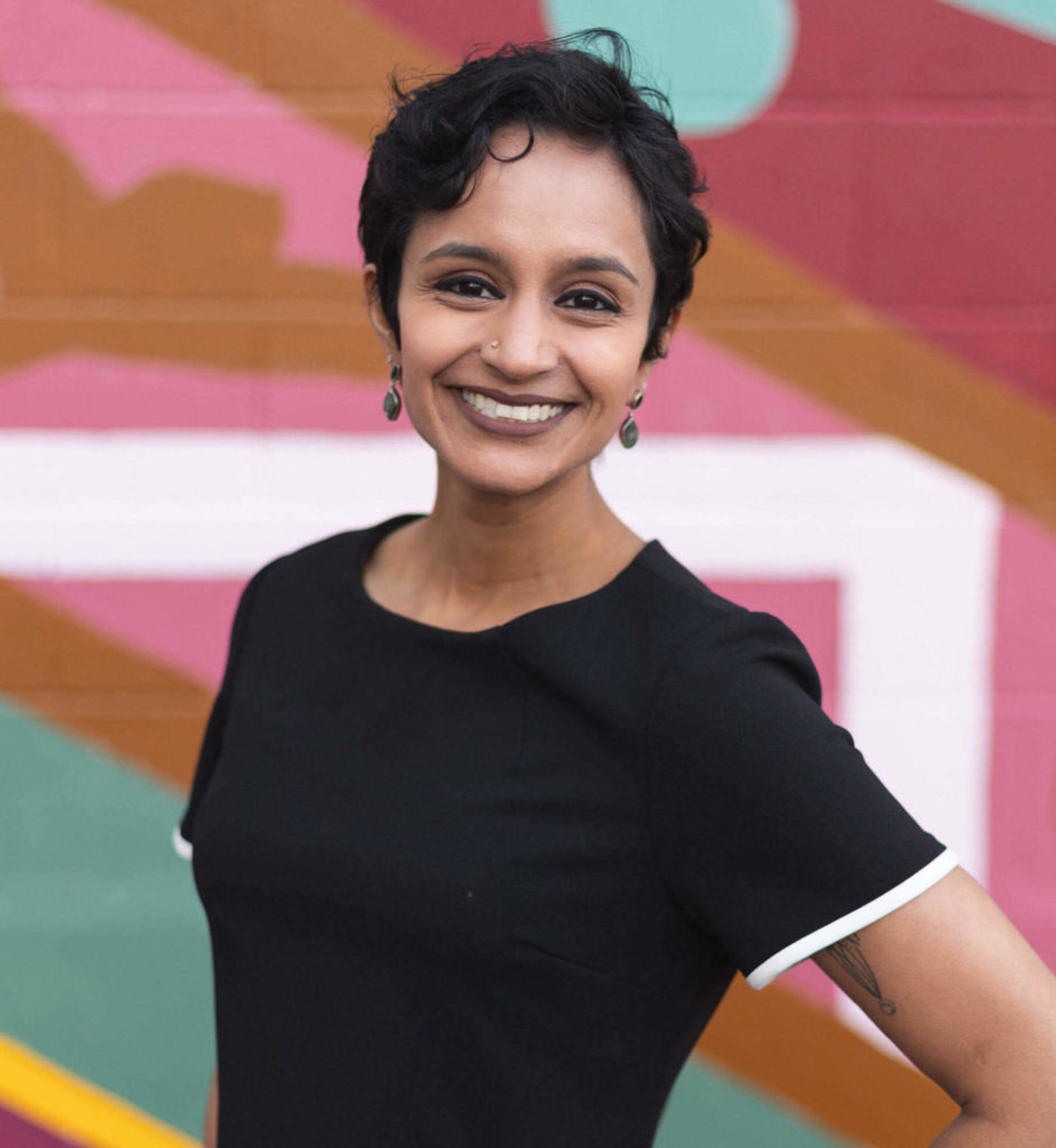 Oakland makes up 66% of Assembly District 18. Yet all the other major candidates live in Alameda or San Leandro. Our district has not had a representative from Oakland since the 1990s. Oakland deserves true representation in our Legislature, and here are some reasons why:

Look no further than the Howard Terminal to see the power that state legislation can have on local issues. Our most recent District 18 assembly member who lives in Alameda, facilitated the development of Howard Terminal by introducing AB 1191 and AB 734 – ultimately to benefit the billionaire Fisher family and their allies. By contrast, a legislator from Oakland would understand the disastrous consequences of the project for West Oakland residents, such as worsening air quality and stimulating rapid gentrification.

A legislator from Oakland would also understand that such a project would threaten the job security of 85,000 workers at the Port of Oakland. As the only major candidate in this election publicly opposed to Howard Terminal, I promise to stand firmly by Oakland community groups in vocalizing my opposition to this project, and any others that prioritize billionaire interests over those of our neighbors.

Oakland has been unable to run our own public schools since the deeply problematic state takeover of OUSD in 2003. This takeover, and the actions by the State-appointed administrator  in running up OUSD’s debt, led to the closure of many majority-Black public schools and the proliferation of charter schools (in fact, OUSD has the highest percentage of charter schools out of any school district in the state).

Oakland deserves a legislator who will prioritize winning immediate return of full local control of our schools to our residents as soon as possible. It takes a genuine understanding of the hardship and trauma that the state takeover inflicted on our City to meaningfully fight for Oakland’s youth at the State Legislature – something that I unequivocally vow to do.

Tenants comprise over 60% of our city’s residents. Thanks to decades of local activism, Oakland has one of the strongest rent control ordinances in the state. However, our city’s hands are tied on many state laws that prevent tenants from being meaningfully protected. For example, the state law Costa Hawkins prevents Oakland from being able to expand rent control to units constructed after 1983 and to single-family homes. Having supported tenants facing eviction in Oakland in the course of my legal career – including during the pandemic –  I’m acutely aware of the need for stronger statewide tenant protections to support our city.

For example, despite Oakland City Council passing a resolution calling upon the State Legislature to repeal the Ellis Act, or at least suspend these evictions during the pandemic, our legislature refused to act. As a tenant advocate who helped launch the coalition that spearheaded Ellis Act legislation, and as a tenant myself (if elected, I would be just 1 of 3 tenants, out of 120 state lawmakers), I would bring a tenants rights framework to our legislature to support the needs of Oakland tenants.

Last year, nearly as many Black Oaklanders died from a gunfire as did from COVID-19. It isn’t enough to just say we need tougher statewide gun control laws – California already has some of the strongest in the country.

Oakland deserves a state legislator who understands the root causes of this violence and the state action needed to address it – including more funding for community-based organizations that do meaningful prevention work, economic development and expanded career opportunities for our youth, and more broadly, treating gun violence as a public health crisis – all of which are pillars of my platform.

This special election, vote for the only Oakland candidate on the ballot, a person who will take action based on the needs of our city, and work towards achieving economic, educational, racial, and environmental justice. Learn more at www.jananiforca.com