How a USF student Brought a Resistance Movement to Campus
Advertisement 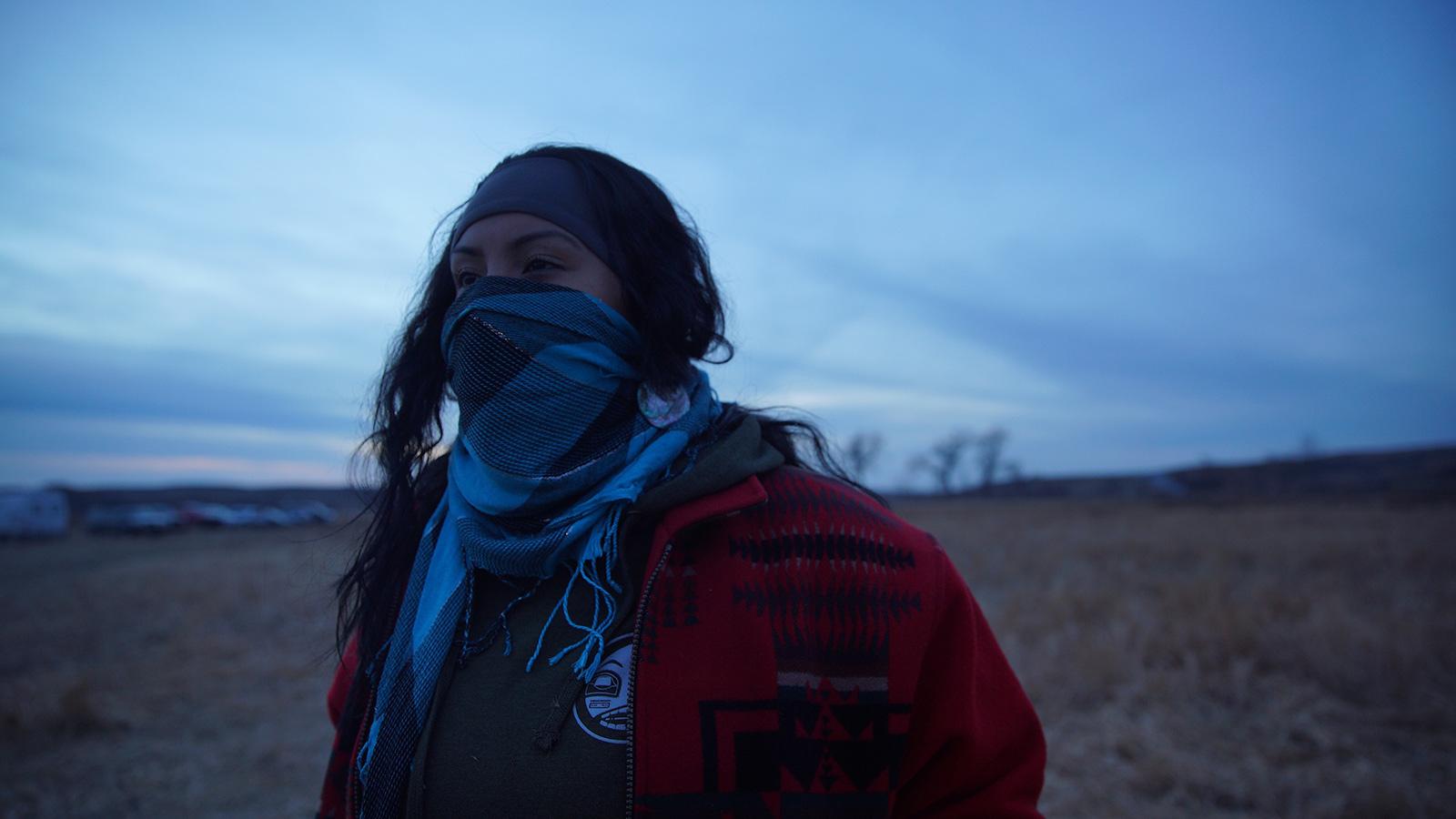 This winter, University of San Francisco student Calina Lawrence joined more than 15,000 protestors at Standing Rock Indian Reservation in North Dakota, where a coalition of tribes and environmentalists camped out for months to block the construction of a controversial oil pipeline.

Many protestors were sheltered only by teepees and tents, enduring snow and sub-freezing temperatures. Authorities used tear gas, water canons, and rubber bullets against them, as they fought against a pipeline they believed could contaminate the community’s only water source and desecrate tribal burial lands.

In November, Lawrence delivered boxes of coats, pants, blankets, first-aid kits, gloves, and hats to the camp — all donated by USFers. She stayed for seven days, marching, praying, giving interviews, and singing protest songs she’d been working on as a performing arts and social justice major at USF.

Lawrence, a Native American from Port Madison Indian Reservation, Washington, says she was “born an activist.” At USF she was the voice of the #NoDAPL (No Dakota Access Pipeline) movement, organizing two campus rallies and a donation drive.

When former President Barack Obama ordered an environmental review of the pipeline’s path in December, delaying construction, Lawrence sensed it was a temporary victory.

“A lot of us knew that it wasn’t over,” she said. “Native people have experienced broken treaties.”

She was right. President Donald Trump reversed Obama’s order soon after he took office. The pipeline’s developer has resumed construction.

Lawrence transferred to USF from community college to join the Performing Arts and Social Justice (PASJ) program. She knew the program’s focus on cultural diversity would give her an opportunity to study and work on indigenous music. She was also attracted to the program’s mission to create social awareness through the arts.

“I’ve had a lot of people tell me that PASJ was created for marginalized people like me to reach people who might not otherwise be aware of our realities,” she said.

As a student she worked with inmates at a San Bruno jail for her Performing Arts and Community Exchange class. The class resonated with her, in part because Native Americans are disproportionately incarcerated or killed by police, she said.

Her senior project, a 15-minute performance piece, blended monologue, singing, and live music to tell the story of how Native American music was made illegal after European colonization.

Last September, Lawrence organized the first USF #NoDAPL event, which drew dozens of students and faculty. In November, she coordinated a follow-up march that drew about 100. Both events included student and faculty speakers, as well as musical performances.

Now Lawrence is at home near Seattle, recording an album that blends elements of contemporary and indigenous music. She remains part of the Standing Rock movement, which is encouraging consumers to divest from banks funding the pipeline’s construction.

In early February, Seattle voted to end its $3 billion relationship with Wells Fargo for that reason.

“Pipelines do break,” Lawrence said. “It’s not if — it’s when. Standing Rock and other Native nations who are fighting Big Oil have no choice but to stand up and fight to protect their water.”