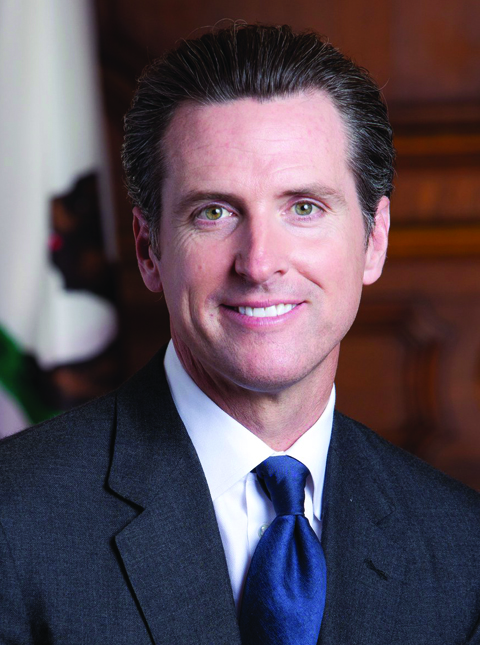 After weeks of negotia­tion, Gov. Gavin Newsom has stepped in to scale back pro­posed legislation that charter school advocates feared would radically slow charter growth.

On Wednesday, the Senate Education Committee passed Assembly Bill 1505, which included a substantial number of amendments that Newsom’s office submitted after numerous discussions between his advisers and representatives of charters schools, organized labor and the bill’s author. Assemblyman Patrick O’Donnell. D-Long Beach. The bill was approved by a 4-3 vote.

Senate Education Committee Chairwoman Connie Leyva. D-Chino. characterized the amended bill as “the makings of a deal with the governor’s office” and said she is “cautiously optimistic’ that remaining issues can be resolved over the summer for passage in the fall.

The California Teachers Association. a co-sponsor of the bill, said it continues to back it. But O’Donnell said he will continue to press for several significant changes, particularly dealing with the process of appealing charter denials. The California Charter Schools Association said it continues to oppose the bill, saying the new amendments did not go far enough to ensure that new charter schools parent requests would be approved.

Hundreds of teachers lined up to state their support of the bill, while hundreds of charter school parents from throughout the state said they opposed it. though it was unclear whether they were speaking out on the original or amended bill.

O’Donnell received the amendments from the governor’s office on Friday. Intense discussions are expected to continue, with the intention of passing a bill this fall that all involved say has many moving parts.

The changes reflect Newsom’s determination to de-escalate tensions around charter school growth and find common ground on reforms. Newsom chose to intervene in a bitter fight between the California Charter Schools Association and the California Teachers Association over a bill that has gained national notice as a bellwether of the charter school movement. Earlier this year, at his urging. the Legislature expedited passage of a bill to require more transparency in charter school operations.

As originally proposed. AB 1505 would have given all school districts broad authority to reject a charter school’s application and renewal after considering the financial impact on neighborhood schools and the district. It also would have curbed a county office of education’s power to overturn a school district’s rejection of a charter school and eliminated another level of appeal to the State Board of Education. The California Teachers Associa­tion, a co-sponsor of the bill, had broadcast TV ads over the last month urging its passage. The California Charter Schools Association ran TV ads oppos­ing the bill.

The amended version nar­rows the grounds for consider­ing a proposed charter school’s fiscal impact, while giving school boards latitude to deny a charter based on other areas of potential impact. It preserves the ability of charter schools to appeal to county offices of education if their petition has been denied by a local school board, with some new condi­tions. It allows the State Board of Education to overturn char­ter denials only in cases that al­lege county offices and school districts ignored requirements of the state charter law.

The new version also sides with charter schools in a ma­jor tussle over a single word change — from “shall” to “may” — in the charter school law. The current law says that a school board “shall” pass a charter petition that satisfies the state’s criteria for approval. O’Donnell had replaced it with “may,” giving school boards more discretion. The new bill deleted his change.

The charter schools as­sociation had characterized the original bill as an effort to “fundamentally gut the char­ter schools act” and had mobi­lized charter school supporters against the bill. At the Senate hearing, Carlos Marquez, Se­nior Vice President for Gov­ernment Affairs for the asso­ciation, said the association continues to have “grave con­cerns” about the bill but recog­nizes that “the window has not closed” for further changes to protect charter schools.

While no longer the dooms­day bill that charter groups had feared, the amended bill would broaden, as well as clar­ify, school districts’ authority to approve and renew charter schools. Some of the amend­ments incorporate the consen­sus recommendations of the 11-member Charter School Task Force that Newsom had asked State Superintendent of Public Instruction Tony Thur­mond to convene. The task force sent its recommendations to Newsom last month.