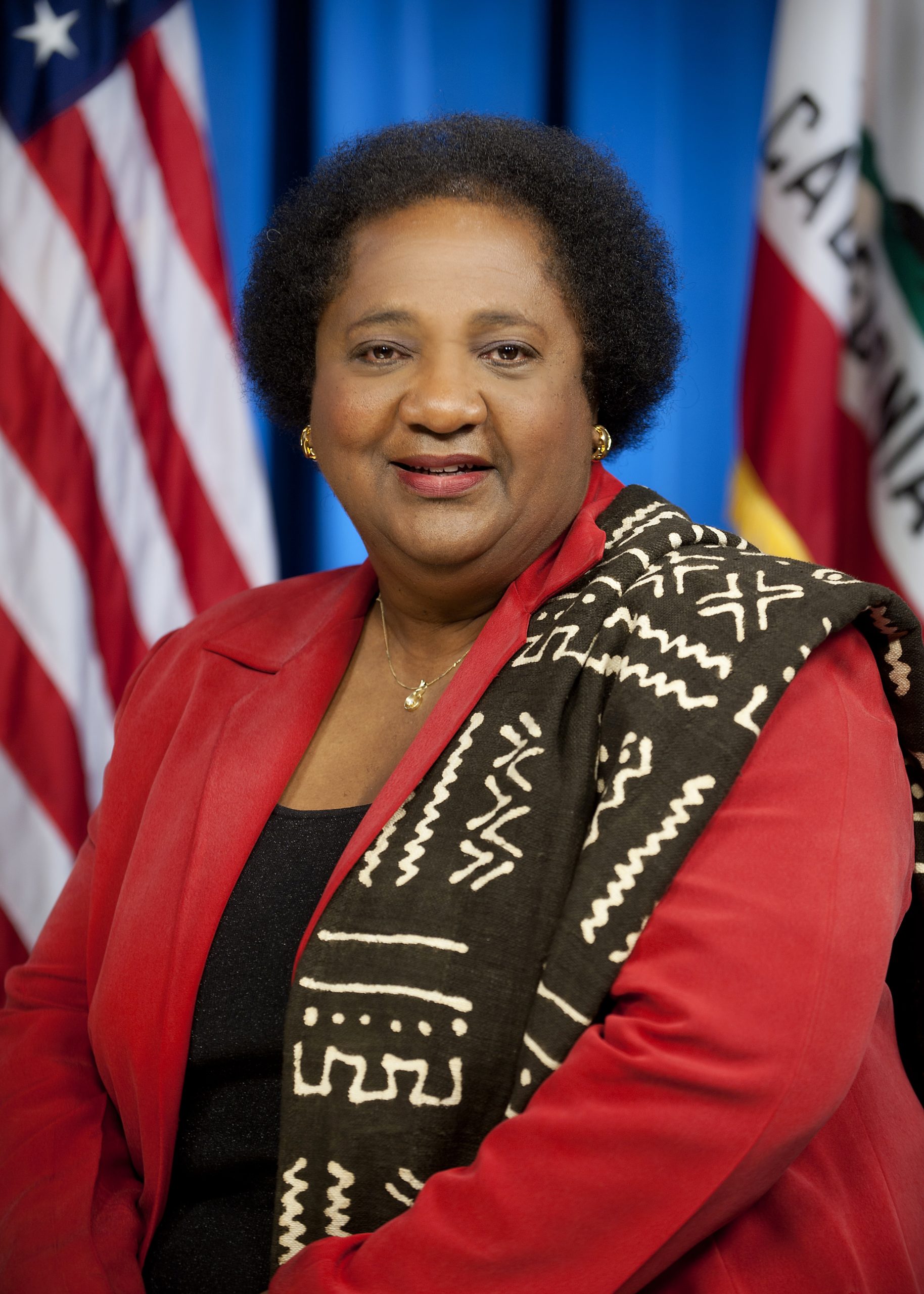 Hours after Gov. Gavin Newsom picked California Secretary of State Alex Padilla to be California’s next United States senator, he announced that he will submit to the State Legislature the nomination of Assemblymember Dr. Shirley N. Weber (D-San Diego) to replace him.

If confirmed, Weber will become the first-ever African American to serve as Secretary of State of California.

The daughter of sharecroppers from Arkansas, Weber’s father didn’t get to vote until his 30s and her grandfather never got to vote because he died before the Voting Rights Act passed in 1965, according to Newsom’s statement.

He described a point in her childhood in South Central Los Angeles where her civic-minded parents set up their living room to serve as a polling place for multiple elections.

“Now, she’ll be at the helm of California’s elections as the next Secretary of State – defending and expanding the right to vote and serving as the first African American to be California’s Chief Elections Officer,” Newsom said.

Weber, an assemblymember since 2012, is a former president of the San Diego Board of Education and a retired Africa Studies Dept. professor for 40 years at San Diego State University. The mother of two children, three grandchildren and is the widow of the late Hon. Daniel Weber, a California state judge.

Her nomination is subject to confirmation by the California State Assembly and Senate. A decision must be made within 90 days.

“I am excited to be nominated for this historic appointment as the Secretary of State of California,” Weber said. “I thank Governor Newsom for the confidence he’s placed in me and his belief that I will stand strong for California.

She acknowledged that being the first African American woman in this position will be a monumental responsibility, but “I know that I am up for the challenge. Expanding voting rights has been one of the causes of my career and will continue to motivate me as I assume my new constitutional duties,” Weber said.

U.S. Representative Barbara Lee immediately expressed her support. “Congratulations to Assemblywoman Shirley Weber on her appointment to serve as California’s Secretary of State,” Lee said in a statement.

“Dr. Weber has been a bold leader throughout her career, most recently on her groundbreaking bill to study and propose reparations for Black people, which Governor Newsom signed into law in September. She is a fighter for equality and a true public servant, and I know she will be a great Secretary of State for all Californians.”

Taisha Brown, the president of the California Democratic Party Black Caucus (CDP Black Caucus) said she is elated over Dr. Weber’s appointment but is still disappointed that the governor did not choose a Black woman, like Lee or Congresswoman Karen Bass, to replace Vice President-elect Kamala Harris in the United States Senate.

“I am happy. I don’t think they could’ve picked a better Black woman to take Alex Padilla’s spot,” Brown said of Weber’s appointment. “But I will say that it is not enough and does not satisfy the fact there is not one Black woman in the United States Senate.”

“I am happy for my former college professor and chair of the CLBC. Her hard work and dedication to public service is a testament of the excellence she demonstrates as a legislator,” Bradford said. “She will do a tremendous job as Secretary of State. I look forward to working with her and her continued leadership.”

Weber chairs the Assembly Budget Subcommittee on Public Safety and the California Legislative Black Caucus. She also serves as a member of the Assembly Standing Committees on Education, Higher Education, Elections, Budget, and Banking and Finance.

In August 2019, Weber introduced and passed historic legislation on police reform, Assembly Bill (AB) 392, also known as the “California Act to Save Lives.”  The measure set new standards, one the toughest in the nation, on the use of deadly force by police.  She has also been a leader on issues of social justice and economic justice.

“I am happy for Dr. Shirley Weber,” said Rev. K.W. Tullos, president of the Baptist Ministers Conference of Southern California. “However, it does not suppress our feelings about the U.S. Senate seat. I look forward to working with Dr. Weber around voter issues.”

In addition, she chairs the Select Committee on Campus Climate, which was created to examine and mitigate hate crimes on California’s college and university campuses. The committee also explored student hunger, sexual assaults, homelessness, and freedom of expression.