Giants lose a tough one to the Yankees
Advertisement

Giants lose, Dodgers one win away from clinching 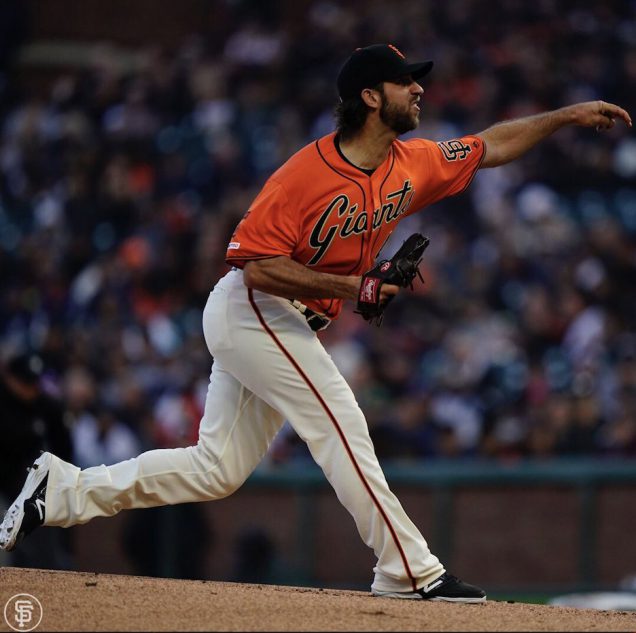 San Francisco, CA –  Madison Bumgarner acknowledged that his stuff was off tonight, again.  Bumgarner recorded his second bad start allowing multiple runs in the first frame.  He gave up eleven runs and that was unacceptable by his standards.

“There were a lot of strikes, just not a whole lot of quality strikes, said Bumgarner.  “A lot of hittable pitches.  I’ve got to do better.  I can’t just put us in a hole like that.”

The Giants 7-3 loss to the Yankees was disappointing.  The fact that thirteen starters currently sit on the injured list is probably a harder pill to swallow.  New York’s supporting cast scored two runs early and closed out the game with a two-run homer in the ninth.

Closer Mark Melancon gave up a double to DJ LeMahieu and a two-run homer to Luke Voit who was just shy of the cycle with his three-hit performance.  The extra two two runs sealed the Yankees victory.  For New York this is unfamiliar territory as well, as this is the second time the franchise has faced off in San Francisco.

Bumgarner tied a career high with 11 hits over 5 2/3 innings.  He records his fourth loss in six starts and while its only the fourth time in his career that Bumgarner has allowed that many hits in seven years it doesn’t make it any easier that this command is still off.

“A touch off with his command, I think that’s fair to say,” manager Bruce Bochy said.  “He had trouble hitting spots at times.  His command was not quite as sharp as it normally is.”

LeMahieu leadoff the game with a double in the first.  Gleyber Torres drove LeMahieu in and former Giants player Cameron Maybin followed with an RBI single of his own to make it a 2-0 lead.  Bumgarner put four on with four hits but managed to get out of the jam.

San Francisco stayed the course and recored their first hit in the first frame as well.  Tyler Austin singled and Brandon Belt followed with a bloop single to right putting two on with one out.  Buster Posey’s sacrifice fly scored in Austin making it a 2-1 game.  But New York kept putting up hits in the third, fifth and sixth innings.

Belt who had some back problems tonight and struggled in left field before he was pulled for the night.  The Yankees took advantage, Voit doubled on a line drive to Belt scoring in LeMahieu before Torres hit into a double play.

“His back was pretty tight and that was on reason why we moved him,” said Bochy.  “For a guy that’s not getting any work out there, its not easy.  We’ll see who we’ll put out there tomorrow.”

By the sixth, Bumgarner gave up back-to-back singles to both Austin Romine and Mike Tauchman.  Thairo Estrada followed with his own RBI single before knocking out Bumgarner for the night.  He gave up 11 hits, five runs, and had five strikeouts.  Bumgarner’s ERA ballooned to 4.30.

The Giants rallied late in the sixth with two runs of their own.  Posey doubled and drove in Austin while Yangervis Solarte’s RBI single cut the lead to 5-3.  But San Francisco’s bats got cold.  A big opportunity came when Zack Britton loaded the bases in the seventh.

Britton gave up three walks to Kevin Pilar, Austin and Belt.  New York went back to their bullpen to Adam Ottavino who struck out Posey to leave all three stranded.  The effort was there but the hole was too deep to climb out of.

“I can’t expect more out of myself than I already do,” Bumgarner said.  “It doesn’t matter who we’re playing or where we’re at.  I’m here to win.”