Founding of the ABPsi & Black Mental health: From Impulse to Impact
Advertisement 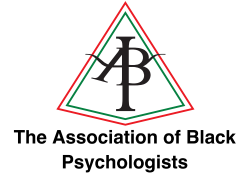 As many of you know, 50 years ago, a small group of professional Black psychologists and students (including myself) walked out of the American Psychology Association (APA). In its silence, we believed, the APA condoned and supported the rampant and deleterious ignorance and racism in psychology as a discipline.

The Association of Black Psychologists (ABPsi) was, in fact, born in the social, cultural, and political vortex of the civil rights and Black power movements occurring in the United States. We as men and women identified ourselves as Black first and psychologists second.

Our association was created to particularly address the significant social problems affecting the Black community and to positively impact on the mental health of the national Black community through planning, programs, services, training, and advocacy. The ABPsi has continually worked to help to eradicate health disparities and barriers to treatment and healing for Black youths and families facing mental health problems.

The ABPsi has successfully fought to prevent the miss-labeling of Black Children as mentally retarded, legally filed Amicus Curiae briefs on racial discrimination; challenged the miss-use of IQ testing; provided expert testimony as to the deleterious effect of the conditions of the San Quinton Adjustment Center on Black inmates; filed an Amicus Curiae brief with the U.S. Supreme Court supporting a petition for rehearing the Legion vs. Weinberger case, highlighting the gross inequities in the Medicare and Medicaid coverage that imposes limitations on medical and mental health care for large numbers of Black patients in public mental hospitals; created the Journal of Black Psychology and the Psych Discourse in order to give unfiltered voice to the expertise of Black Mental health professionals.

The ABPsi challenged the National Institutes of Health’s research on tying genes to crime and identified this research into genetic predispositions to crime research as a blatant form of stereotyping and racism. The ABPsi has developed culturally congruent training methods for mental health providers, such as Trauma Informed Care, Emotional Emancipation Circles, HIV/AIDS prevention and Cultural Competency training for working with African Americans.

The ABPsi responded to the national disaster resulting from Hurricane Katrina and deployed a disaster restoration team to Haiti after the island nation was disastrously traumatized and devastated by the magnitude 7.0 earthquake.

The ABPsi regularly provides Expert Testimony to the Congressional Black Caucus. With the adoption of New Orleans Accord, the ABPsi established the Global Pan-African Initiative and the Joint ABPsi and FAP educational Task Force to further co-create a psychology that respects and reflects the human authenticity and integrity of African people. The ABPsi has dedicated itself to serving, protecting and supporting the restoration of wellness with Black persons, families and community

From a small group of committed Black Professionals to a level of organizational structure that encompassed 4 regions and 12 local chapters throughout the United States as well as international chapters in Canada, Great Britain and Brazil, the ABPsi has grown from an impulse to protect the Mental Health of African American people to an agent of significant impact and service in healing the African American mind.

The Bay Area chapter of the ABPsi is committed to writing a monthly special Critical Black Mental Health issues column for the Post newspaper.

The Bay Area Chapter of the ABPsi can be contacted at bayareaabpsi@gmail.com