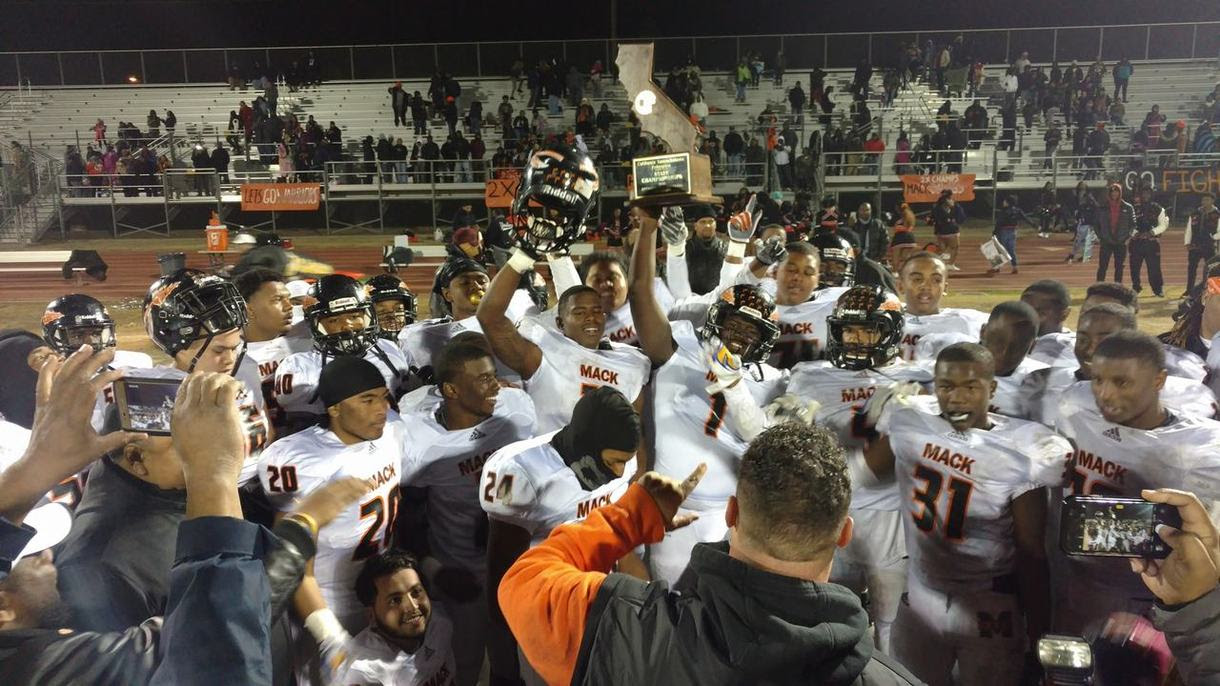 The parade will go through downtown, past Lake Merritt, on International Boulevard, past several OUSD middle schools and most West Oakland schools and back to Mack.

The parade will be followed by a rally at the high school around 4 p.m.

In December, The McClymonds High Warriors took their 13-0 record into Visalia, southeast of Fresno, to take on the Golden West High School Trailblazers in the California Division 5AA Football Championship, and they achieved perfection.

“We went harder, we played faster. Once we got their tempo down, we controlled the game,” said McClymonds senior quarterback, Emoreea Fountain, who threw three touchdowns in the win.

One year ago, McClymonds won the State Division 5A Championship, becoming the first ever Oakland Athletic League football team to win a state championship.

This year, they stepped up a division to 5AA and put together an even more dominant performance.

“They deserve every bit of the accolades. This team deserves all they get because they put in the work. 14-0,” said Head Coach Michael Peters.

When It Comes to Choosing a School in Oakland, Knowledge is Power

Founding of the ABPsi & Black Mental health: From Impulse to Impact