For Malika Imhotep, Devotion to Black Feminist Study Is a Life Practice
Advertisement 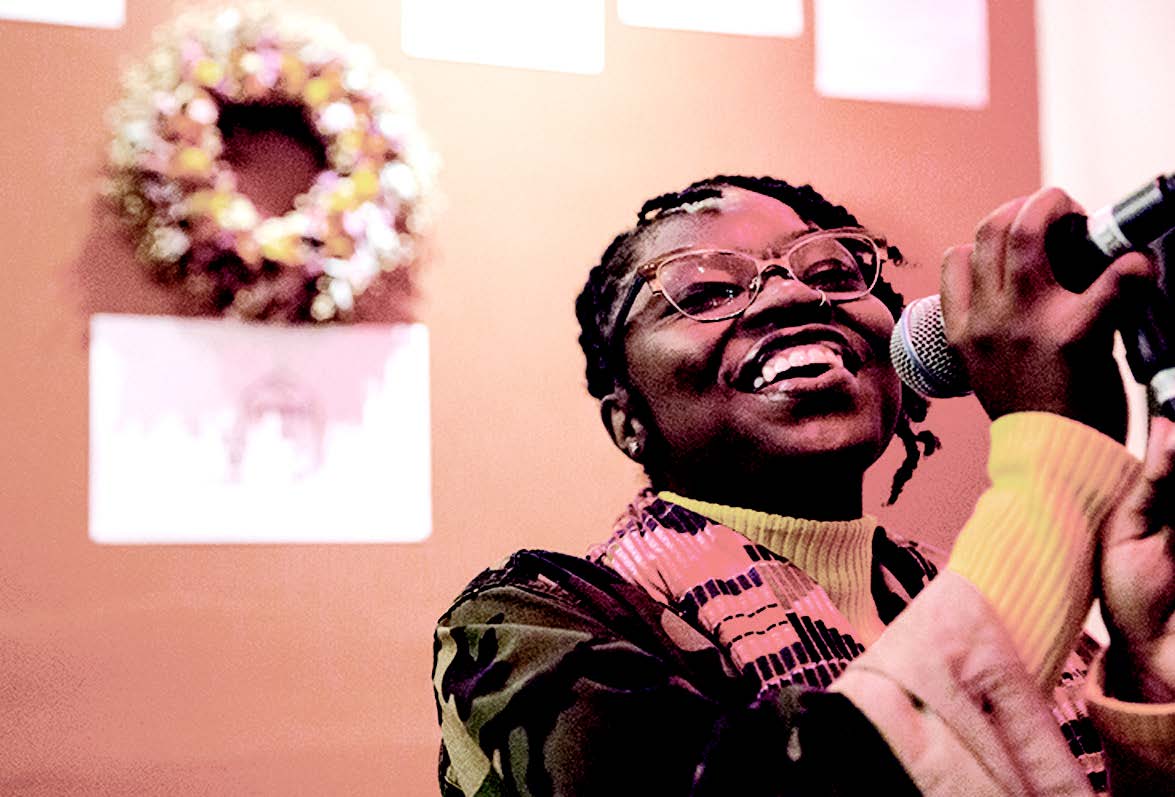 For Ph.D. candidate Malika Imhotep, devotion to black studies is a life practice.

She grew up in West Atlanta, rooted in a community that she calls an “Afrocentric bubble,” in a family of artisans, entrepreneurs and community organizers. Her father was a puppeteer and a writer, and her mother worked as a seamstress, doll maker, social worker and, later, she got involved in local politics.

At UC Berkeley, Malika is studying how Black women, or people marked by black femininity, make sense of themselves as new kinds of cultural workers when confronted by social and cultural barriers.

“I’m interested in how people create new possibilities for themselves, either inside of mainstream society or outside of it, or underneath it or on top of it.”

Malika knew that she couldn’t explore this on her own, holed up in a library somewhere on campus. She needed to be in the community — to find and nurture a group of thinkers who could aid in the development of her research and her personal journey of discovery. 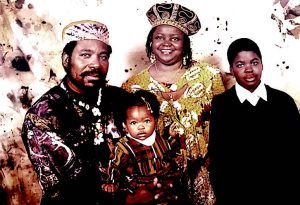 Malika as a baby with her dad, Akbar Imhotep; her
mom, D. Makeda Johnson; and her brother, Garvey
Imhotep. Not pictured is her older sister, Akilah Walton.
(Photo courtesy of Malika Imhotep)

So, Malika, along with Miyuki Baker, a Ph.D. candidate in theater, dance and performance studies, started the Church of Black Feminist Thought.

“So, basically, the Church of Black Feminist Thought is an experimental study group where we come together to learn with and think with and honor the work of black women thinkers, artists, writers, dancers, scholars… everything.”

Every month of the 2018- 19 calendar year, Malika and Miyuki led a conversation — they call themselves co-conveners — usually with about 30 people interested in learning and talking about the contributions of black women change makers.

They talked about singer Nina Simone and novelist Toni Morrison, Amara Tabor- Smith, a performance artist who teaches dance in the Department of Theater, Dance and Performance Studies and Ula Taylor, chair of the Department of African American Studies, among others.

They first started meeting on campus, then moved to Ashara Ekundayo Gallery in downtown Oakland. And for the month of February, they converted a cafe in North Oakland called the Well into the Black Feminist Study Room.

“Miyuki’s and my whole point was to make the teachings of black feminists more accessible and to make it something that wasn’t just kind of hemmed up in an ivory tower, or the ebony tower, for that matter,” says Malika. “And now, it’s just another exercise in accessibility to say, like, ‘You don’t have to sign up to get on the news list. We’re just going to put it on the walls.’”

At each convening, they start with check-ins, do an embodied meditation, then Malika reads an invocation, introducing the theorist they’re going to discuss. They do free writes and share with the group. They break into small groups and discuss readings and quotes by the person. Then, the group comes back together and talks.

It’s a space, Malika says, where everyone is welcome.