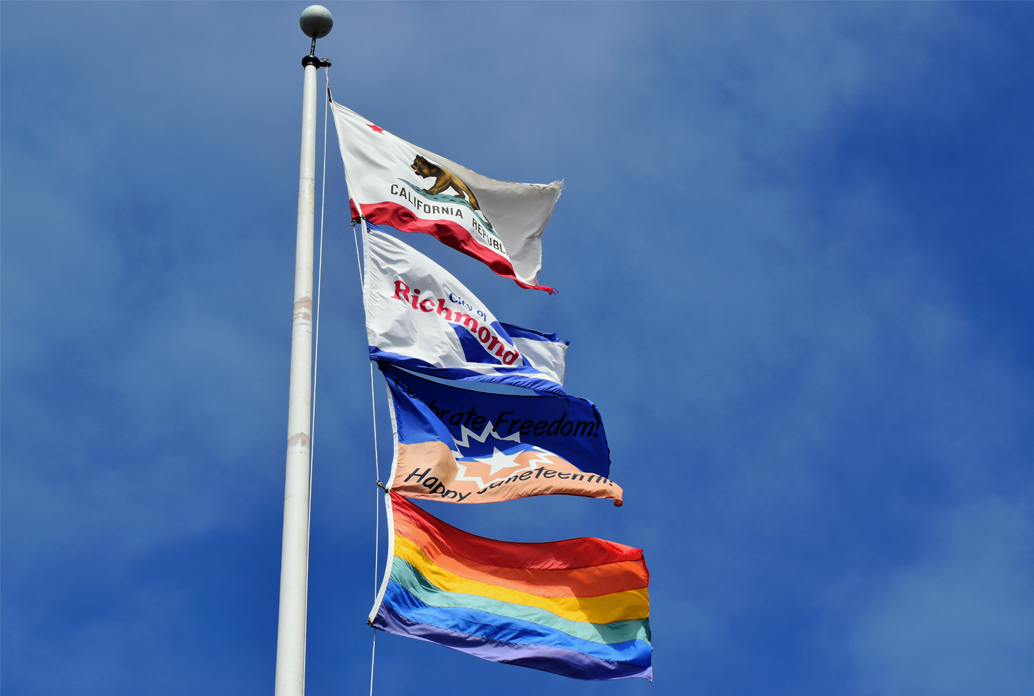 At Friday’s City Hall ceremony attended by about 100 people, Mayor Tom Butt was joined by representatives of Richmond Rainbow Pride and the Juneteenth Parade & Festival Planning Committee in raising two flags on the main flagpole – one commemorating Juneteenth, celebrating the end of African American slavery in the U.S., and another commemorating LGBTQ Pride month. 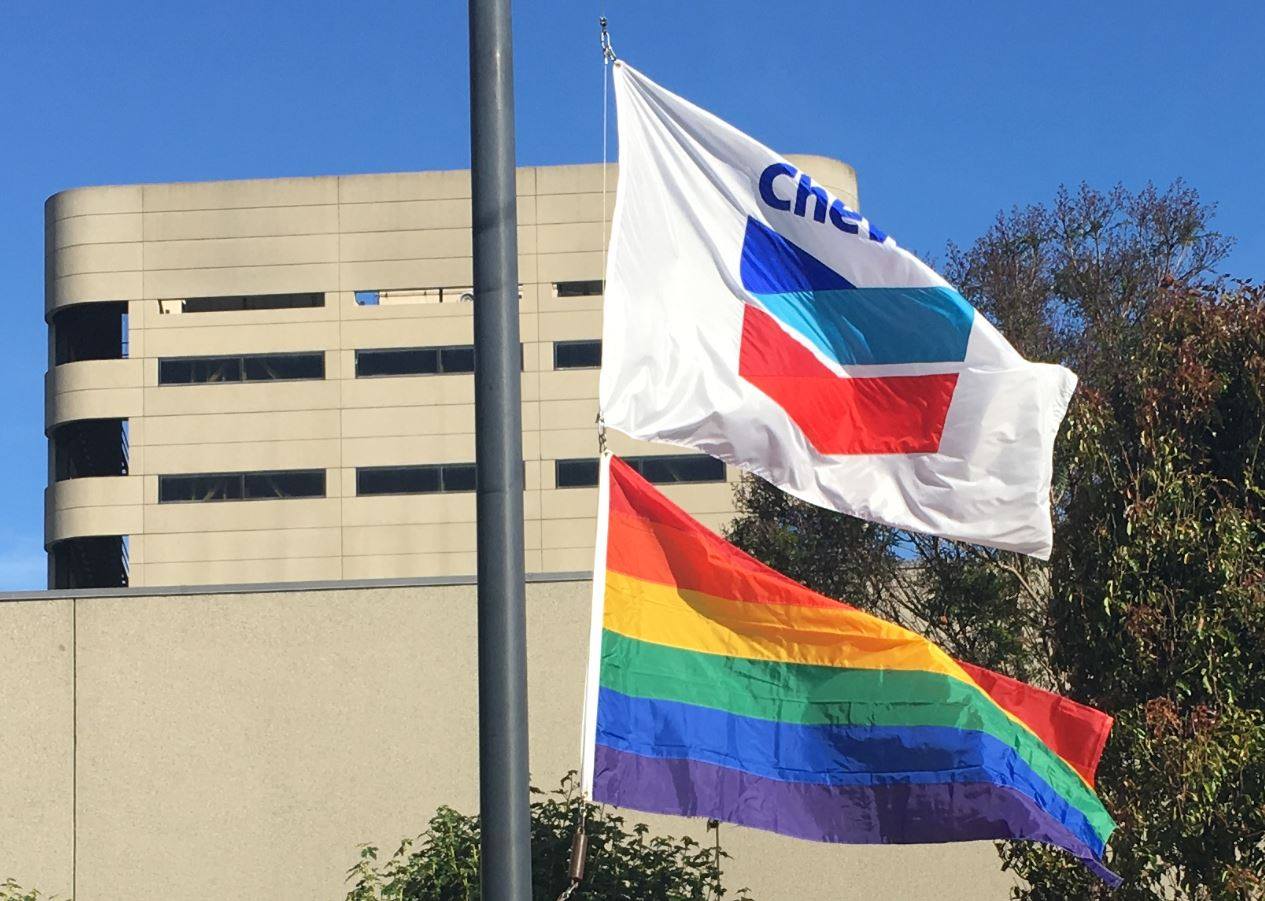 The LGBT Pride flag was raised at Chevron Richmond Technology Center on Wednesday, May 29.

Two days earlier, Chevron Richmond held its own Pride flag-raising ceremony at the Richmond Technology Center. Chevron held the flag-raising celebration as part of the company’s Chevron Way value around diversity and inclusion which promotes “an inclusive work environment that values the uniqueness and diversity of individual talents, experiences and ideas.”

Last Saturday, 26 diversity banners were hung throughout the city — 13 commemorating Juneteenth, which celebrates African Americans and the end of slavery, and the others celebrating LGBT Pride.

At Friday’s flag-raising event at City Hall, Mayor Tom Butt said the city has truly elevated its celebration of diversity.

“We have raised these flags for several years, but we took it to a whole new level, we made a ceremony out of it,” Mayor Butt said. “We are open to everybody and that’s what we are about in Richmond.”

Cesar Zepeda, president and co-founder of the Richmond Rainbow Pride, said the 5th anniversary of celebrating Pride also celebrates 50 years since the Stonewall riots by the gay community in New York City.