Dodgers Back in it with Win Over Cardinals in NLCS
Advertisement

Marcenia Lyle “Toni” Stone: A League of Her Own 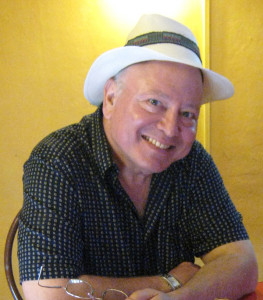 Los Angeles, CA – Being back in front of their home crowd, they did what they knew best, and that’s to win. The Dodgers got back in this series with a 3-0 shutout win over the St. Louis Cardinals in the National League Championship Series.

After going down 2-0 in St. Louis, L.A. made some adjustments to avoid any kind of sweep on their home field. Injured players Hanley Ramirez and Andre Either were back in the lineup. Desperate for a win, the Dodgers played their game despite a fractured rib and micro-fractured leg that hobbles both Ramirez and Either.

L.A. manager Don Mattingly said he didn’t know if both players will be in the lineup on Tuesday but hopes so because even when they are hurting, their presence changes opposing pitcher’s game plans. Hanley is one of many Dodgers that consistently gets on base and he did that last night scoring in Carl Crawford to secure their victory.

“Oh yeah. You know I’ll be ready to go tomorrow, for our fans, for our team and for our city,” said Ramirez. “I’m a gamer. I’ve been saying all year I’m a gamer and I’m going to die on the field.”

“It was better than I thought,” Andre said. “We’ll come out [Tuesday] and see how everything feels. I want to play. We will see. We won’t know until tomorrow.”

In the meantime, it was the Cardinals who walked away baffled after being shutout in game 3. With their ace on the mound, Adam Wainwright St. Louis didn’t provide the defense to back his outing. Simple errors and miscues were the reason the same team that dominated in the first two games, fell apart tonight and let the fourth get away from them.

Mark Ellis leadoff the frame with a double, with the ball dropping in the outfield between center fielder Jon Jay and right-fielder Carlos Beltran. Hanley’s sacrifice fly moved Ellis to third with one out with the scoring run already in place. Adrian Gonzalez hit a RBI single. Yasiel Puig followed with a triple to right field and the Dodgers went up 2-0.

That was the momentum they needed behind a stellar night of pitching from Hyun-Jin Ryu. After questionable concerns on his elbow in the National League Division series against the Atlanta Braves. Ryu was more dominant hitting 95mph with his fastball and changeup. The offense finally came alive after going 1-for-16 with runners in scoring position in the first two games of the NLCS.

“All I was thinking about was the fact that we were down 2-0, and I told myself this could potentially be the last start I pitch here this year,” said Hyun-Rin. “So, I focused from the very first pitch, I just zoned in and I was able to get a good result.”

St. Louis suffered a huge loss when David Freese left the game with a strained right calf. He provided the first hit in the fifth when he leadoff the frame with a single to right-fielder Puig who almost caught the ball on a diving catch. Matt Adams followed with single to right field past second baseman Mark Ellis.

This was the best position the Cardinals had been all night. They had two on with no outs but the Dodgers turned the double play, which was crucial. Daniel Descalso pinched run for Freese who was injured while at-bat and got doubled off second base after Jon’s fly ball to left field. Pete Kozma grounded out to third baseman Juan Uribe to second baseman Ellis to end the threat.

“That was big,” said Mark. “You don’t want to give them any momentum at all. We got a break, a smart baseball player made a mistake and I don’t think he’ll do that again.”

Crucial mistakes by St. Louis led to an effortless performance by the Dodgers offense. Descalso was the last base runner to reach scoring position for the remainder of the game. The Cardinals have struggled in producing runs, they’ve only scored more than three runs in just two of eight playoff games.

“We made a few mistakes we don’t normally make, and when you do that you’re going to lose,” said Daniel. “They had momentum there, scored two runs in that inning. Runs have been hard to come by in this series, and they got the momentum, go the crowd behind them, and we couldn’t answer.”

Kaepernick, Slow to Pick Up Where He Left Off Last Season