Demands to Cancel Rent Escalate During COVID-19 Shut Down
Advertisement 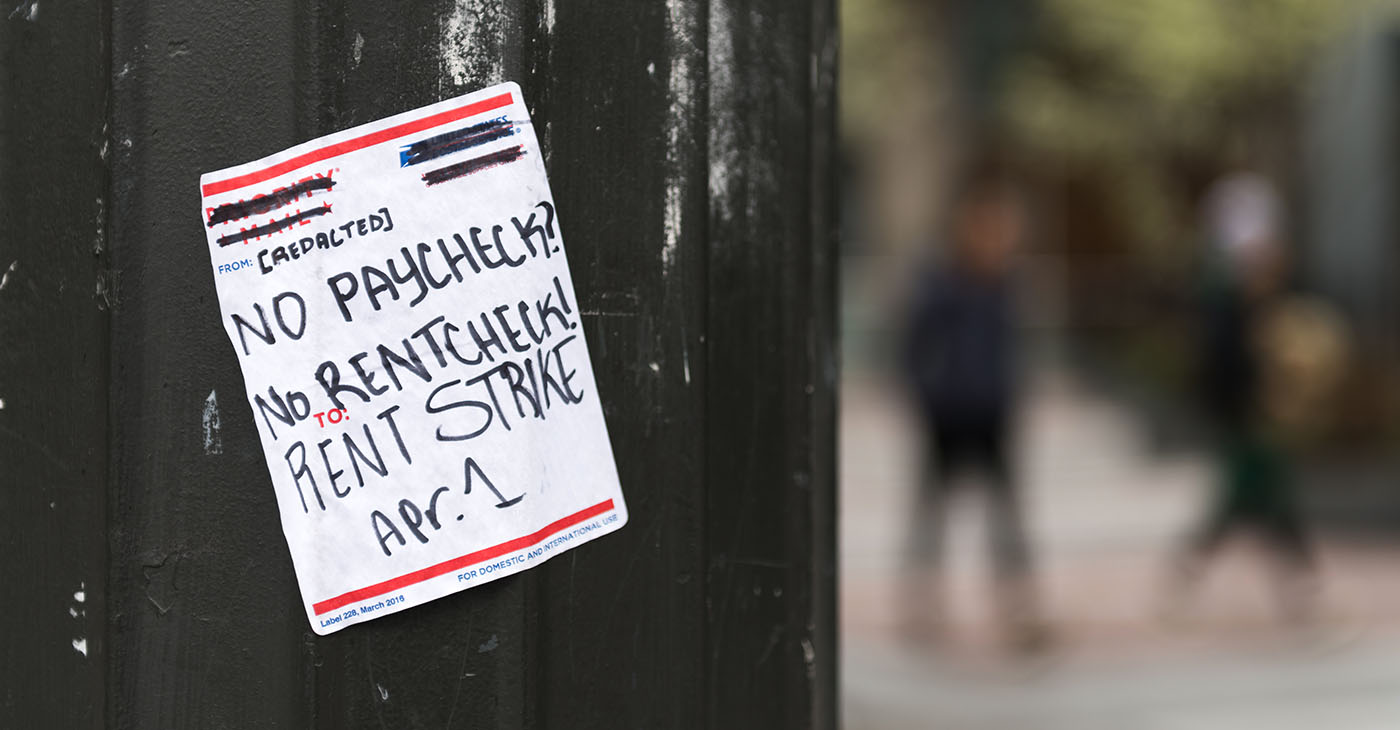 According to the ACRE report, “Extending current moratoriums on evictions is not enough. (Photo: iStockphoto / NNPA)

As a caravan of organizers departed a Dollar Tree parking lot in Oakland with various rent strike signs and flags attached to their vehicles Friday, May 22, a passing motorist honked and yelled out of their driver side window, “Thank you! Thank you for that!”

Leaving at around 3:15 p.m. the caravan headed to 10 Mosser Captial owned buildings in Oakland to spread the word of their strike. They then regrouped to head to San Francisco by 5:30 p.m. in order to, “issue CEO Neveo Mosser a 30-day notice to pay to cancel rent or quit,”  per a mass-distributed email said, which included the hashtags #MakeThemPay #CancelRent.

The caravan was led by a campaign hub for organizations called The Action Center on Race and the Economy (ACRE). The campaign hub website says it is “working at the intersection of racial justice and Wallstreet accountability.”

Before the economy was shut down due to COVID-19, organized movements like Moms 4 Housing, a group of homeless moms who took over a corporate-owned home late last year to make a point that housing was available but kept unaffordable on purpose, was already being organized and in action. Now that many people have been forced out of work since March, the pressure to cancel rent has increased.

In an e-mail detailing the plan and route for the caravan, an attachment from ACRE titled Make Them Pay explained the rent cancelation demands.

According to the ACRE report, “Extending current moratoriums on evictions is not enough. Those moratoriums do not alleviate the growing financial burden of unpaid rent, mortgage, utility, and other housing-related bills that will come due in the near future. Millions of Americans won’t be able to pay months of housing expenses after eviction moratoriums expire and the economy reopens. That’s the harsh reality.”

It also said organizers identified more than 200,000 people who engaged in rent strikes on May 1 across the country.

Protesters Demand Hotel Rooms for Homeless During Rally and Occupation