The March on Washington Movement was the most militant and important force in African-American politics in the early 1940s.  It was formed to protest segregation in the armed forces and the exclusion of people of color for defense jobs and New Deal programs.

Early lobbying efforts to desegregate the military had not persuaded Pres. Franklin D. Roosevelt to act.  In response, A. Philip Randolph, a labor organizer and founder of the Brotherhood of Sleeping Car Porters and the Negro American Labor Council, proposed the idea of a national, Black-led march on the Capitol city to highlight the issue.

But the march never happened.

Roosevelt agreed to issue an executive order forbidding discrimination against workers in defense industries and government, and establish the Fair Employment Practice Committee to investigate charges of racial discrimination.  In response to Roosevelt’s actions, Randolph called of the protest.

It was the largest gathering for civil rights of its time.  An estimated 250,000 people attended the momentous event.  Held at the National Mall, attention was focused on employment discrimination, civil rights abuses against Blacks, Latinos, and other disenfranchised groups, and support for the Civil Rights Act that the Kennedy administration was attempting to pass through Congress.

The March on Washington for Jobs and Freedom was a collaborative effort, but the original idea came from Randolph.  Other sponsors were Roy Wilkins, Whitney Young, Martin Luther King Jr., James Farmer, and John Lewis, all leaders of major civil rights groups.  Including Randolph, the men were known collectively as the “Big Six.”

This march became one of the defining moments of the civil rights movement, and one of the most iconic speeches in American history, “I Have a Dream,” was delivered that day by King.

Cicely Tyson appears on the TV show “East Side, West Side,” becoming the first African American to land a major role in a television series.

Sidney Poitier wins an Oscar for Best Actor for his role in the film, “Lilies of the Field.”

Marian Anderson and Ralph Bunche are the first African Americans to win the Presidential Medal of Freedom.

Sam Cooke and his band are arrested after trying to register at a whites-only motel in Louisiana.  Shortly afterward, he records “A Change is Gonna Come.”

Mysterious Vaping Lung Injuries May Have Flown Under Regulatory Radar

Even as the pandemic has laid bare societal inequities that have long eroded the foundation of our democracy, political leaders in Washington and in state capitols are mired in a level of rancor and partisanship not seen since the ideological struggles over the Vietnam War. 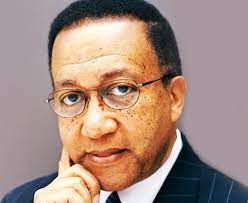 Even as the pandemic has laid bare societal inequities that have long eroded the foundation of our democracy, political leaders in Washington and in state capitols are mired in a level of rancor and partisanship not seen since the ideological struggles over the Vietnam War.

This toxic atmosphere has left them incapable of addressing pressing, yet ingrained issues like the racial wealth gap, the digital divide, and vast inequalities in everything from health care to home ownership.

With COVID-19 still an omnipresent concern and the country’s recovery still very much in jeopardy, individuals, families, and communities – particularly communities of color throughout the South – are struggling to deal with issues that have only been exacerbated by the pandemic.

From impediments to wealth creation opportunities and a dearth of education and workforce development to a lack of access to reliable broadband, substandard housing, and inadequate political representation, communities of color have suffered an outsized toll during the ongoing public health crisis.

Yet political leaders can’t even agree on basic facts that would allow the nation to implement a coherent national strategy for combatting a pandemic that appears to be entering a new wave amid the rise of the highly contagious Delta variant that is currently ravaging parts of the South.

Against that disillusioning backdrop, there is at least some reason for hope. Moving to fill the vacuum created by the inaction of our political class, a group of business leaders in the technology and investment sectors have embarked on a far-reaching – and perhaps unprecedented – campaign to address the social inequities and systemic racism that has historically plagued our country’s southern communities.

SCI was formed to work with local elected officials and advocacy groups to tackle the ubiquitous problems of structural racism and inequalities facing communities of color in six communities throughout the South. SCI notes that these areas – Atlanta, Ga., Birmingham, Ala., Charlotte, N.C., Houston, Texas, Memphis, Tenn., and New Orleans, La., – were chosen in part because they are home to around 50% of the country’s Black population and are where some of the greatest disparities exist.

In Atlanta, for example, SCI is working to bridge the wealth gap that exists among the region’s African-American residents. While there is a strong Black business community in the city, and high levels of Black educational achievement thanks to the regional presence of several Historically Black Colleges and Universities (HBCU) and the voice of the Black press, there is still an extremely low level of Black entrepreneurship and business ownership with only 6% of employer firms being Black-owned.

To remedy this disparity, SCI is working with the Southern Economic Advancement Project to create entrepreneurship hubs and accelerator programs to increase the number of minority-owned businesses. The corporations behind SCI are also using their networks to help other companies work with minority-owned supply companies.

In Alabama, SCI is seeking to bridge the massive digital divide in an urban area where 450,000 households are without connection to the internet. In order to tackle the crisis, SCI is leveraging relationships with local schools and libraries to distribute laptops and service vouchers. Another tact SCI is taking is to partner with the owners of multi-unit buildings in low-income neighborhoods to install free public Wi-Fi for residents.

The lack of access to capital is another reason Black communities throughout the South have been traditionally underbanked. In Memphis, where 47% of Black households are underbanked, SCI is partnering with Grameen America to cover the $2 million per year per branch start-up cost to build brick-and-mortar banks in minority communities.

This alone will provide 20,000 women access to more than $250 million per year in financing.

Beyond these initiatives, SCI is partnering with groups like the Greater Houston Partnership and the Urban League of Louisiana to provide in-kind support to improve job outcomes for minority college students, expand access to home financing through partnerships with community development financial institutions, and harness the power of technology to expand health care access in underserved urban and rural neighborhoods.

The issues facing these communities throughout the South are not new nor will they be fixed overnight.

Fortunately, SCI is taking a long-term approach that is focused on getting to the root of structural racism in the United States and creating a more just and equitable country for every American.

A once-in-a-century pandemic and a social justice movement not seen since the 1960s were not enough to break the malaise and rancorous partisanship in Washington. Fortunately, corporate leaders are stepping up and partnering with local advocates and non-profit groups to fix the problem of systemic injustice in the U.S.

We, therefore, salute and welcome the transformative commitments of the Southern Communities Initiative (SCI). There is no time to delay, because as Dr. Martin Luther King Jr. so accurately said, “The time is always right to do what is right.”

Chief Smith’s experience serving in leadership roles in every U.S. Park Police field office has provided her with an unmatched foundation to lead the diverse agency,” said Flynn, who oversees law enforcement programs at USPP. 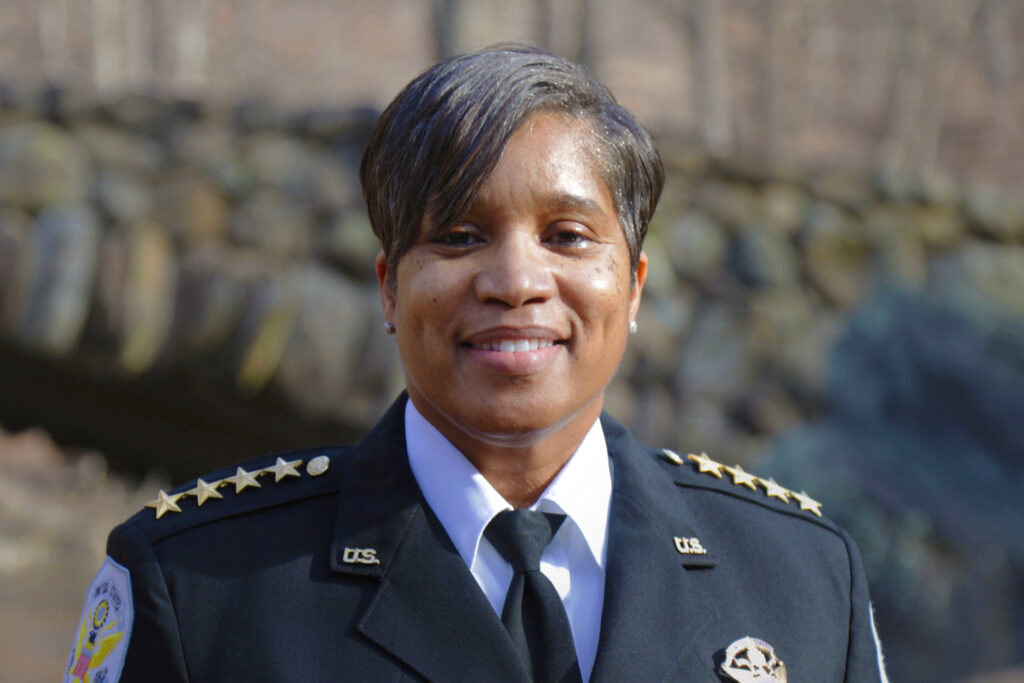 Smith, who became the first African American woman to lead the 230-year-old agency, immediately remarked that she would establish a body-worn camera program for USPP within 90 days.

The program will initially begin in San Francisco and be implemented across the country by the end of the year, Smith said.

“Body-worn cameras are good for the public and good for our officers, which is why I am prioritizing implementing a body-worn camera program within my first 90 days,” Smith offered in a statement.

“This is one of the many steps we must take to continue to build trust and credibility with the public we have been entrusted to serve.”

Smith earned a bachelor’s degree in Education from the University of Arkansas at Pine Bluff and graduated from the FBI National Academy. She is a member of the National Organization of Black Law Enforcement Executives and the International Association of Chiefs of Police.

Smith was the first woman to lead the New York Field Office as its Major.

At the USPP, she will lead a 560-member workforce that protects the public, parks, and the nation’s most iconic landmarks in Wash., D.C., New York City, and San Francisco metropolitan areas.

“Chief Smith’s commitment to policing as public service and her willingness to listen and collaborate make her the right person to lead the U.S. Park Police at this pivotal moment in our country,” Shawn Benge, deputy director exercising the delegated authority of the NPS director, noted in a statement.

“Over the coming months, the leadership of the National Park Service will explore opportunities with Chief Smith designed to strengthen our organization’s commitment to transparency. Her personal and professional experience make her acutely aware of and ready to meet the challenges and responsibilities that face U.S. Park Police and law enforcement agencies across the nation.”

“Chief Smith’s experience serving in leadership roles in every U.S. Park Police field office has provided her with an unmatched foundation to lead the diverse agency,” said Flynn, who oversees law enforcement programs at USPP.

“As federal law enforcement officers, the U.S. Park Police officers have a new opportunity each day to give their best to the American people. Chief Smith exemplifies that approach as a colleague and mentor, and she will be instrumental in refining and shaping the future of the organization,” Flynn said.

Smith declared that she would lead by example and expects all officers to display integrity.

“I have dedicated my career to the professionalism of law enforcement, and it is my highest honor and privilege to serve as chief of police,” Chief Smith declared. “Today’s officers face many challenges, and I firmly believe challenges present opportunities. I look forward to leading this exemplary team as we carry out our mission with honesty and integrity.”