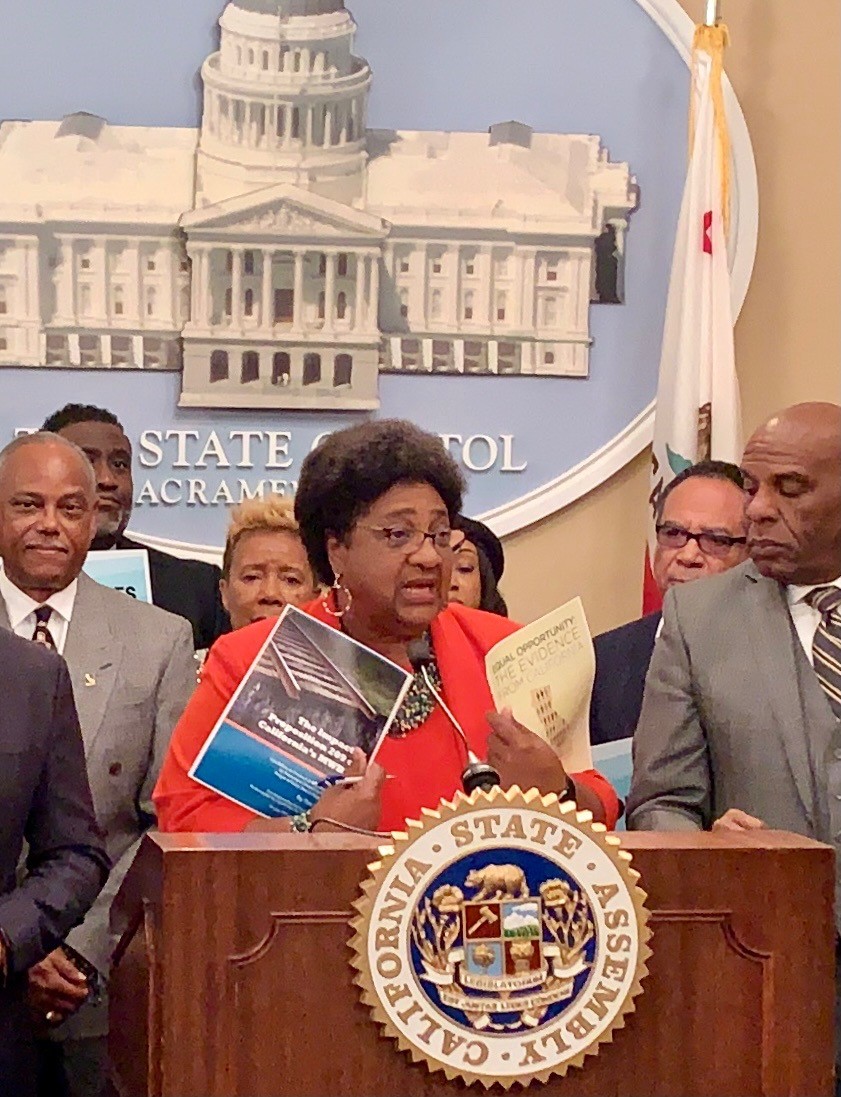 On Nov. 3, voters will determine the fate of Proposition 16. If approved, it will repeal the ban on affirmative action written into the California Constitution after voters approved Prop. 209 in 1996.

The Constitution reads, “The state shall not discriminate against or grant preferential treatment to any individual or group on the basis of race, sex, color ethnicity, or national origin in the operation of public employment, public education, or public contracting.”

The campaign behind Prop 209 purposely omitted the phrase “ban affirmative action” in the ballot language because voter polls indicated that if it was used, support for the initiative dropped below 50%.

California is among just nine states outlawing affirmative action policies and programs in public education and government offices. Prop 209 halted all of the state’s affirmative action programs to increase the representation of racial, gender, and ethnic groups that have historically been discriminated against in access to public education, jobs, and business opportunities.

Prop. 16 is on the ballot because a supermajority of the legislature passed Assembly Constitutional Amendment (ACA)-5. This initiative was introduced by Assemblymember Shirley N. Weber (D-San Diego) and co-sponsored by the Legislative Black Caucus.

According to Weber, “While it was sold as a civil rights law when it passed in 1996, Prop. 209 has cost women and minority-owned businesses $1.1 billion each year, perpetuated a wage gap wherein women make 80 cents on every dollar made by men, and allowed discriminatory hiring and contracting practices to continue unhindered. Far from being colorblind, the bill has set up barriers to women and minorities to share in the economic life of California. Proposition 209 has hindered public policy, thwarted opportunity, and maintained economic disparity long enough. It’s time to give voters a chance to right this wrong.”

Prop. 16 will allow any state agency, city, county, public university system, community college district, or school district to establish policies and programs that can factor in someone’s race, sex, and ethnicity in making decisions on admissions, spending, and hiring. It will not permit the use of quotas.

While the public debate about repealing Prop. 209 has fixated on the fairness of admissions policies at California colleges and universities and its detrimental impact on minority matriculation on the campuses, concerns about violating Prop. 209 has for over two decades impeded policymakers from instituting programs in K-12 public schools specifically tailored to close the Black student academic achievement gap.

“Repealing Prop 209 will enable our Local Control Funding Formula (LCFF) to address the needs of our most vulnerable students,” said Dr. Elisha Arrillaga, executive director of the Education Trust-West.

Weber has twice proposed legislation, AB 2635 and AB 575, which would have directed LCFF funding to Black students who currently are the lowest-performing racial-ethnic subgroup on standardized assessments. Both times, concerns about violating Prop. 209 were raised and the bills failed.

Polling for Prop. 16 shows it not being well received by likely voters. The Public Policy Institute of California (PPIC) found 37% support. The Education Trust-West poll reports 66% of parents of K-12 students supported it and a poll conducted by David Binder Research found 45% support for the initiative.

Because the phrase “ban affirmative action” was cleverly not used in Prop. 209, the challenge for the Yes on 16 Campaign is to clear up voter confusion about repealing a law that says you can’t discriminate at the same time it denies racial and gender equity.