COMMENTARY: Stand Up and Be Counted – Make Black Count – Be Powerful
Advertisement 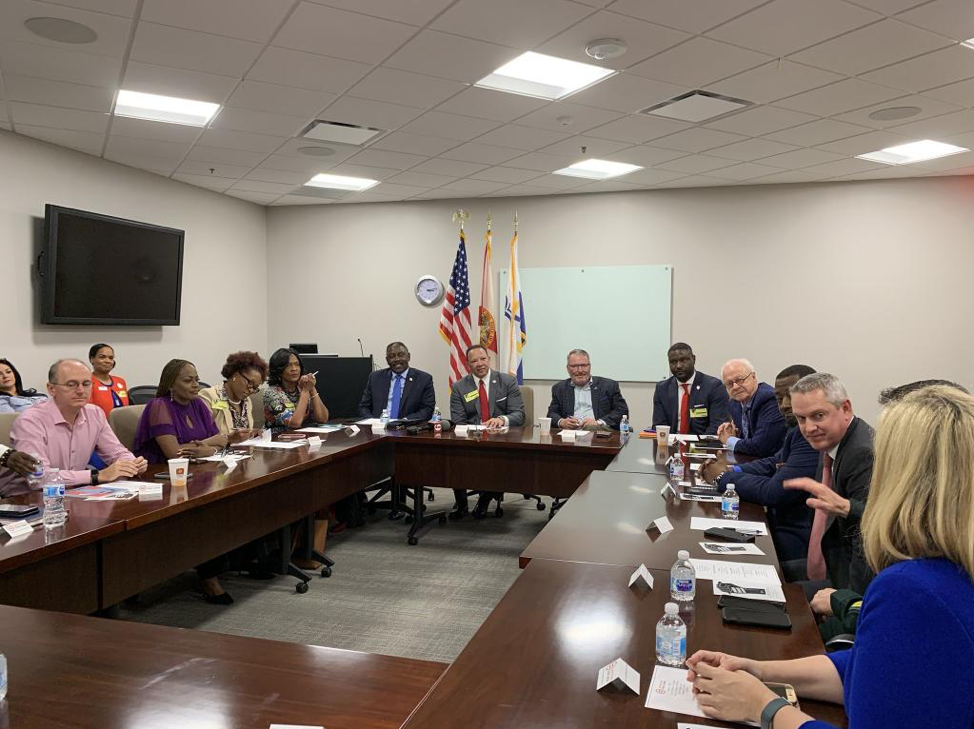 Last week, National Urban League (NUL) President and CEO Marc Morial spent the day in Central Florida to discuss and emphasize the importance of the 2020 census.

Morial, who has led the National Urban League since 2003, is at the helm of the country’s oldest civil rights and urban advocacy organization, which through 90 affiliates serving 300 communities empowers more than two million people annually.

With the 2020 census already beginning to reach homes in the United States, Morial joined Central Florida Urban League President and CEO Glenton Gilzean Jr. to host a series of events meant to help remove any and all obstacles that threaten an accurate count in the Black community.

Morial noted that individuals can be counted online, via the phone, through mail or if none of those options are available to them, through a visit to their home by a census taker.

“Don’t underestimate the power of the local news. Keeping this message in front of the people, with radio and the newspapers, works. The challenge for mayors and legislatures is to keep this going until the end of July,” emphasized Morial.

Adding to the discussion was Mayor Demings, who spoke about exceeding the 70 percent goal that the census has established as a measure for success. The mayor has also scheduled meetings with ministers and different community organizations to emphasize their participation.

“The census is a once-in-a-decade national civic engagement activity, and it requires that everyone is counted, said Glenton Gilzean Jr. “Our founders embedded the census into the Constitution for a reason.”

While reaching local elected officials was important, that evening, the CFUL and Spectrum jointly held a townhall with Morial, enabling this message to reach homes across Central Florida. The public event, which will be aired on My News 13 and Bay News 9 in the coming weeks, emphasized how a census undercount would hurt Black communities.

In 2010, the State of Florida was ranked third in the country in unresponsiveness. This led to an estimated 71,000 children who were not counted and an underfunding of $67 million annually. Locally, nearly 7,000 children are on the waiting list for early childhood education due to the 2010 undercount and lack of subsequent resources.

“Open your voice at work. Open your voice in community organizations. Open your voice with the social media. Accurate counting determines money and power, and the leadership must ensure we get an accurate count,” added Morial. “Our leaders must take charge of the conversation in our community and shape our future. The town hall meeting was excellent, and it created awareness and education for everyone who attended.”

“I encourage everyone to watch this town hall when it airs locally to ensure they are not dissuaded by misinformation, and to realize how critical the upcoming count is. Remember: everybody counts,” said Glenton Gilzean Jr.