By Michele Brown, author of Adventures of Gideon: Kingdom Principles and Life Lessons My Dog Taught Me

What do you get when you mix the daughter of a Baptist pastor, an educator mother with acting aspirations, the 4H Club, a Guatemalan caregiver and the rural-meets-urban multicultural landscape of the Richland Farms neighborhood in Compton, CA? You get the rich, bilingual personal history of screenwriter/director, Camille Tucker.

“People from Compton take great pride in their hometown given all the negative stereotypes associated with it,” says the screenwriter. As a member of one of the first families of Compton, she knows first-hand how negative perceptions can shape a community. Her father was the former mayor of the city. She grew up in a home that hosted Harry Belafonte, Jesse Jackson, Sr. and Sidney Poitier. Camille knows a little bit about being from a high-profile family and the dynamics that accompany it. 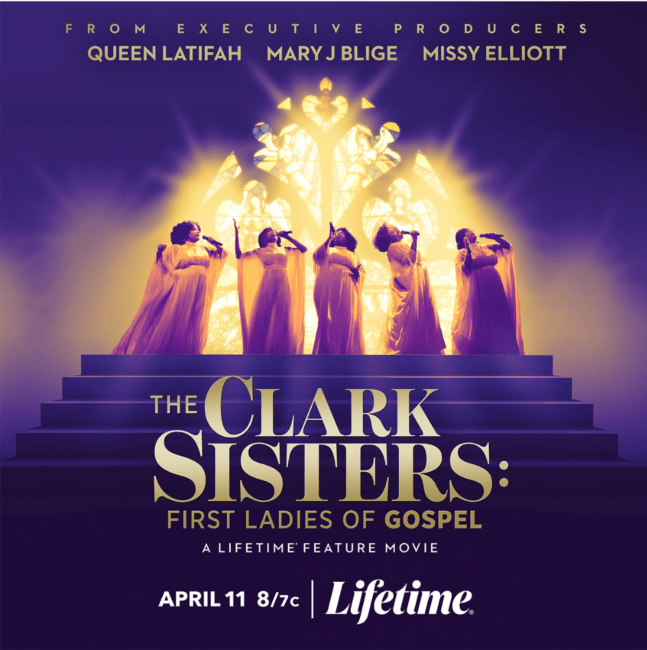 On the eve of the premiere of the Lifetime TV biopic, The Clark Sisters: First Ladies of Gospel, The Burton Wire caught up with the co-writer of the film to talk perseverance, music, family and representation. Like the rest of us, Camille is working from home – fielding calls from well-wishers excited about the production of her first script.

The Journey to the Screen

While this may look like an overnight success, it is not. Tucker has been in and around Hollywood since college (UCLA). A chance meeting at a barbeque produced the opportunity to co-write a script (Golddiggaz) with legendary director, John Singleton. Her screenwriting success continued with the sale of seven screenplays and a TV pilot to several major studios – Sony, Universal, New Line, Fox TV and Disney Studios.

All this in preparation for the 15-year journey to the screen of her first produced script. Talent and opportunity were bathed in faith for this ordained Christian minister and Biola University Associate Professor of screenwriting. “In 2005, when we started pitching this (she was working with Moesha Show Runner Sara Finney-Johnson), these kinds of stories were not considered without A-list Black woman star power like Halle Berry or Angela Bassett attached,” said Tucker. Fast forward to 2017. Sara is committed elsewhere, and Camille is on her own. The cultural landscape has radically changed, and Hollywood is finally ready to tell the story of a legendary family of black women whose sound has shaped R&B, Pop, and gospel music for generations.

The film’s original producer, Holly Carter (Preachers of L.A.), partnered with Queen Latifah and Tucker was hired to develop the story. She expertly navigated several decades and the development of an ensemble cast whose nexus was the family matriarch, Dr. Mattie Moss Clark, brilliantly played by Aunjanue Ellis. Tucker successfully developed the script and it was sold to Lifetime TV. They brought on Sylvia L. Jones – the two black women screenwriters share writing credit on the film.

The beauty of this story’s journey has facets. This is a story about Black women – written, directed and produced by Black women. “You’ll see this story through an authentically Black lens. Young Black women will see this and know they can do it too,” says Tucker. The film showcases the most uplifting of music genres, gospel music. The Clark Sisters brought it outside of the four walls of the church into the mainstream. Tucker’s story of persistence and patience showcases the power of an idea in its journey to the screen – much like the story of this family – excellence over easy always.

The film highlights the influence of a matriarch who was a trailblazer in her own right – a five-time gold record recording artist and the International Director of Music for the Church of God in Christ. Each of these achievements almost unheard of for a Black woman at that time. Dr. Mattie Moss Clark did this and so much more. She endured great pain at the hand of the two things she loved the most, her husband and her church. Yet she held fast to her vision and taught her daughters to do the same.

Now the world will get to see the story of a great family that faced the same issues we face and through it all, they managed to use their gift of music to offer hope to the world. The world could use some of that right now.

The Clark Sisters is a love letter to Black women and we graciously receive it. The Clark Sisters:  The First Ladies of Gospel airs on Lifetime and can probably be streamed on your local cable network.

This article was written by Michele Brown, author of Adventures of Gideon: Kingdom Principles and Life Lessons My Dog Taught Me. Check her out at michelespen.com.

COMMENTARY: The Political and Healthcare System is Broken and Corrupt in America