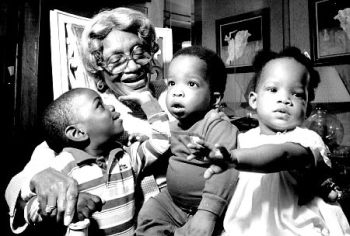 She was selfless in her caring for newborns, knowing that the life that welcomed them was threatened by devastation with mothers living in poor neighborhoods and addicted to any number of hard drugs.

Clara Hale (1905–1992), dubbed “a pioneer in self-help efforts in poor neighborhoods” by ‘New York Times’ writer Bruce Lambert, “came to symbolize the untapped potential of disadvantaged groups taking care of their own.”

Later earning the name “Mother Hale” from those under her care, she would start Hale House, the only institution of its kind in the U.S. to house and care for infants born to mothers suffering  from drug addictions.

Born in Elizabeth City, N.C., Hale was raised in Philadelphia. Her family life held a troubled history. After the death of her father, Hale’s mother was forced to take in boarders to support the family. After high school, Clara (McBride) married Thomas Hale. The couple relocated to New York City’s Harlem neighborhood where their two children were born and a third was adopted. Thomas Hale died soon after, leaving Clara Hale to support the family alone on wages earned as a domestic.

But this work, Hale decided, caused her to be away from her children more than she was comfortable with. In the 1940s she began taking care of other people’s children during the day at her own home. Without knowing, Hale had discovered her calling.

She also offered lessons in parenting skills and found permanent homes for the children who were homeless. Hale became a licensed foster parent in 1960. This allowed her to provide care for hundreds of children in her home.

Hale’s daycare operation became a full-time job. Children would live with her during the week and parents only saw them on weekends.

“The parents paid me,” Hale told ‘Parade’ magazine during a 1984 interview. “I didn’t make a whole lot, but I wasn’t starving. And the kids must’ve liked it, because once they got there, they didn’t want to go home.”

In 1969, Hale began to foster an infant addicted to cocaine; she was 64 at the time. This marked the founding of Hale House, a place that boasted unique programs focused on strengthening the community. Mothers took up residence while being educated in child care, and were required to attend a drug rehabilitation program. 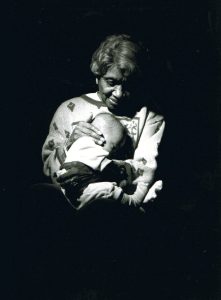 During the 1980s, when the HIV/AIDS epidemic was in the forefront of many communities, Hale expanded the program to care for infants born with the virus as well as those who lost parents to AIDS-related illnesses.

By 1991, Hale House had cared for approximately 1,000 infants and toddlers.

Hale continued to care for children until a few months before she died. At the time,  she was still caring for at least one child in her home. The New York Times quoted Hale as saying: “I’m not an American hero—I’m simply a person who loves children.”