Call to Defund the Police Gains Momentum in Oakland
Advertisement 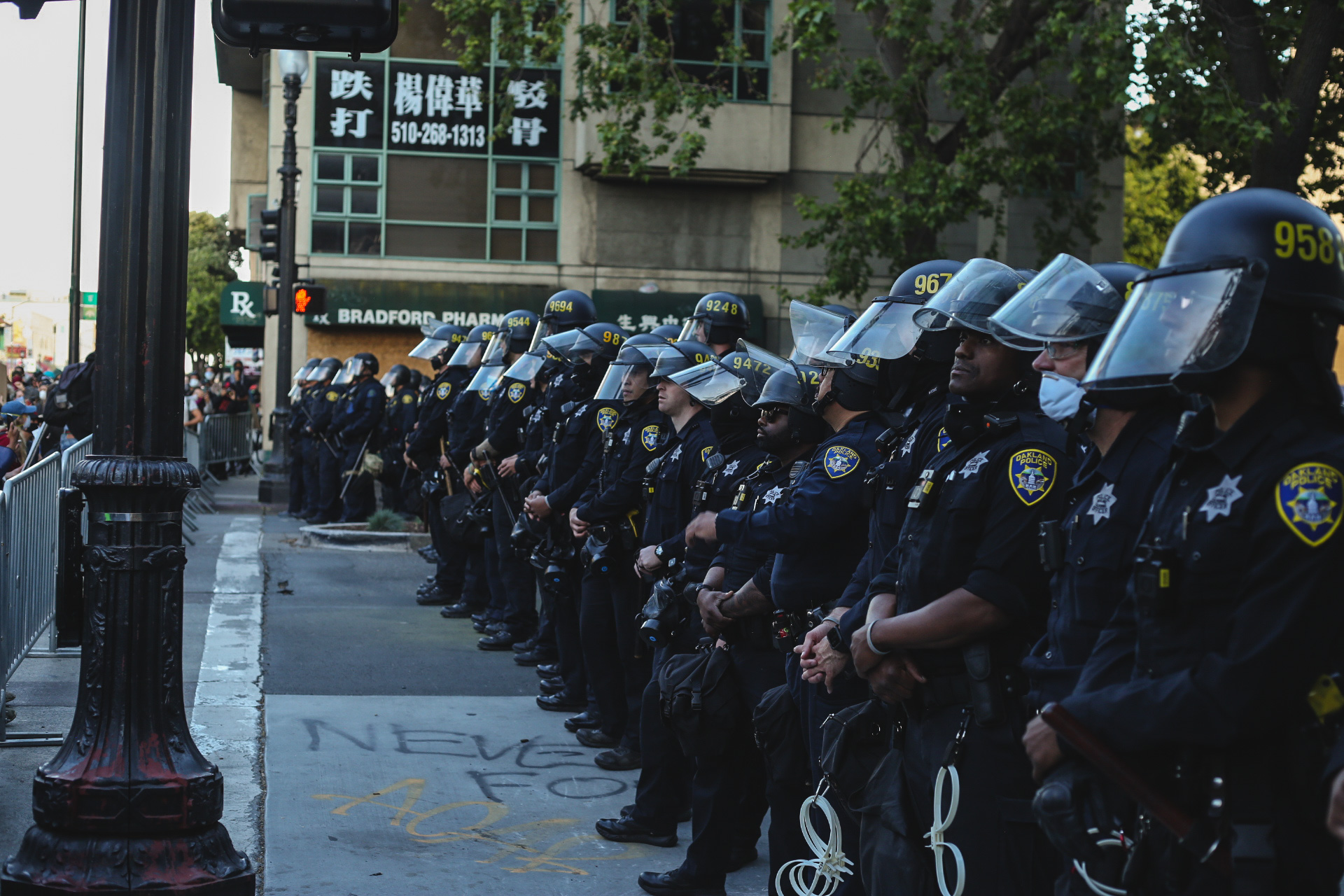 Oakland Police form a line in Downtown Oakland during the June 1 protests. Photo by Saskia Hatvany.

In recent weeks, the call to defund the police has gone national. Major cities like Los Angeles and New York City have taken steps to reduce the budgets of their police departments – and in Minneapolis, where George Floyd was murdered last month, the City Council announced plans to completely dismantle the city’s police department.

The call has also gained momentum in Oakland, where a campaign led by the Anti-Police Terror Project (APTP) is calling for a reduction of the Oakland Police Department’s budget by $150 million – or 50%.

So what does it mean to defund the police? And what would defunding the police mean for Oakland?

The push to defund police departments has been made by activists who argue that years of attempts at police reforms have failed to end the problem of police violence.

“It’s quite simple: the way to reduce police violence is to reduce the scope, size, and role of police in our communities,” activists with the Movement for Black Lives, the coalition of groups behind the national campaign, wrote in an op-ed last week.

Instead, they say, resources should be invested in community and social programs that address social problems on the front end instead of the back end like law enforcement.

In Oakland, the call to defund OPD is being led by APTP. The campaign calls for a 50% reduction in OPD’s budget. Oakland currently spends around 40% of its entire budget on the police.

Over the last two decades, activists say, the police department’s budget has doubled despite the fact that crime rates decreased in that time.

Meanwhile, the police department’s current budget of $330 million is greater than the amount of money the city is spending on the departments of human services, transportation, housing and community development, libraries, parks, recreation, and youth development, economic and workplace development, and race and equity combined.

APTP argues that must change.

Still, congressional leaders and former Vice President Joe Biden pushed back on calls to defund the police. House Democrats introduced the Justice in Policing Act this week, which calls for a number of police reforms, including banning chokeholds.

But activists say the bill doesn’t go far enough and wouldn’t have prevented George Floyd’s death. Biden said in an op-ed that he supports investing more money in police for better training and community policing.

“While I do not believe federal dollars should go to police departments violating people’s rights or turning to violence as the first resort, I do not support defunding police. The better answer is to give police departments the resources they need to implement meaningful reforms, and to condition other federal dollars on completing those reforms.”

Meanwhile, Oakland officials are considering a plan called the Mobile Assistance Community Responders of Oakland (M.A.C.R.O.) program, that would have counselors and an EMT respond to some 911 calls rather than the police. The City Council commissioned a team to explore the feasibility of the program last year.

Related Topics:Brandon Patterson
Up Next

Celebration of Life for George Floyd Held on Steps of S.F. City Hall