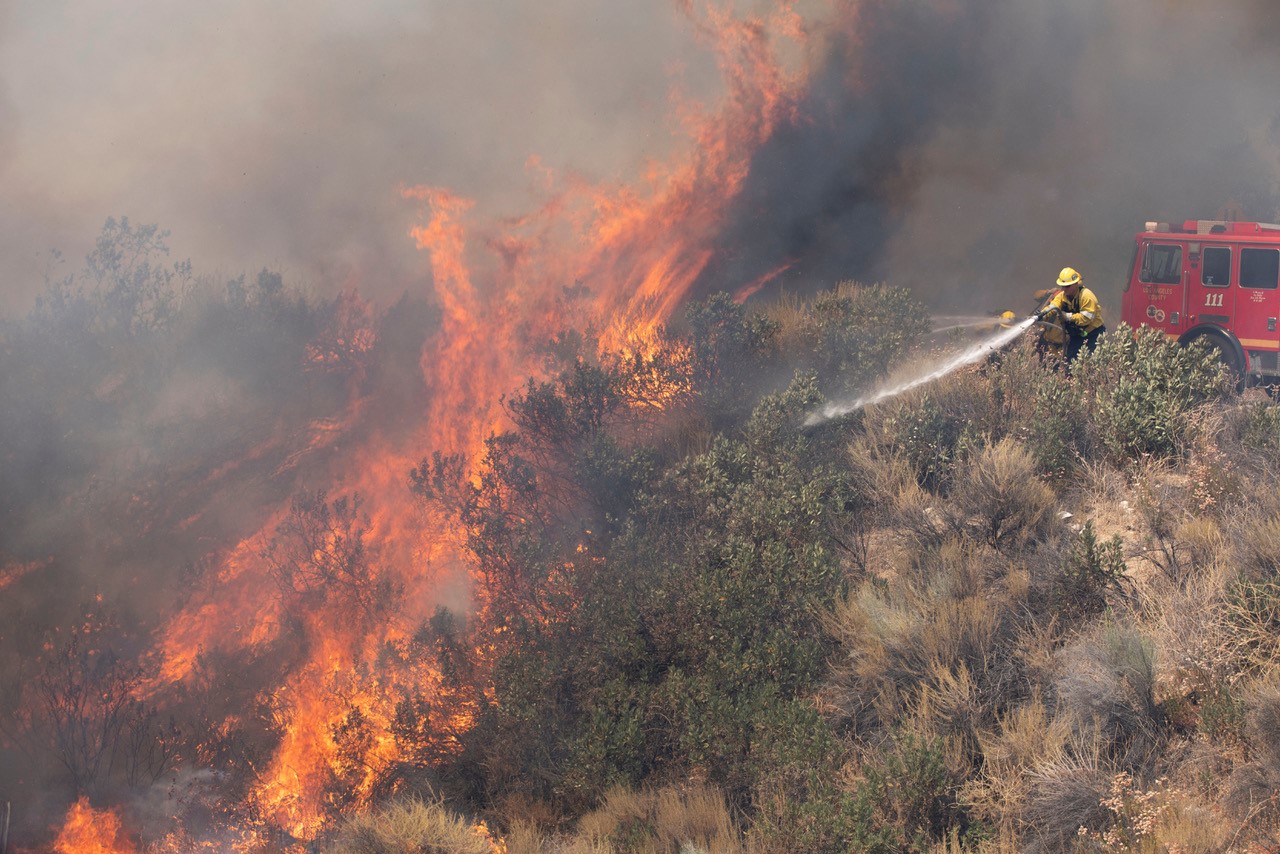 Over 14,000 fire firefighters are continuing to battle fires in different parts of Northern California, where six deaths have been reported, according to officials from the state’s fire department. Over 30 people have been injured.

California’s Secretary of State Alex Padilla praised the men and women for their efforts and valor on the “front lines.”

“They are doing their best,” Padilla said. “The good news is that this year’s state budget includes augmentation in staffing levels for Cal Fire, plus for equipment that is critically needed.”

Due to widespread wildfires and extreme weather conditions, Gov. Gavin Newsom has declared a statewide emergency and activated the State Operations Center to its highest level.

“California is battling two of the largest fires in our history and has seen nearly 600 new fires in the last week caused by dry lightning strikes. These are unprecedented times and conditions, but California is strong – we will get through this,” Newsom said.

The White House has approved California’s request for a Presidential Major Disaster Declaration to bolster the state’s emergency response to the wildfires ripping across Northern California.

The Santa Clara Unit (SCU) Lightning Complex fire, ranked the second-largest wildfire in California history, did not spread overnight and containment has been a challenge, according to the California Department of Forestry and Fire Protection (Cal Fire).

As of Sunday, Aug. 23, the SCU Lightning Complex fire had burned up to 339,968 acres and only10% of it had been contained, Cal Fire has reported.

Cal Fire officials issued an evacuation warning for the Bay Area that includes Alameda County, until August 24 at 5:00 p.m. Officials said the warning was issued because of exit routes that might be impossible to access due to potential fire activity.

The SCU Lightning Complex started on Aug. 16 with multiple fires within the complex. The fires have since merged into two major fires and are broken into three zones. They are Canyon, Calaveras, and Deer.

In Sonoma, Lake, Napa, Yolo, and Solano counties, the (LNU) Lightning Complex, is 17% contained and 341,243 acres have been burned. The fires have spread out to start the CZU August Lightning Complex unit fires in San Mateo and Santa Cruz counties. This fire, 8% contained, has burned 71,000 acres.

“This is not the first year we’ve had significant wildfires and we have now the second and third largest wildfires in California’s history only because previous records have been set two years ago and just last year,” Padilla said. “It’s become a little bit routine. It’s really testing our resilience but that’s what the government is here to do.”