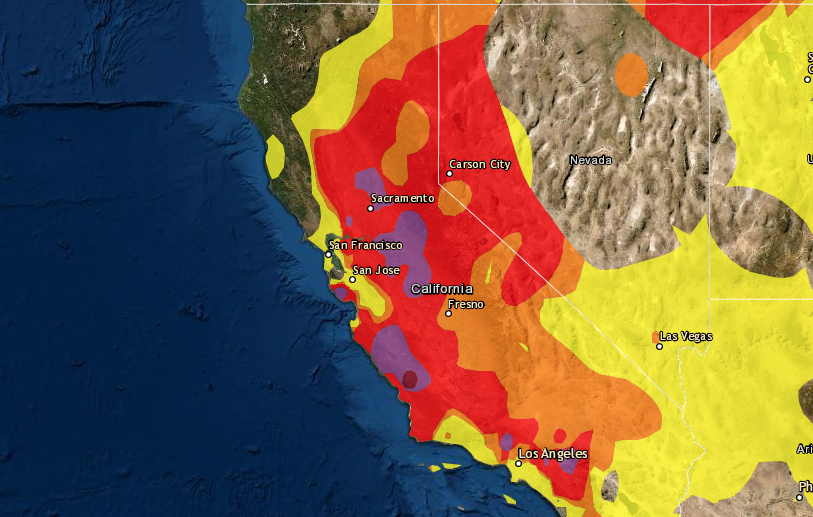 Hundreds of fires have erupted in California after a rare lightning storm hit the coast during a record heatwave. The fires have caused unhealthy air quality warnings across the state, prompting concerns amid rising cases of COVID-19 — which has killed over 11,000 people in California and is known to cause lung complications.

Gov. Gavin Newsom declared a state of emergency on Tuesday.

“We are deploying every resource available to keep communities safe as California battles fires across the state during these extreme conditions,” said Governor Newsom in a statement. “California and its federal and local partners are working in lockstep to meet the challenge and remain vigilant in the face of continued dangerous weather conditions.”

Concerns were also raised over the shortage of inmate firefighters whose ranks have been depleted by a massive outbreak of the virus in California prisons, the Sacramento Bee reported in early July.

CalFire predicts possible lighting events for the rest of August and early September, and warns that in Northern California “above-normal large fire potential will persist through October.”

To check the air quality in your area visit: https://gispub.epa.gov/airnow/