After months of investigation, the law firm of Siegel, Yee & Brunner filed a claim on behalf of Oakland City Councilmember Desley Brooks this week against the City Attorney’s office of Oakland alleging that City Attorney Barbara Parker and her staff failed to competently represent Brooks in a lawsuit brought against her and the City by Elaine Brown, a former Black Panther chairwoman.

Barbara Parker, the City Attorney, represented Brooks in a civil trial that concluded in March 2018. The City lost the case and ultimately had to pay a $1.2 million fine and $1 million in legal fees. Brooks was required to pay $75,000.

This is not the only trial Parker and her team have lost. A recent investigation by the East Bay Express found that Parkers’ office lost or settled cases that have cost the City $26,478,638 in approximately 117 lawsuits against the City, not including a recent $12 million judgment in a recent police incident. 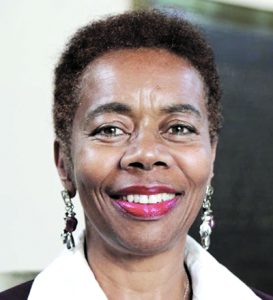 “It is clear that City Attorney Parker and her staff have failed to perform their duties and that change is needed,” said Dan Siegel, lead attorney of the firm Siegel, Yee & Brunner in Oakland. Siegel told the Post that he conducted research, interviews and “went through the entire record of the (Brooks vs. Brown) trial—the transcript and the documents that each side filed.”

“The job done by the City Attorney’s office was clearly inadequate…and led to the result that we saw,” he said.

“Our findings make the case that City Attorney Barbara Parker and her staff, through a pattern of negligence, poor preparation, and/or lack of competence, caused an unjustified award of significant money damages against the City of Oakland and grave harm to her reputation and emotional stress to Desley Brooks, councilmember and client of the City Attorney’s office,” said Siegel in a media release.

The case of Elaine Brown v. City of Oakland and Desley Brooks was based on an incident that took place between Brooks and Brown on Oct. 30, 2015 at an Oakland restaurant in Jack London Square. The jury found that Brooks had assaulted Brown by pushing her to the floor.

However, this claim alleges that the jurors could have come to a different conclusion had City Attorney Parker conducted a stronger case.

The record shows, according to the claim, that the performance of City Attorney Barbara Parker’s staff led to the verdicts against the City of Oakland and Brooks, through “professional negligence, repeated failure to object to improper evidence, and inability to present a strong case.”

According to the claim, evidence shows that:

Brooks in an April 25, 2016 statement said that Brown “poked her several times in the chest” “before Brooks pushed Brown away, resulting in her falling over and injuring herself.

Brooks’ statements were corroborated by the testimony of another eyewitness, the claim said.

Attorneys for the City also failed to present evidence of Brown’s use of alcohol on the date of the incident or evidence of the “threatening and abuse language she used against Ms. Brooks, including a threat by Brown to “kick her ‘m** f** ass,’” according to the claim.

Further, the claim said that Brown “went to her car to get a pipe after Ms. Brooks pushed her, saying “I’m going to get that b***.”

Contacted by the Post, Alex Katz, spokesman for City Attorney Parker, replied in an emailed statement.

“Frankly, we are very surprised to receive this claim from Desley Brooks given this office’s professional and diligent defense in this case,” he said.

Recently, the City Attorney’s Office also lost the high profile Bulk Terminal Coal case and a major motion in the Ghostship case that could lead to millions of dollars in debt to the City.