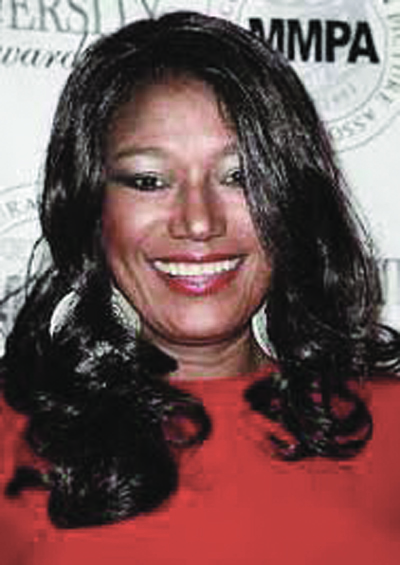 Bonnie Pointer, a co-founder of Oakland’s renowned Pointer, who shot to fame in the 1970s, has died. She was 69.

Her death was announced in a statement that included a remembrance from her older sister, Anita Pointer. “It is with great sadness that I have to announce to the fans of the Pointer Sisters that my sister, Bonnie died this morning,” Anita Pointer said in a statement. “Our family is devastated. On behalf of my siblings and I and the entire Pointer family, we ask for your prayers at this time.

“Bonnie was my best friend and we talked every day; we never had a fight in our life. I already miss her, and I will see her again one day.”

No cause was given.

Pointer was a Grammy-winning singer and songwriter who insisted on an eclectic range in her work. Her song, “Fairytale,” won a country music award in 1974.

All of the sisters grew up singing in their father’s West Oakland church. When their parents weren’t home, they listened to a variety of secular music on the radio—Elvis Presley, Nina Simone, Etta James and Sam Cooke.

Bonnie, whose given name was Patricia Eva, was the fifth child of Rev. Elton Pointer and his wife, Sarah. She was the shortest but also the most adventurous, her sister Ruth said.

It was Bonnie and the youngest sister, June, who started singing as a duo in the Bay Area club scene in 1969 and was part of the California State Youth Choir.

Once Anita saw them perform, she quit her job and joined them. (The oldest sister, Ruth, joined them in 1972.)

“I’m the kind of person who likes to do adventurous, new things – it’s got to be a challenge for me to go forward, because I don’t like to be stuck into just one thing,” she told Blues & Soul in 1979.

An initial record deal ended because they didn’t want to be labeled an R&B group.

Their independence carried over into their trademark retro-style, wearing vintage clothing from the 1930s and 1940s that they found in pawnshops.

Their fortunes changed when they signed with an independent label, Blue Thumb, and their rendition of Allen Toussaint’s “Yes, We Can Can,” on their first album became a big hit in 1973. The album was just what Bonnie wanted: a little R&B, hints of gospel, Swing and Broadway.

“That’s A Plenty” came out in 1974 and featured the gentle country ballad “Fairytale,” which Bonnie and Anita co-wrote. It crossed over into pop charts, and brought her a Grammy Award for the Best Country Vocal Performance by a Duo or Group at the Grammys, and was later recorded by Elvis Presley.

Bonnie also helped her sisters write ‘Shaky Flat Blues,’ and followed that up with a credit on 1975’s low-key “How Long (Betcha’ Got a Chick on the Side),” another hit with a funk groove to it.

In late 2019, a fan captured Bonnie and Anita Pointer singing an impromptu version of “Fire” at a Las Vegas bar — illustrating not just their enduring vocal bond, but her outsized personality, according to NPR.

“Bonnie’s always had a particular following,” Ruth Pointer said in 2009 according to NPR. “They loved them so Bonnie, Honey.”

“She was the spunkiest of us all; she was the shortest of us all. We would all be at the hotel asleep and Bonnie would be out in the street, partying with the fans. They loved them some Bonnie, honey!”

Bonnie was predeceased in death by June Pointer, who succumbed to cancer in 2006.  She is survived by Ruth and Anita and older brothers Aaron and Fritz.

National Public Radio and CBS News contributed to this report.