Connect with us
By D. Kevin McNeir

The classically trained viola/violin duo of Wil B. and Kev Marcus return to the DMV, inviting us to take a ride with them on a musical journey that will include a modern blend of classical, hip-hop, rock and R&B sounds. They’ll perform with the Maryland Classic Youth Orchestra at the Strathmore, April 9 and 10.

But with the duo connecting with and performing for over 100,000 students each year, it’s obvious that the Florida natives hold education outreach with youth as one of their primary and ongoing goals.

Washington Informer: As two Black men who play violin, I’m sure you and Wil B. have been teased and ribbed a lot. How do you address stereotypes that keep others from going after their dream?

Kev Marcus: We never really set ourselves up to defeat stereotypes. But we believe that when you’re told that you’re too young, or you’re a girl, things like that, we say run toward it — don’t run away from it.

Two Black dudes playing violin — that’s our stereotype that we’re fighting. There will always be other kinds of stereotypes that will need to be broken and we want to shed light on that. Sometimes, breaking those stereotypes is something worth going after because no one else has done so before. For us, Black and classically trained, we through the hip-hop element in too — not so much, however, that our classical roots come in question.

Washington Informer: In your visits to youth across the U.S., what changes are you seeing in arts education?

Kev Marcus: STEAM education in Montgomery County is on a far higher level than in many other parts of the nation. Arts are so important. But ironically, even at the schools where Wil and I received our formative training back in Florida, while they provide classical training, they no longer offer a violin program. They’re still performing arts schools and have band and choir but offer less in terms of classical music training. We just hope our work will help inspire youth — we want to do all we can to push artistic people. And it doesn’t have to be on the violin or even in music. We want youth to have alternatives — options other than mathematics, English or sports. It’s so important to give young people as many opportunities as possible to find themselves. Not everyone is a good reader, an A student. Some have other talents that don’t get enough encouragement. We’ve been involved with talent competitions and performances and have seen some amazingly talented young people.

Kev Marcus: I would love to work with Stevie Wonder. The true bucket list guy. Also, we’ve never played Carnegie Hall — not yet … but one day! It’s funny, I was in a barber shop the other day talking to a woman and she asked me about being nervous when I perform. I don’t get nervous anymore. After we were invited to perform for President Obama’s inauguration, I felt like we’d been to the mountain top. Nothing else since then has compared. What an honor and an experience.

Washington Informer: With your feet in both the classical world and the hip-hop world, where have you been earnestly embraced?

Kev Marcus: When we came along, no one was doing what we wanted to do. We wanted to blend the genres without disrespecting either side. But no question, the biggest pushback comes from the classical side today. Some orchestras we play with, they’d put earplug in their ears. Some will say the pop stuff is beneath them. That’s unfortunate. But it hasn’t stopped us. But with the hip-hop world, they always give us much love. We try to prove them wrong but some things and some people never change.

Black Violin will release a yet untitled CD later this year — three of those songs will be performed during their shows next week. On Tuesday, April 2, the duo returned to the Apollo where they got their big break — winning three of their appearances during the 2004-2005 season and then returning to be crowned as the season winner.

For more about them, visit blackviolin.net. 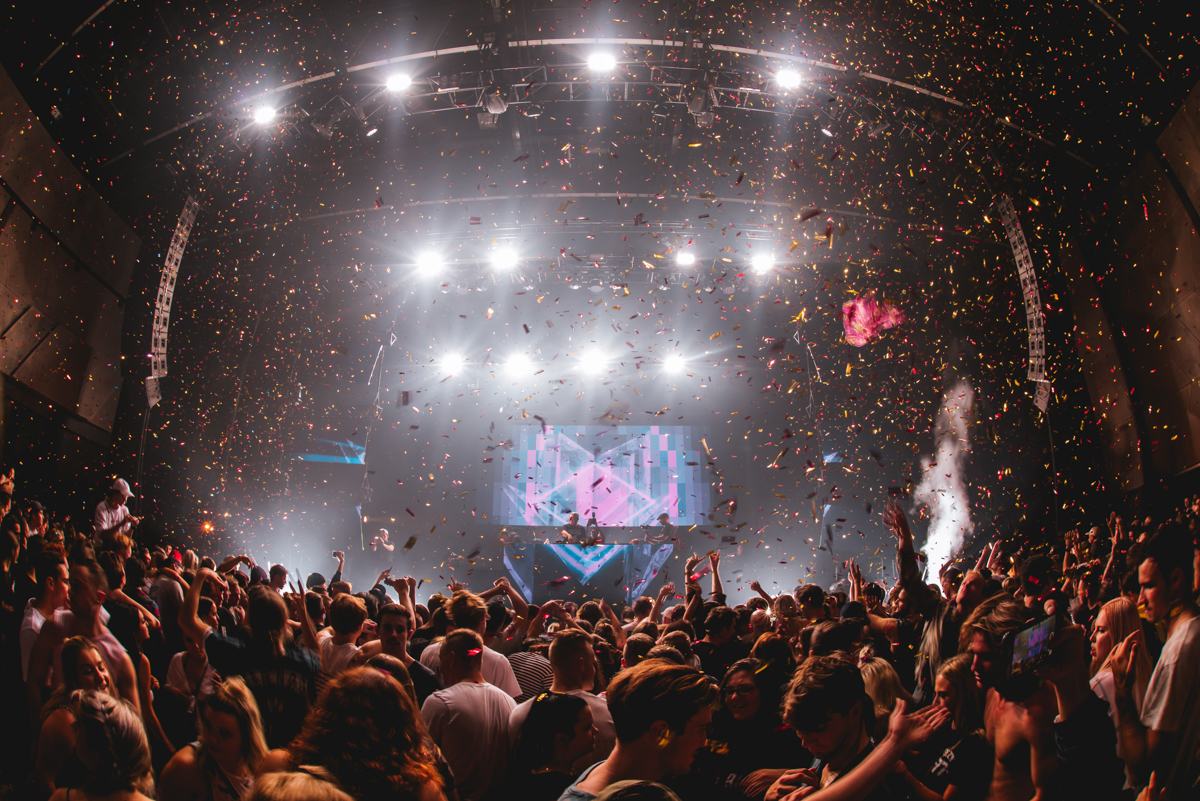 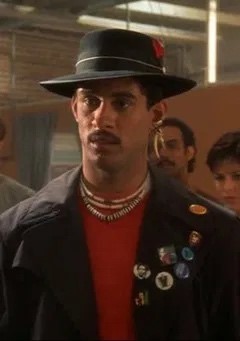 Adolfo Gutierrez Quinones aka “Shabba-Doo” was born May 11, 1955 in Chicago, Illinois and died suddenly on December 30, 2020.  The cause of death is unknown.

He was a member of  “The Original Lockers” and is credited with inventing the dance style known as poppin’ and locking.

He was a dancer, choreographer and actor, best known for his appearances on “Soul Train” and the movies, “Breakin'” in 1984 and “Breakin’ 2 Electric Boogaloo”.

I’m feeling all better I’m just a wee bit sluggish from my cold, but the good news is I’m Covid-19 negative! Woo hoo!”

Toni Basil, also an Orignal Lockers posted:  “It is with extreme sadness [that] The Lockers family announces the unexpected passing of our beloved Adolfo Shabba-Doo Quinones.  In this difficult time, we are requesting privacy.”

He is survived by his two children. 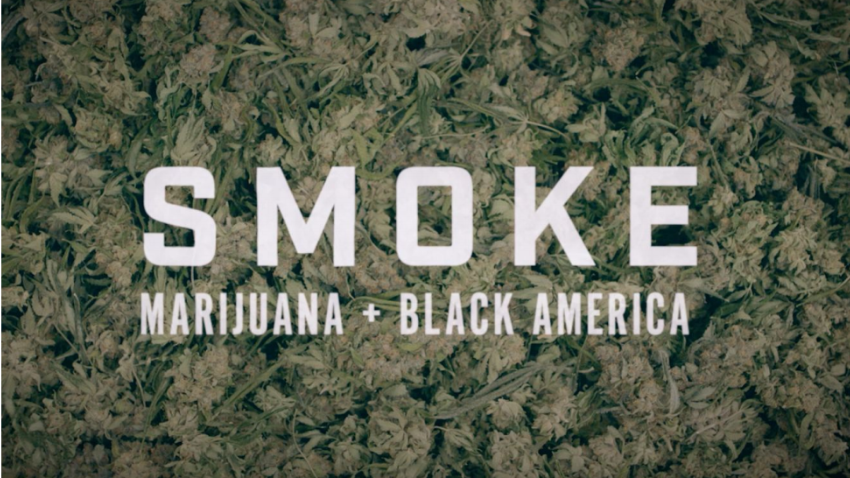 I am a baby boomer and old school.  I grew up thinking that smoking pot led to an addiction to worse drugs.  I certainly had judgment about marijuana use and users regardless of whether it is legal.

It will be available on BET Now App and BET.com on demand starting 11/19.

[the two-hour special examines marijuana’s cultural, social, economic and legal impact on American society and the Black community. Told through the lens of aficionados, policymakers, advocates and innovators in the booming legal cannabis industry. . .”.

““SMOKE” traces the fascinating and complex legacy of marijuana in the Black community. Early usage was recreational in nature, but political and racial dynamics led to the criminalization of cannabis and eventually its prohibition. America’s unjust war on drugs systematically targeted marijuana use in the Black community, resulting in racially disproportionate numbers of arrests and convictions. ”

For me, like most documentaries, SMOKE, is educational and current.  It has election information on our President-elect and Vice President-elect as well as four states that legalized marijuana during the 11/3/2020 election:  New Jersey, Montana, Arizona, and South Dakota.

I remember when President Bill Clinton famously said that he didn’t inhale, but did not recall but was informed by the doc, that President Obama said:  “I inhaled, that was the point.”

I didn’t know as the doc points out that 85% of the drug arrests are Black folks, 11 states have legalized marijuana, and Blacks are 4 times more likely to be arrested for marijuana conviction than any other racial group.

I was also unaware of the social equity and restorative justice implications of the legalization of marijuana and the cannabis business.

Black folks only own 4% of the cannabis industry, Brown folks, 7%.  Less than 1% of the licenses go to Black and Brown folks.

Wanda James of simplypure.org says:  “I would rather have a joint than a glass of wine.”

I highly recommend SMOKE, especially if you like me, did not understand the medical uses of marijuana and social equity and restorative justice implications.