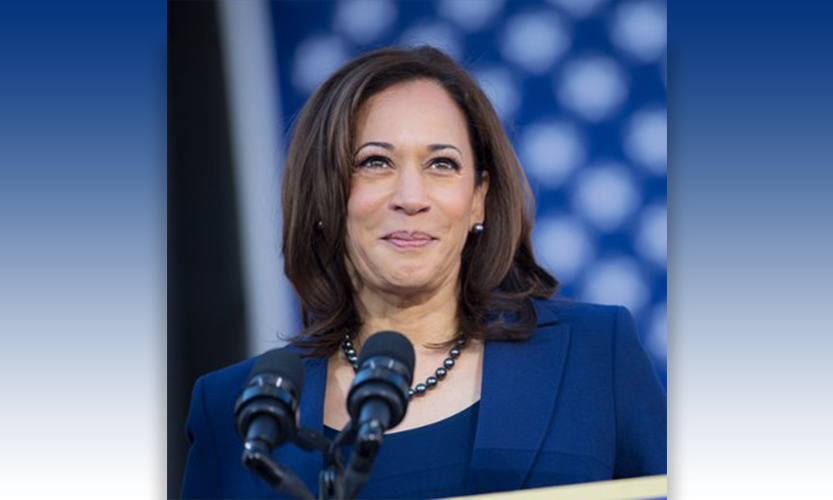 Biden came through on his promise March 15th to pick a woman as his running mate.

Kamala Devi Harris, born in Oakland, California is the first Black woman on a major party ticket and the fourth woman following Geraldine Ferraro in 1984, Sarah Palin in 2008, and Hillary Clinton in 2016.

Congresswoman Barbara Lee says “[a]lmost 50 years after my mentor Congresswoman Shirley Chisholm ran for President, we are finally able to vote for a Black woman candidate on a national ticket. I know Congresswoman Chisholm is smiling down today. Together, Joe Biden and Senator Harris will bring the country together and restore honesty and integrity to the White House.”

Harris is the second Black woman and the first South Asian person to serve in the United States Senate.

In 2013 Harris officiated the first same-sex marriage in California between Proposition 8 plaintiffs’ Kris Perry and Sandy Stier from Berkeley.

Harris received her undergraduate degree from Howard University and graduated from law school from the University of California, Hastings College of the Law.

Harris left the presidential primary race in November 2019 and notably uttered to Biden during a debate:  “You also worked with them to oppose busing.  There was a little girl in California who was part of the second class to integrate her public schools and she was bused to school every day.  That little girl was me.”

The Democratic National Convention is next week and “that little girl” is in line to be the Vice Presidential Democratic Candidate.

.@JoeBiden can unify the American people because he's spent his life fighting for us. And as president, he'll build an America that lives up to our ideals.

I'm honored to join him as our party's nominee for Vice President, and do what it takes to make him our Commander-in-Chief.