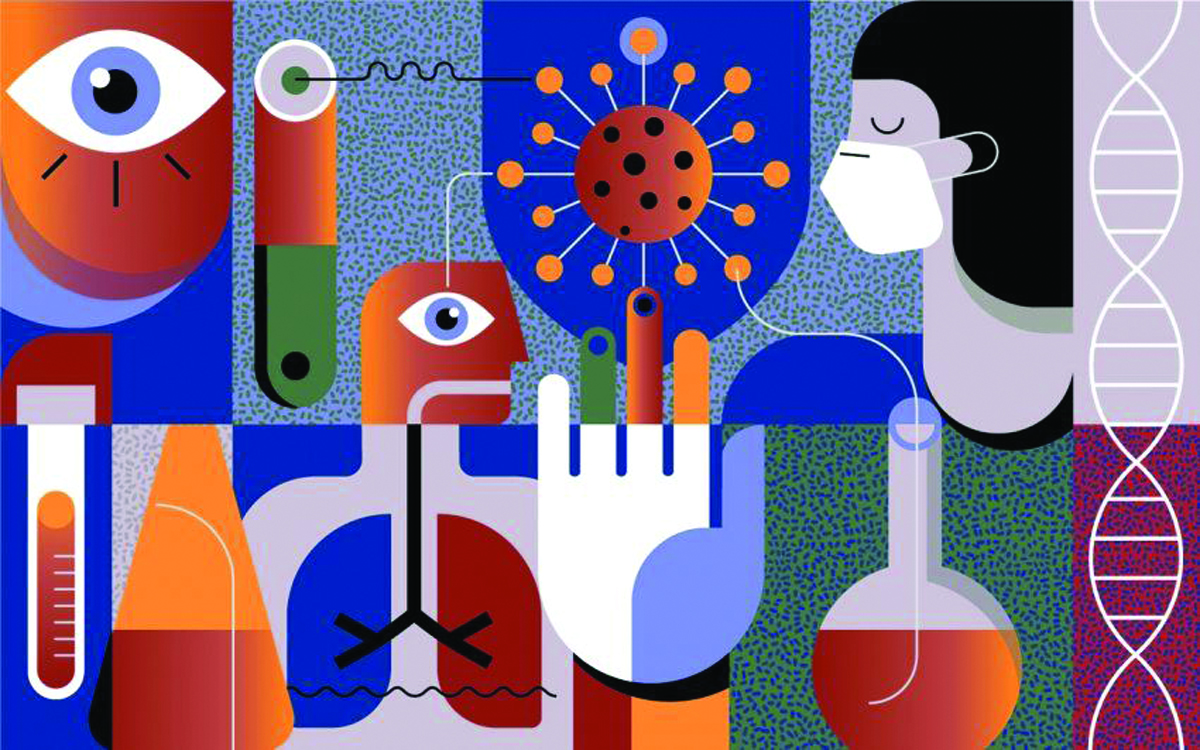 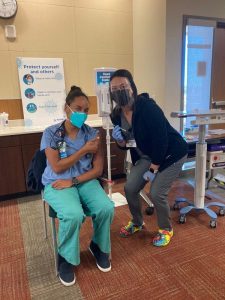 Thirty-seven-year-old Angela White of Oakland didn’t even flinch when she was administered the COVID-19 vaccine. “I don’t remember when the needle was inserted in my arm after the nurse said ‘you’re done’,” said White. “It was quick and painless.”

White, an Emergency Medicine physician at Oakland’s Highland Hospital since 2016, is one of the few Black doctors working in Highland’s emergency room. She took the vaccine on December 18 and is looking forward to her second vaccine shot on Jan. 9, 2021. As of this writing, White has not experienced any major side effects.

“There was a small muscle in my arm that was sore for a day but aside from that, I’ve felt pretty normal,” added White. “As a doctor who cares for COVID patients I took the vaccine because I’m exposed to COVID patients on a daily basis and I wanted to protect myself, my family and my community.  I wanted to show people that they have nothing to fear by taking the vaccine.”

“This is not a trial, a test or study on any particular group,” said White. “I think it is critically important for our community to take the vaccine.  We’re essential workers who are more likely to be impacted by COVID-19. To not get the vaccine would be giving up an opportunity to protect ourselves, our health, and the health and livelihood of our friends and community.”

“I think using the vaccine is another way of protecting me, in addition to wearing a mask and face shield at work, I also practice social distancing.  It’s just one more step that’s going to make me, my family and my community safer, and I highly recommend people take the vaccine if they are eligible.”

Physician and immunologist, Dr. Anthony Fauci, who has served as director of the National Institute of Allergy and Infectious Diseases since 1984, said that when the opportunity becomes available, getting the vaccine from either Pfizer-BioNTech or Moderna is the smart thing to do.

Fauci has previously shared his concern that “the disproportionate rate of infections on people of color is staggering, and ‘herd-immunity’ will not be accomplished until everyone buys in and participates by taking the vaccine. This is especially true for African-Americans who, more so than other races, suffer from chronic lung and heart disease, diabetes and hypertension.”

Gregory Givens, a registered nurse who has worked for 15 years as a medical professional in San Francisco, believes the vaccine is not the only answer. “I believe in health prevention more so than treatment,” said Givens. “If people take better care of themselves and their bodies, they can avoid getting sick.”

“There are alternate means and ways to help people stay healthy, such as taking vitamins, getting plenty of rest, taking fluids, exercise more, take natural herbs, use common sense and avoid activities that would put their health at risk.:

Givens said his “job is to educate individuals on how to stay healthy. Before taking the vaccine, I think people should weigh the pros and cons and understand the difference between establishing and maintaining good health habits rather than relying on a product that is produced in a lab. There are more ways to cure people than (conventional) medicine.”

Santana Robinson, an EEG technician from UCSF Benioff Children’s Hospital Oakland, received the vaccine and compared it to any other flu-like shot she has received. “I had the normal reaction most people get after taking a vaccine shot, which basically is a sore arm the next day, but no side effects to speak of,” said Robinson.

During her six-year tenure at Benioff, Robinson’s primary responsibility has been to monitor brainwave activity on patients who’ve had seizures or head trauma. When asked why she took the shot, she said it was her responsibility.

“I took the vaccine because I didn’t want to get sick,” said Robinson. “I don’t want my family to get sick and I don’t want anyone else to get sick.  I was hesitant at first because it was so new, but never for one moment was I not going to take it.”

She said that being one of  the first to do anything is always a “little bit scary.”

“I’ve talked with several co-workers who are people of color about taking the vaccine and they’ve said ‘no way.’ They told me I was crazy to take it,” Robinson said.

To her, this resistance is “very frustrating because people in minority communities are more adversely affected by the virus than other groups. If anyone needs the vaccine most, it’s people in the Black and brown communities.

“From everything I’ve heard, it’s hurting us a lot more than other races of people and if someone is handing you a lifeline, you should take advantage of it. I will continue to be an advocate and encourage people to participate and take the vaccine,” Robinson.