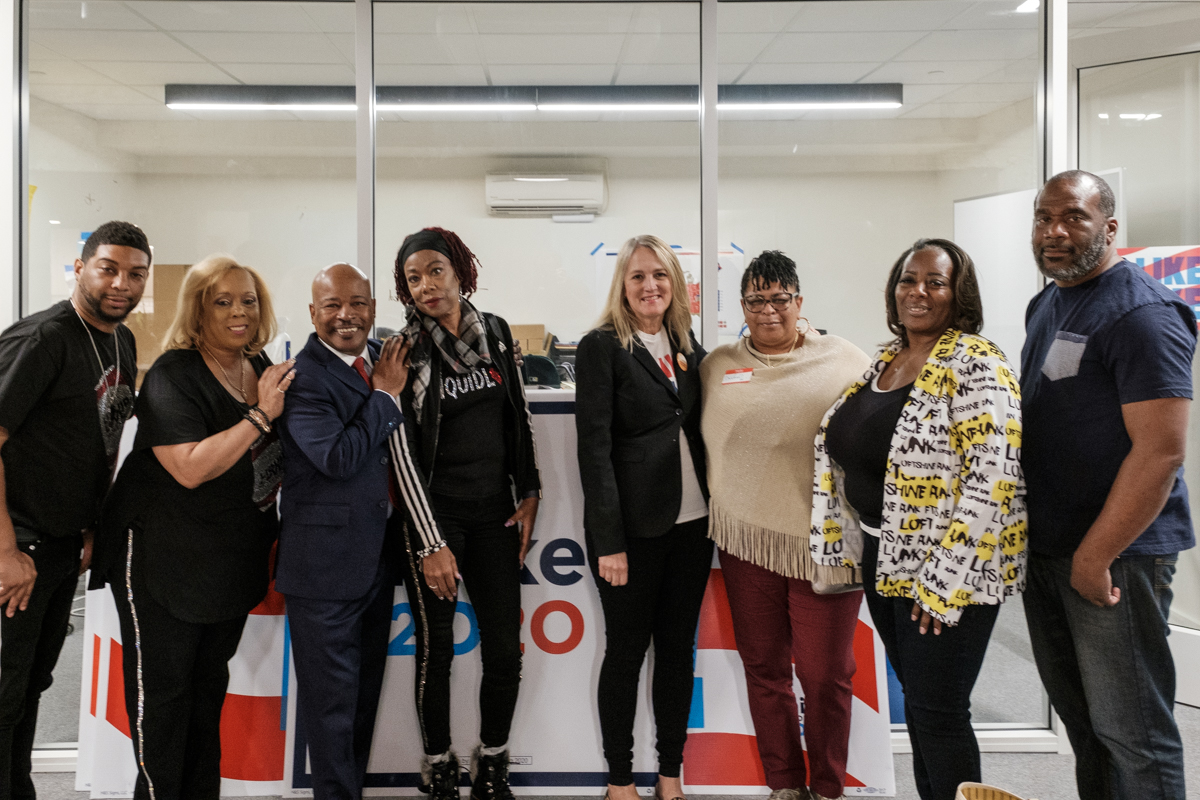 Bloomberg, a democratic presidential candidate has been a leading spokesperson on reducing gun violence and is a leader in the national movement for gun reform.

Bloomberg co-founded Mayors Against Illegal Guns, a national coalition to push for stronger local, state and federal gun safety laws, and in 2014, after leaving the mayor’s office, he co-founded Everytown for Gun Safety, the nation’s largest gun safety advocacy organization.
Speakers at the Tuesday roundtable included Debbie Weir, managing director of Engagement for Everytown for Gun Safety – Moms Demand Action for Gun Sense in America, and Aaron Foster who is on a father’s quest to stop gun violence in the name of his daughter.

Oaklander Annette Miller, invited to participate in the roundtable discussion said, “It was interesting to hear stories of other folks who wanted to see the same thing as myself which is to see guns and assault weapons off the street.”

Miller stressed that “The Second Amendment to bear arms never included assault rifles and ammunition that does mass killings in our community.”

On Nov. 28, 2016, Miller’s 19-year-old son Deante Miller and his friend Roderick “Travon” Godfrey, also 19 were murdered. Deante was giving his friend a ride and Miller believes a retaliation killing that involved Godfrey was the reason. Her son was in the wrong place at the wrong time. A common theme heard at the roundtable.

Miller says although Bloomberg addressed gun violence on the debate stage, not enough attention is being given on the national platform. She’s still “undecided” but stressed that Oakland needs a president that will advocate for the eradication of gun violence.

Another participant at the roundtable was JaCoree Prothro who lost his brother, Jevonte Prothro, to gun violence in Richmond on Sept. 27, 2016. Jevonte died while sitting in his car after getting DMV tags and on his way to go fishing. He died at age 29 from a bullet wound to his neck. His murder was random from a perpetrator who had killed another individual. In December 2019, the killer was sentenced to 40 years to life on prison.

Prothro expressed that “Once you go through the process of murder you clam up when talking about it can give release. I was hesitant to attend but realized it opened my brain as I heard people talk about gun violence and how it’s impacting our communities and how we can stop some of the killings. Before Tuesday I wasn’t thinking about going to vote, but now I want to investigate what these candidates stand for.”

Prothro, 37, shared that his age group is not interested in voting. “We’re in a daze, wandering within the unreal movement of this nation. I think more conversations need to flow from the church or with our aunts and uncles who know the importance of voting.
“Young people are not voting, that’s why Trump won. The churches and our elders have to reach out and educate us. This meeting was my awakening. I don’t know if I would have voted if I hadn’t come. One thing I do know is guns need to be taken off the streets.”

It’s a New Day at AIMS: Investing in the Future of Oakland – One Student at a Time