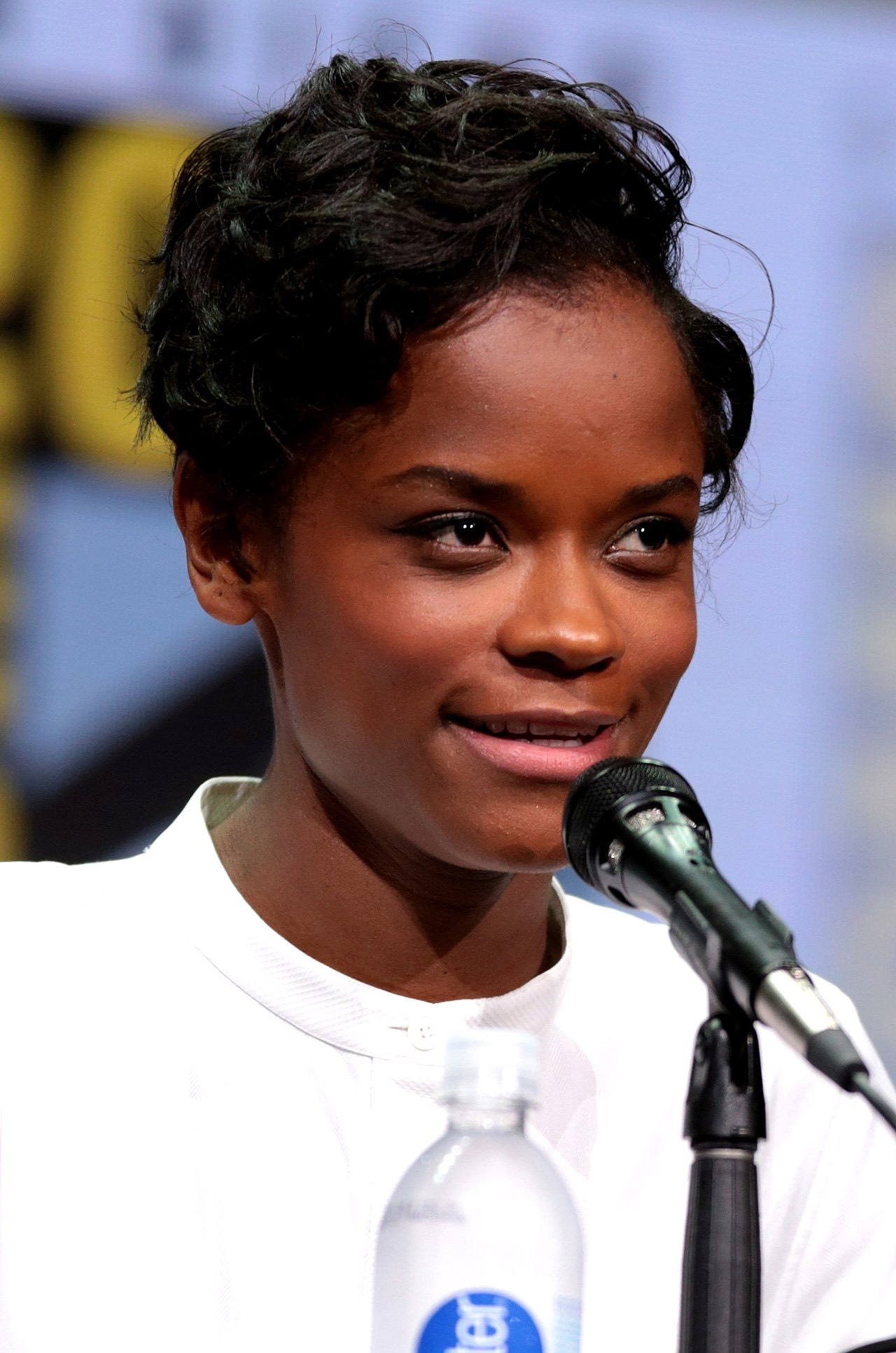 In February 2018, the world was introduced to Letitia Wright’s rendition of “Shuri” in “Black Panther.” With her witty one-liners, she instantly catapulted into global fame.

Wright recently shared a YouTube video from a channel named “On The Table.” In a now-deleted tweet, the “Mangrove” actress simply accompanied the link with a prayer-hand emoji, clearly indicating support of the content.

The “Black Panther” star tweeted a video from “On The Table,” a YouTube discussion channel, where the presenter opined at length about the efficacy of vaccines, the dangers of taking them and the supposed origins of the ingredients of a COVID-19 vaccine.

“I don’t understand vaccines medically, but I’ve always been a little bit of a skeptic of them,” the presenter Tomi Arayomi said toward the beginning of his fact-free monologue, which was full of personal anecdotes and his own general feelings on vaccines.

After Wright had posted the video to Twitter with the prayer hands emoji, she quickly became embroiled in arguments with users taking her to task for using her platform to spread misinformation on vaccines.

The British actress, who is currently starring in Steve McQueen’s acclaimed “Small Axe” anthology series, countered that she wasn’t against vaccines but thought it was important to “ask questions.” “I think it’s valid and fair to simply ask what’s in it,” she replied to one user.

Naturally, her tweets caused quite the reaction on Twitter.

What fueled the fire even further is that Wright leaned into defensive mode, replying to several of the tweets in kind.

“If you don’t conform to popular opinions. but ask questions and think for yourself….you get canceled,” Wright tweeted with a laugh-crying emoji. Unfortunately, the “think for yourself” type of phrasing sounds familiar as it has become typical to attempt to dodge any type of accountability—the continuous dodging only leading to an increasingly downward spiral.

In addition to the dangerous and factually unsubstantiated rhetoric, many Twitter users expressed concern for transphobic aspects of the video, as well—concerns which were also brought to Wright’s attention.

Even her Marvel peer Don Cheadle chimed in. Initially, he quote-tweeted Wright with “Bye Letitia,” then later backtracked a bit admitting he wasn’t fully knowledgeable about the situation (or hadn’t seemingly watched the actual video) before commenting.

After several fans explained why her tweets were harmful, Cheadle followed up with more tweets.

“If she went transphobe, fire away,” Cheadle tweeted. “But I’ll personally take it to her if she said something crazy. not to twitter. That’s how I do it with friends and how I hope they do it with me if I [%&$*] up. trying to find it now.”

“Jesus…just scrolled through,” he added. “Hot garbage. Every time I stopped and listened, he and everything he said sounded crazy and [$%&*] up. I would never defend anybody posting this. But I still won’t throw her away over it. The rest, I’ll take off Twitter. Had no idea.”

Other fans speculated on how Wright’s tweets may factor in her potential role in “Black Panther 2,” which has already been a source of speculation following Chadwick Boseman’s death.

It’s been nearly 50 years since the grotesque “Tuskegee Study of Untreated Syphilis in the Negro Male,” (also referred to as the Tuskegee Syphilis Study) came to an end, a historical travesty which understandably left generations of Black people skeptical about any sort of experimental medical procedures.

As Wright is British, it’s important to note that the United Kingdom has become the first country to authorize Pfizer/BioNTech’s COVID-19 vaccine, with the first shots rolling out next week.

It’s one thing to be open and honest about processing those valid feelings in a historical context, then follow that up with an earnest desire for education backed by facts; it’s entirely different to promote unfounded conspiracy theories about a significant and much-needed treatment for a deadly disease—especially when the very disease in question is disproportionately harming and killing Black people.

That isn’t healthy skepticism, that’s just another side of a dangerous coin.

In what may be Wright’s final say before an official statement comes out, she wrote: “My intention was not to hurt anyone, my ONLY intention of posting the video was it raised my concerns with what the vaccine contains and what we are putting in our bodies. Nothing else.”

The Root has reached out to Wright’s team for comment on this matter and will update if they respond.

I have a feeling this isn’t over, but we’ll see if this results in an actual teachable moment for Wright. After all, if you have “questions,” you should be fully open to the factual answers. Only time will tell…

Tonja Renée Stidhum is a staff writer for Entertainment at The Root.