“By investing in the modernization of Baltimore Penn Station, Amtrak seeks to transform central Baltimore into a premier regional transportation hub that will provide new amenities and transit connections,” said Amtrak President and CEO Richard Anderson. “This work is part of Amtrak’s ongoing efforts to improve the customer experience and grow passenger rail.”

“Commuters throughout Maryland rely on Baltimore Penn Station every day,” Sens. Ben Cardin and Chris Van Hollen, both Democrats, said in a joint statement. “This funding will make necessary updates to improve the lives of those who live and work in our community.”

“We’re glad to see this significant investment in the station, and we will continue working in the Senate to modernize infrastructure across our state,” the senators added.

Democratic Rep. Elijah Cummings, who lives in the city, praised the agency’s efforts to improve the community around the station.

“I am very excited about this partnership, & I applaud Amtrak for their financial commitment to the revitalization of Penn Station,” the congressman tweeted. “I look forward to working with Amtrak, Penn Station Partners, & the Baltimore community to ensure that this project reflects our local priorities.”

The station sees more than a million passengers a year, according to Amtrak.

The plans are to “expand and modernize” the century-old structure at the heart of Baltimore, Amtrak said.

The nation’s eighth-busiest Amtrak station will see new bike and walking paths and the addition of parking spaces, according to development vision concepts released by the assigned developers, Penn Station Partners. The development group is comprised of around a dozen consulting, design and construction firms.

As part of the planned renovations, one of the existing platforms will be redone and a new platform will be added. Plans so far have envisioned preserving the existing historic structure.

Developers are going to lease neighboring land to build a mixed-use project that will include apartments, shops and offices.

From the conception of the project, developers involved have turned to the community for recommendations, holding a public forum last July.

“This is an important project for the city of Baltimore and one that we need to get right,” Michael Beatty, president of Beatty Development Group, one of the contractors involved, said in a statement.

Residents of the surrounding Mount Vernon neighborhood told developers in July that they wanted improvements to the station that would help foster a sense of community in the area. Suggestions included a public playground, art pieces, and a basketball court, according to a summary report.

Penn Station Partners acknowledged the comments but has not given detailed plans for the renovations yet.

This update comes on the heels of reconstruction to the other central train station in the city, Camden Station, which began in Fall 2018. Renovations to Camden Station are expected to be completed this summer, according to a Marc statement.

Inglewood “wind of change”: Good or bad for community?

Rooted in 38126: ESports and video gaming breaks ground in ‘Soulsville’ 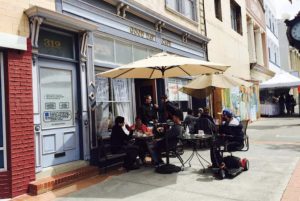 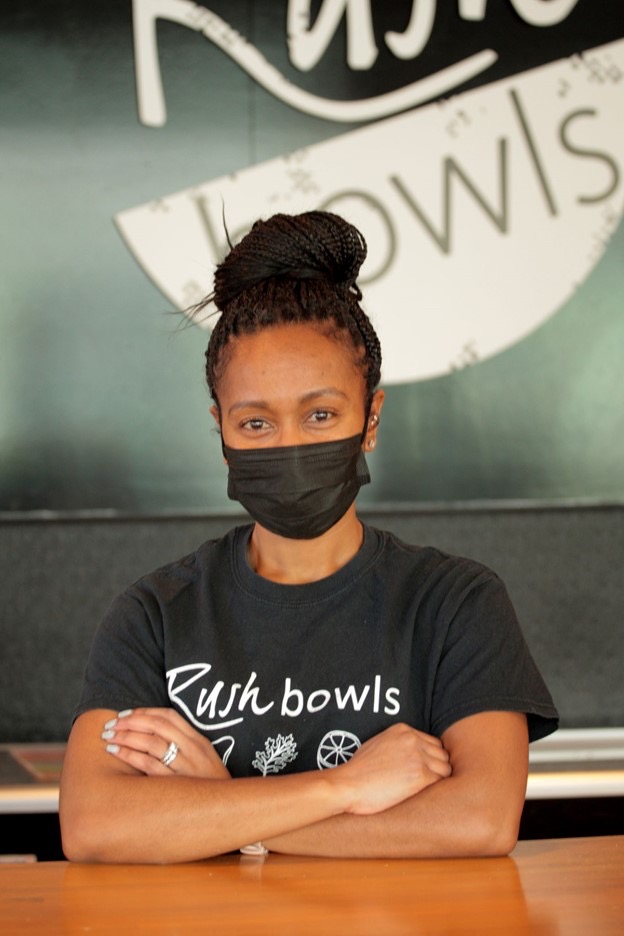 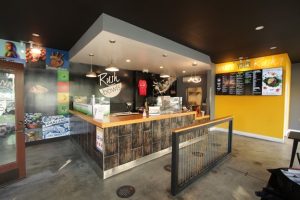 ​“The community here deserves life and good health,” said Romo. “And so much of that is literally what we eat.” 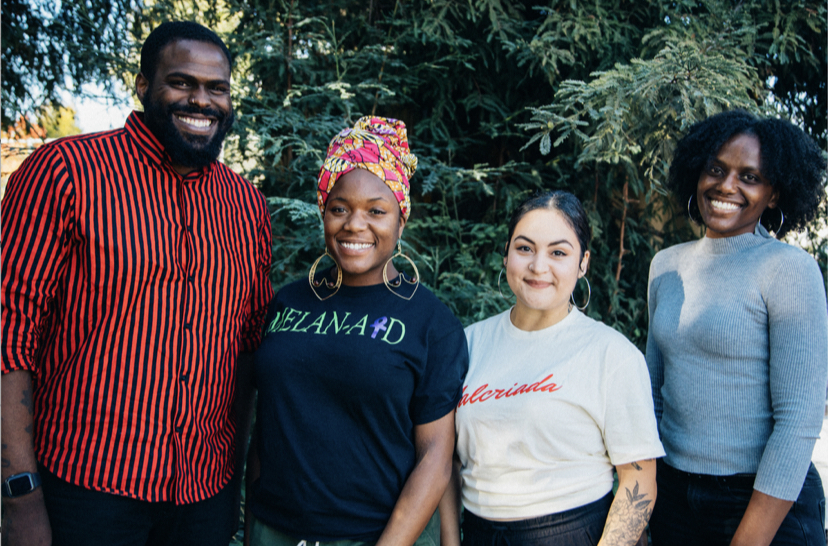 ​The four worker owners of a new grocery store in deep East Oakland want to bring more healthy food options to the area through a cooperative model. The DEEP Grocery Coop opened for online sales on April 7. By Fall, the worker owners plan to open a storefront.

​“We’re coming together for the cause of changing food access in the deep East Oakland community,” said worker owner Daniel Harris-Lucas. “We’re trying to create social change and not necessarily getting into it for profit.”

Deep East Oakland currently has limited options for healthy food. While a large chain grocery store, Foods Co., operates in the area, its organic and fresh foods sections are limited, and the store is still several miles from where many deep East Oakland residents live.

Deep East Oaklanders largely find themselves eating what’s most accessible: highly processed foods sold in the many liquor stores in or near their neighborhoods. Worker owners of the DEEP Grocery Co–op plan to stock lots of healthy foods including fresh, local and organic vegetables and fruits.

​All four DEEP Grocery Coop worker owners live in deep East Oakland and are passionate about eating healthy, which can be challenging. Worker owner Yolanda Romo drives out to Berkeley Bowl to buy her groceries. She says she never sees her neighbors there, and is saddened that she has to shop at a business in a more affluent city instead of being able to get healthy foods near her neighborhood.

​“The community here deserves life and good health,” said Romo. “And so much of that is literally what we eat.”

​The DEEP Grocery Coop’s worker owners acknowledge that price is an important part of making healthy food accessible, and they want their foods to be affordable for local residents.

They have plans to receive grant funding that will allow those with food stamps to buy California grown produce at a 50% discount. As a small cooperative, with no boss that expects a large profit, the worker owners can focus instead on sustaining the store and themselves while keeping prices as low as they can for the community.

They also are making connections with small local Black– and Brown–led farms, like Raised Roots, who find it difficult to get their products into larger chain stores.

​Education is key to The DEEP Grocery Coop’s project, as the knowledge of how to eat healthy is less accessible to the largely Black and Brown population of East Oakland, and is falsely associated as only being for white people. As an example, Romo points out quinoa, a whole–grain seed that is high in protein fiber and B vitamin.

​“Quinoa is a super–cheap Peruvian necessity and someone branded it,” Romo said. “That branding isn’t catered to communities of color but to white people who have more choices.”

​Their instagram account also serves as a place to educate the public about the cooperative model, which worker owners say allows them more autonomy. As they begin to sell foods online and eventually open their in-person store, they hope to serve as a model for other deep East Oakland residents who want to create businesses that better serve their community.

​“I hope this inspires others in the community to be worker owners and to make decisions and run their businesses the way they want to do it,” said Romo. “The top–down model that we see everywhere and the huge corporate chains that surround East Oakland haven’t helped.”

​Decision making in the DEEP Grocery Coop will be more localized, allowing it to cater to the deep East Oakland Community. Worker owner Jameelah Lane expects the store to be full of “things that resemble East Oakland” like vibrant colors, graffiti painting and good music. She wants the store to have “culturally recognizable foods” like bean pies and tamales.

​The DEEP Grocery Coop worker owners are not the only people who helped create the store. Mandela Grocery Cooperative, a non-profit youth urban farm project called Acta Non Verba, and an organization that helps launch Bay Area Black–led cooperatives called Repaired Nation, all acted as a steering committee to help train and guide the worker owners during the project’s formation.

But, as originally planned, all those organizations have given full control to the worker owners at this point. The worker–owner staff are still relatively new to each other, with the full four–person crew not coming together until last summer. They are excited about what they have been able accomplish in such a short time and about starting to bring more healthy foods to deep East Oakland.

​“We want to inspire people to be change-makers instead of waiting for it,” said Harris-Lucas. “We’ve been able to really grow something just from the common love for our community.”

​Anyone throughout the Bay Area who wants to support the coop can now order food on their website: https://thedeepgrocery.coop, and arrange a curbside pickup. People can also donate to support the project through the store’s gofundme campaign.