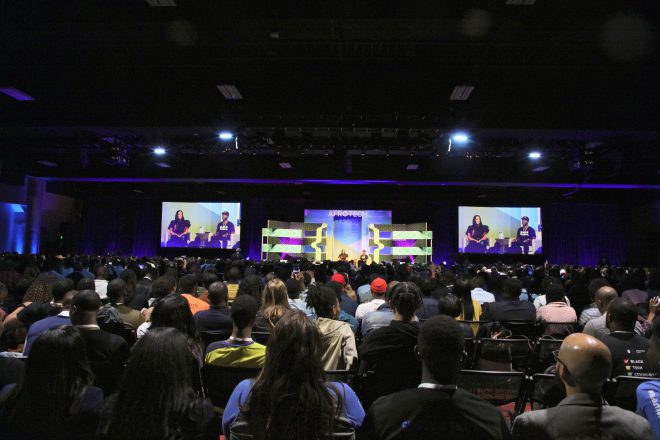 Oakland – AfroTech celebrated its fourth year and historic move to Oakland.  The event has been previously held in San Francisco.  This past weekend, 10,000 Black techies, startups, and entrepreneurs swarmed the city of Oakland for a chance to connect with some of the biggest names in media and tech during AfroTech’s 2019 Conference.

Held at the Oakland Convention Center in downtown Oakland, the conference saw another sold out event.  Speakers from all over the U.S. came to network, promote and discuss Diversity and Inclusion in the workplace like Twitter, LinkedIn, Facebook and Genentech who talked about new programs and projects that will encompass diversity and inclusion.

“We want our company to reflect on our service, and we’re continuing our journey to bring inclusion and diversity to how we work and who we are.  Our goal is to be transparent and do our work at Twitter out in the open.  Through increased openness, we believe we can learn together, discuss together, and make greater strides together.” – Twitter

The world of technology is growing by the minute and young entrepreneurs can’t wait to become more knowledgeable. AfroTech EXPO gave you an opportunity to interact with at least 25 or more companies who discussed their plan to incorporate Diversity and Inclusion.  Free swag, demos and a really cool way to network with ideas on bettering technology in the future.

I spoke with Gerren Wilson, Head of Patient Partnerships at Genentech.  Wilson’s current project involves building relationships with patient communities.  Genentech will bring awareness to communities with lack of healthcare especially to those who battle diseases unable to find a cure.

“I have a specific focus of some work that we’re doing within the organization that we’ve titled “Advancement Inclusive Research,” said Wilson.  “Which is about broadening inclusion with historically under represented patient communities into our clinical research programs.  We want to help make smarter treatment decisions for patients.”

AfroTech provided a path for networking among entrepreneurs, companies, talent and people who work in Technology.  To share, connect and discuss ways to push the culture forward is an outstanding opportunity.  More companies want to breakdown barriers and create more platforms for African-Americans.  From starting your own company to recruiting more people of color, AfroTech is about more than Technology.

More than 100 partners, sponsors and vendors took part in this years AfroTech conference.  Black owned food trucks to vendors packed the Community Park which was free to all.  Music, food, and a lounge area gave many of the attendees a chance to relax and take selfies.    Events and parties were held after the conference sessions ended.  The conference was held from Thursday through Saturday. 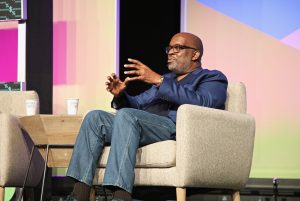 Bernard Tyson who was a prominent mentor, leader and advocate while employed with Kaiser Permanente for 34 years.  Tyson spoke at the AfroTech conference on Saturday morning and then passed away in his sleep early Sunday morning.  He was the first African-American to hold a CEO position which he began in 2013.  His opening statement at the conference began like this.

“I got into Healthcare because my mother was always sick, and I always spent a lot time in the hospital.  I struggled to get into what we call today disparities of care where people are treated differently based on race.

I first joined Kaiser Permanente in getting my Master’s degree in Health Administration and I needed to do a residency program.  So I selected Kaiser Permanente because we use Kaiser so much in our case studies.  So I went to San Francisco medical center fully expecting to do a six months residency program.  So about three months into the program I got involved in having to open the Open Heart unit in San Francisco.  And one day the executive of San Francisco medical center asked me to do this massive assessment of one of the departments. So I went in and did that assessment making a bunch of recommendations and she said, ‘really good job now go implement them.’  I literally started a conversation saying this is really hard to implement as a resident but as a manager I could make it happen and I started as a Manager. So I started down that path.

This executive I was talking about was the hospital’s Administrator of the San Francisco Kaiser and she was an African-American.  She gave me that first break.  And the reason why I  talk about it is because throughout my journey at Kaiser Permanente, while she was there, she was both a mentor and a sponsor and I talk to a lot of people today about the difference between a mentor and a sponsor and hopefully in your career you will have both of those.”

How to build an emergency fund