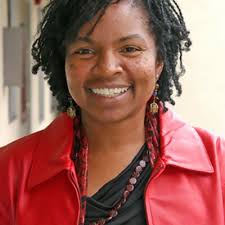 I am a domestic violence survivor. The malady, “a post-slavery relic,”[1] does not skip generations. I watched my father hit my mother. The term “beaten” doesn’t quite reflect what I recall—my mother resisted, just as her embodied mothers had before her. The idea of “family,” something she desired, kept pulling her back until she finally left.

When Mama left my father, brother and me, the terror did not stop.  We were also slapped, hit, beheaded.  I left one evening with my head in one hand, packed bag in the other, and stepped into a worse horror, a bed I could not vacate until buzzards circled my door as the black widower departed.

I was 29. That ex-husband morphed into several other fatalities.— All Muslim men—Sufi, NOI converts to Sunni . . . emancipated and still shackled. They were no good.  None of them. I kept marrying my father over and over again, until now I just keep my distance from any intimate relationships[2]

Forty years ago I asked the Imam at the Muslim Center I attended if we could host a circle for women survivors of domestic violence. He agreed and said I could host it. But I didn’t want to host it, I just wanted to attend one.

I’d still like to attend such a circle composed of women raised Muslim from the Nation of Islam forward, not women born outside the U.S.  A circle for women who have had ayats, or Qur’an verses, shoved down their throats, ayats that condone male violence against women.

I didn’t have anywhere to run.  I asked. I looked for announcements along an underground railroad. There were no safe houses, no shelters, no abolitionist movement.

My father told me “a woman’s place is with her husband.” I should have expected such a response, but I didn’t, so I stayed with the abuser until I had a job that could support me and two daughters – three long scary years.

I just wanted to get away before they, too, bore witness and became trapped in memories, nightmares haunting me even now.

I don’t think my daughters have suffered such abuse in their relationships, but I can’t say the same will be true for their children. Perhaps such violence lies dormant like a sleeper cell and gets triggered in certain circumstances?

I have experienced physical and emotional abuse. I think the emotional abuse is worse because it is here that the insidious manipulation happens, the wounds invisible so that the victim can think she imagined such. This is what the perpetrator wants us to believe. Sisters, I say the wounds are real. They show themselves in indecision, self-doubt, low self-esteem, depression, anxiety, and suicide.

I keep a therapist employed. I think this is why I am still alive and functional 41 years after the first time I was hit, pregnant with my first child. It was at Lake Merritt. I was sitting in a swing by the bird sanctuary.

Wanda Sabir is the Co-Founder and CEO of MAAFA SF-Bay Area and host of Wanda’s Picks Radio show.

[1] From a poem entitled “Buried Placenta” from Volume I: Daddy’s Girl ©Wanda Sabir 2018

Related Topics:domestic violence
Up Next

Wanda Sabir is the Co-Founder and CEO of MAAFA SF-Bay Area and host of Wanda’s Picks Radio show.