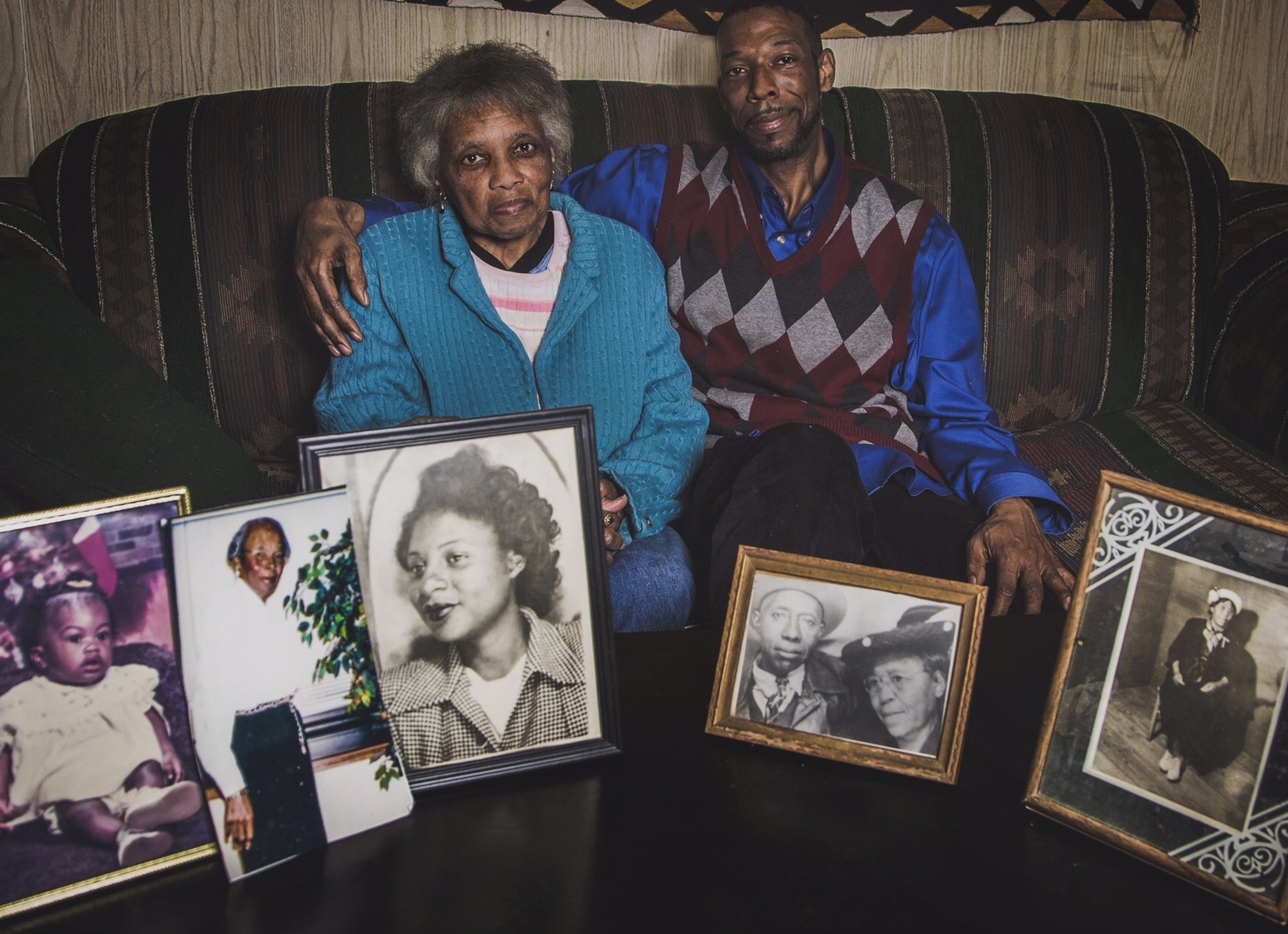 Dorothy DeBose, a 76-year-old, life-long East Oakland resident, and her nephew Omar Taylor were joined by dozens of neighbors, friends and supporters this week as they sought to “reclaim” their family home in East Oakland.
The family has been attempting to hold onto the home that has belonged to their family for four generations after Community Fund LLC, Alameda County’s largest landlord, attempted to evict Ms. DeBose less than two weeks ago.
“No senior citizen should have to consider homelessness at this point in their life for one landlord’s profits” said Omar Taylor, Ms. Debose’s nephew.
The protest, held Wednesday afternoon at the family’s home, brought together family members and neighbors organizing with other Community Fund Tenants through the Alliance of Californians for Community Empowerment (ACCE Action).
DeBose and her family have lived in their home at 6521 Bancroft Ave for the last 50 years and are among the oldest Black homeowners in a neighborhood that once was one of few areas in the city that allowed African American homeownership.
The family’s misfortunes began over 10 years ago with a loan from World Savings Bank, now known for extreme predatory lending practices. World Savings’ often pushed subprime loans on homeowners who didn’t need them, practices that were at the center of the mortgage meltdown that led to the great recession.
The loan was taken over by Wells Fargo. Debose’s sister, the original owner of the property, passed away. Following a process that was mired in confusion and questionable practices, Wells Fargo foreclosed on the family, according to ACCE Action.
The home was soon purchased by Community Fund LLC. In spite of the family’s challenges to the foreclosure, the mega investor attempted to evict Debose and her family.
The family and supporters called on Wells Fargo and Community Fund LLC, whose head, Michael Marr, was indicted on federal bid rigging charges, to immediately rescind the sale of the house and allow the family to remain in their home.
Ms. DeBose and her family are taking a stand. “ This isn’t just about us, it’s about all families fighting to remain in this city. We are still here and we will continue to fight,” said Omar Taylor.