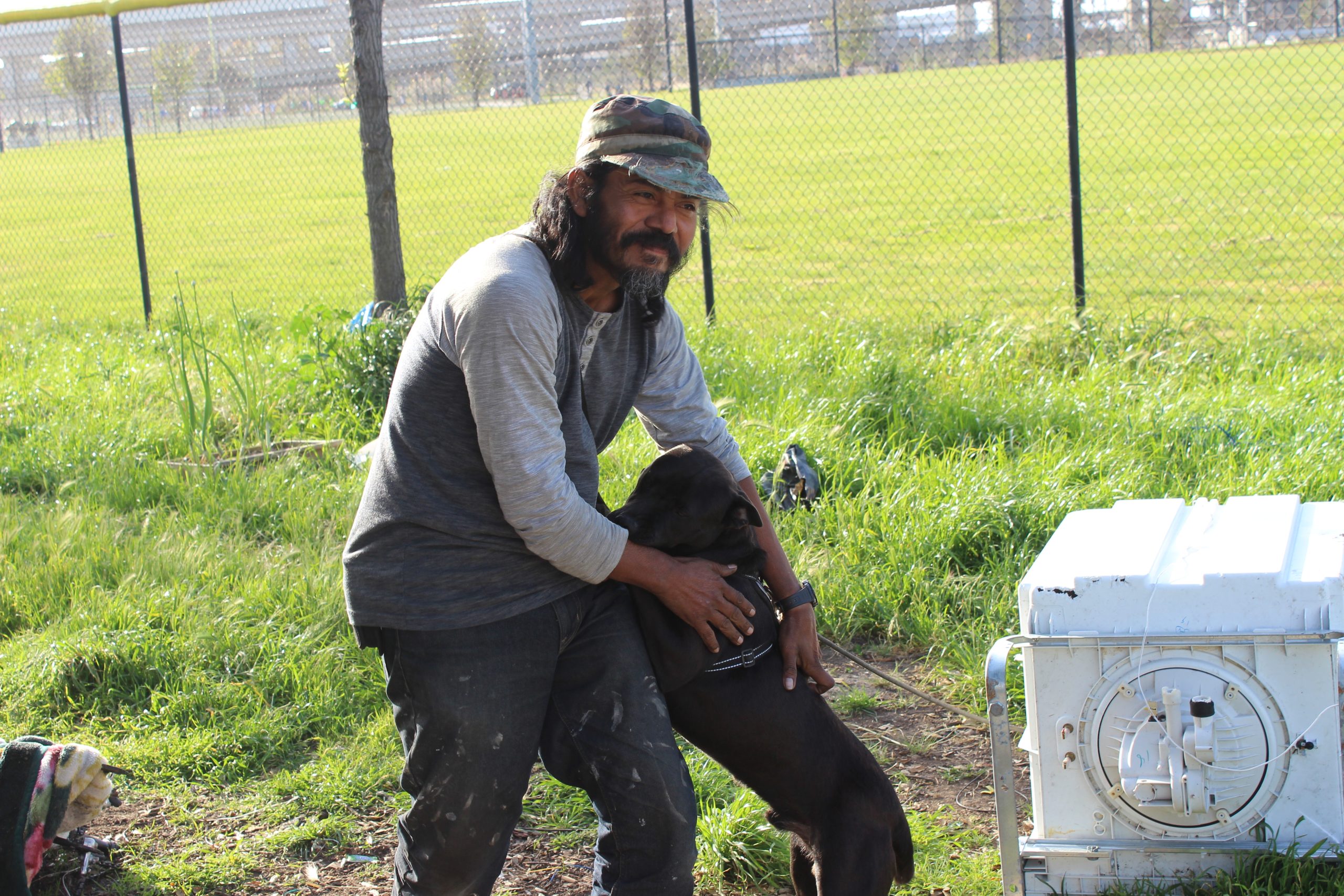 Edgar David-Ayala plays with his dog Cope at Raimondi Park in West Oakland. He and other homeless people camped there are being asked to vacate the park temporarily on May 1, and have not been provided a space to store their belongings. Photo by Zack Haber

Oakland’s Public Works Department (PWD) placed a notice on a privately owned portable toilet near Raimondi Park on April 26, instructing homeless residents camped there to temporarily vacate the park on May 1.

The notice states that “public works crews will temporarily close the encampment…to clean the site thoroughly,” and indicates that the clean-up could happen on May 2 instead.

The notice was placed away from the main encampment, on a portable toilet that Raimondi Park residents don’t have access to. As of April 29, most living inside the encampment did not know that the city planned to have them temporarily vacate two days later. 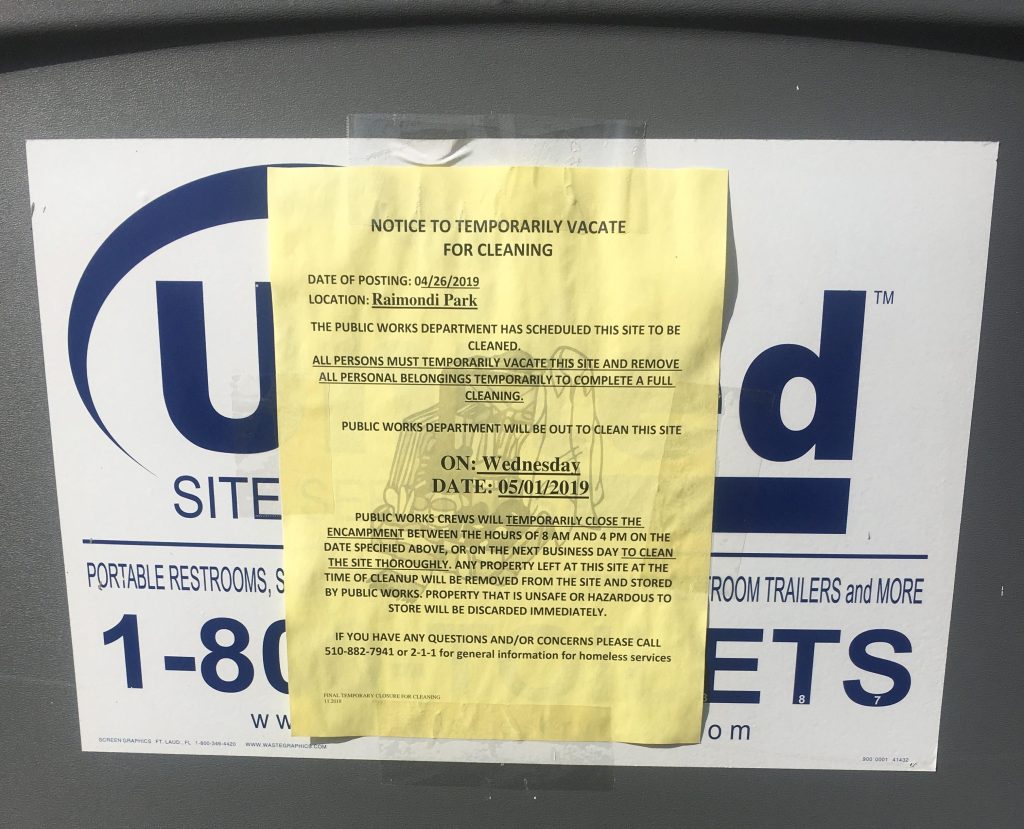 “Wow, I didn’t know they said they were coming on Wednesday,” said Edgar David-Ayala, who lives in the park and has been an Oakland resident for over 30 years. David-Ayala claims to have seen these notices twice before in recent months, but both times the city didn’t force any residents to vacate. “I think they’re just trying to scare us,” he said.

One resident who lives in a vehicle near the park and asked not to be named was sympathetic to the city’s desire to clean up the park. She said her own children can’t play there because of all the trash. She wishes folks staying at the park would have less stuff and clean up more.

“It’s a park for children to play in but they can’t because it’s not safe,” she said.

Most people staying in Raimondi Park say they don’t know what to expect on May 1, and aren’t sure how to prepare.

The notice offers no way for Raimondi Park residents to contact city representatives. It lists two numbers that residents could call if they have questions or concerns: Operation Dignity and 2-1-1. While both organizations offer homeless services, neither puts them in touch with public works to clarify what’s needed of them.

“I don’t know if they want us to move completely or to just to clean up a little bit and leave for the day,” said Guiseppe Turri, who has camped in the park for about six months.

Dayton Andrews, a housed Oakland resident who organizes politically with homeless residents through the United Front Against Displacement, says the Raimondi Park residents are being asked to leave without any place to go.

“People are being asked to fulfill orders that put them in a more vulnerable position,” he said. The notice asks residents to remove their personal belongings, but they worry about losing property as they don’t have anywhere to store it, and abandoning it could mean that it gets stolen.

Jonas Armenta, who started living in Raimondi Park after his RV caught fire, plans to carry all his belongings with him and roam around the city until he can return if he is asked to vacate.