Zemedey: I See Myself in You, Regarding African Immigration (Part 1)
Advertisement 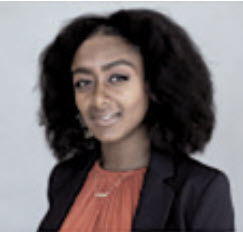 Given the current national radicalized conversation re­garding immigration, the in­sights and perspectives of Black Psychology are sorely needed, especially regarding the challenges that the recent African immigrant community and African American commu­nity face with one another.

Watching the ‘Black Pan­ther’ film, I noticed a new concept for myself when the character Killmonger tells the Black Panther … “Bury me in the ocean with my ancestors who jumped from ships, ‘cause they knew death was better than bondage.”

This stayed with me because part of what the movie touched on was this connection to Africa that enslavement and oppres­sion tried to take away from the African American community. How many recent African im­migrants are being impacted by the same cultural oppression that Black psychology refers to as psychic terrorism?

Since I arrived to the U.S. in 2008, I’ve noticed so much unfounded animosity between the African American commu­nity and African immigrants with both communities sharing a general mistrust of the other via false stereotypes gener­ated by an invisible hand of white domination and privi­lege. When did this happen and why? Is there any real reason for the animosity between our communities? Are both com­munities suffering from what Na’im Akbar, former ABPsi president, defined as alien and anti-self disorder?

When I attempt to answer this question for myself, I first think of our ancestors, our col­lective ancestors, our ancestors from African soil, because they belong to all black folks. Afri­cans were kidnapped from their homes, their families, their continent and forced to dwell in the New World. Their cul­ture and identity were stripped away in every way possible. Their progeny became the re­silient community that is the African-American community that continues to keep their Af­rican identity alive in various ways. The only difference be­tween the two communities is the timeline and circumstances in which they arrived here.

As an African immigrant, I recognize that many African immigrants are infected with Euro-American ideations (i.e., Memetic infection) that result in an arrogance about them­selves when referring to and interacting with the African- American community.

This false sense of superior­ity may come from Euro-Amer­ican falsification of history and recent immigrants’ need to disassociate from formerly enslaved Africans, whose an­cestral origins was obliterated by conquest, resulting in new African immigrants claim­ing special status via the false superiority over knowing ex­actly where they come from. As messed up as it is, I’ve wit­nessed many an African immi­grant throw that very detail in the face of African-Americans, as if that makes them the “bet­ter black” community. I under­stand how this can create a lot of friction and resentment. A critical Black Psychology as­sessment may be helpful,

The unfortunate history of recent Africa is that of pain, terror and struggle at the hands of white supremacy that was used to justify African people’s enslavement and colonization. Many African cultures look very different today because of the forced influence Europeans have had on the continent and continue to have. The same diabolical ways that were used to mentally enslave Africans in the New World, were used on those still living in the mother­land.

“To control a people, you must first control what they think about themselves and how they regard their history and culture. And when your conqueror makes you ashamed of your culture and history, he needs no prison walls and no chains to hold you.”–John Henrick Clark

Many Africans were fooled into thinking that since the white man left Africa, they no longer suffered through white supremacy while in fact the opposite is true. What many Africans are unaware of is that their adopted standard of wealth, education, beauty etc. has actually been influenced by Eurocentric views that totally eradicated the standards of our believe that the goal is to aspire to the Euro-centric standard. They live these lives thinking their African culture is pure and intact when the truth is that they are poisoned by white su­premacy’s intention of erasing black existence. This is what Dr. Kobi Kambon, another past president of the ABPsi calls “cultural misorientation.”

The recent African immi­grant community and the Afri­can American community have been at one another’s throats for a very long time now, and each will point several fingers at one another over where this hostil­ity originated, not knowing that there is a third diabolical party at work all along.

This article is part of a monthly series on Black Men­tal Health Issues written by members of the Bay Area Chapter of the Association of Black Psychologists. Readers are invited to join with chapter members at our monthly meet­ing every third Saturday of each month at the West Oak­land Youth Center.

New Parents and a Newborn with Sickle Cell Disease: What Now?