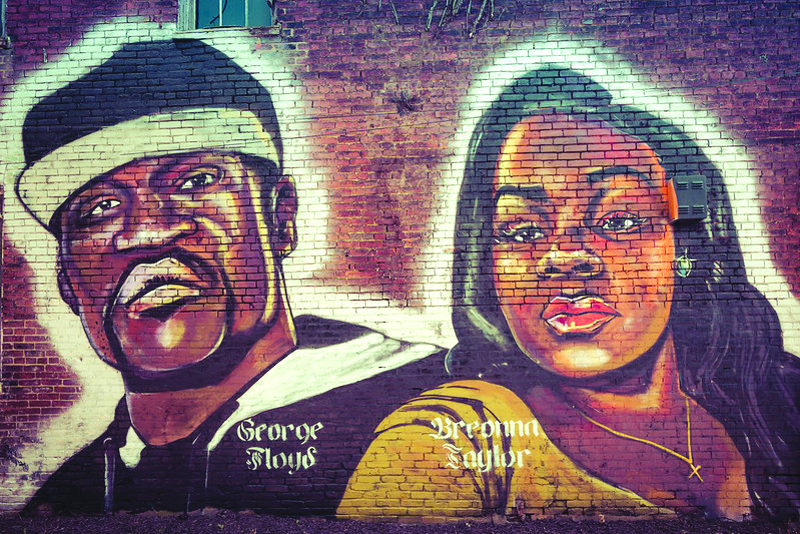 Breonna Taylor’s shooting death in Kentucky was the consequence of a Louisville Police Dept. operation intended to clear out a block in western Louisville key to a city plan to gentrify the neighborhood Taylor lived in — lawyers for Taylor’s family allege in an amendment to a lawsuit filed against the city in Taylor’s death.

Taylor was killed in March when police attempted to serve a no-knock warrant to find a man they knew was already in custody. Taylor’s boyfriend, believing they were in danger, fired his gun at the door and police then wantonly shot through a bedroom window. Taylor, an emergency technician, was asleep at the time and was hit by eight bullets.

One of the three officers involved in Taylor’s shooting has been fired, but none have been arrested or charged.

Taylor’s boyfriend, Kenneth Walker III, was charged with assault and attempted murder of a police officer but the charges were dropped.

Lawyers allege that a police unit called Place-Based Investigations “deliberately misled” narcotics investigators to believe they were targeting violent drug offenders at the house where Taylor lived in order to speed up the process for a multimillion dollar real estate development plan in the area.

“The execution of this search warrant robbed Breonna of her life and Tamika Palmer of her daughter,” attorney Benjamin Crump, who is representing Taylor’s family, told a Louisville newspaper over the weekend. “Its execution exhibited outrageous recklessness and willful, wanton, unprecedented and unlawful conduct.”

A representative for the mayor’s office has called the allegation “outrageous.”

According to the lawsuit, the warrants executed in the narcotics investigation on March 13 were intended to eliminate one of the “primary roadblocks” to the development, Jamarcus Glover, who was allegedly involved in narcotics trafficking.

Glover rented a home in the immediate area of the planned development, according to the lawsuit and was an ex-boyfriend of Taylor’s.

To secure the warrant on Taylor’s house, detectives alleged that they had confirmed that Glover was receiving packages there. But that was not true, according to another city agency, the lawsuit says.

That errant connection to Glover is what ultimately led to the raid on Taylor’s apartment, according to the lawsuit.

“Breonna’s home should never have had police there in the first place,” family attorneys say in the lawsuit. “When the layers are peeled back, the origin of Breonna’s home being raided by police starts with a political need to clear out a street for a large real estate development project and finishes with a newly formed, rogue police unit violating all levels of policy, protocol and policing standards… Breonna’s death was the culmination of radical political and police conduct.”

According to the Louisville newspaper the Courier Journal, Louisville PD’s Place-Based Investigations unit was created to address “systemically violent locations.”

“PBI focuses on identifying and disrupting crime place networks,” according to the police department’s website. “These networks include crime sites, but also places used by offenders that do not typically come to the attention of police. PBI will collaborate with other government and community partners to identify and eliminate violence facilitators.”

Meanwhile, “Arrest the Cops Who Killed Breonna Taylor” continues to be a rallying cry on social media and at Black Lives Matter protests.