By The Daytona Times

Staff will discuss the availability of Community Development Block Grant Disaster Recovery funds through a competitive cycle for those affected by Hurricane Irma. They will review the funding requirements and proposed projects and seek input from municipalities and the public.

This article originally appeared in the Daytona Times.

Embry-Riddle to replace at least 60 aircraft with Cessna Skyhawks 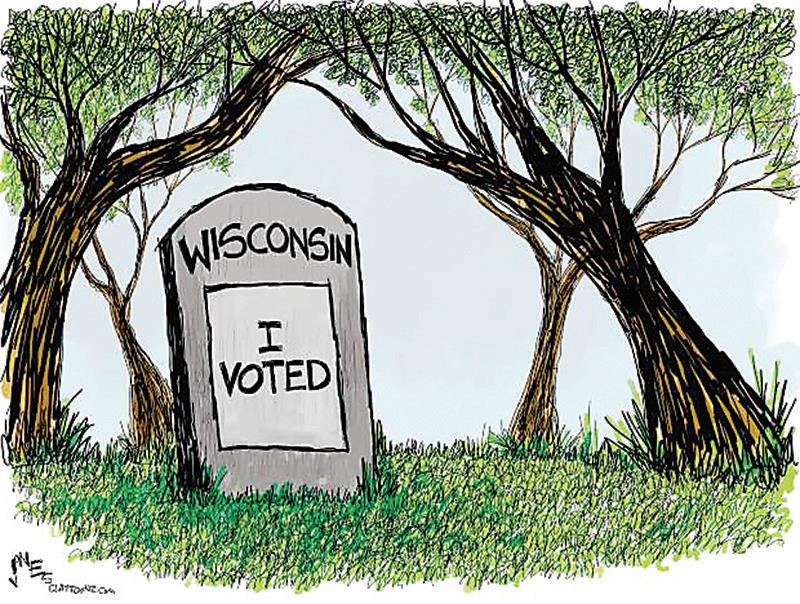 DAYTONA TIMES — Earlier this week, a man and woman killed a police detective near a Jersey City cemetery and then stormed a nearby Jewish market, shooting and killing three people there. The two were killed in a subsequent shootout with police. The suspects have been linked to a religious sect that includes factions designated as anti-Semitic hate groups. In the stolen van they were driving, investigators found a note that contained anti-Semitic and anti-police sentiments. Similar sentiments were found in social media posts linked to the suspects.

Oakland Post
Marc Morial is president and CEO of the National Urban League.

By Marc H. Morial, President and CEO of the National Urban League.

“If this incident was motivated by hate, which news reports indicate, then this is another incident in a long line of violent incidents targeting the Jewish community. This hatred is a disease and right now we are experiencing an epidemic. Leaders must lead and call out hate wherever and whenever it rears its ugly head – regardless of politics. This is about principle.” — Jonathan Greenblatt, CEO and National Director, Anti-Defamation League For the third time in just over a year, the nation is reeling in the face of a deadly mass shooting that appears to have been motivated by anti-Semitism.

Earlier this week, a man and woman killed a police detective near a Jersey City cemetery and then stormed a nearby Jewish market, shooting and killing three people there. The two were killed in a subsequent shootout with police.

The suspects have been linked to a religious sect that includes factions designated as anti-Semitic hate groups. In the stolen van they were driving, investigators found a note that contained anti-Semitic and anti-police sentiments. Similar sentiments were found in social media posts linked to the suspects.

In April of this year, a gunman opened fire in a San Diego synagogue on the last day of Passover, killing a 60-year-old woman and wounding three other people, including a rabbi and an 8-year-old girl.

Shortly before the attack, the gunman posted an anti-Semitic and racist manifesto on social media, citing conspiracy theories, expressing admiration for the gunmen who perpetrated the anti-Muslim killings at two mosques in Christchurch, New Zealand.

Six months earlier, in Pittsburgh, 11 people were killed at the Tree of Life Synagogue. That shooter, too, deeply enmeshed in anti-Semitic conspiracy theories on social media.

These acts are part of a horrifying three-year trend that has coincided with a spike in course and heated racial rhetoric in political discourse.

It is one that demands action on several fronts, including gun policy, moderation of social media terms of service, and a sweeping reexamination of racial and religious intolerance.

As a child of the Civil Rights Movement and the leader of the nation’s largest racial justice organization, I have witnessed the recent rise of white nationalism with equal parts dismay and a sickening sense of familiarity.

Our nation’s history is sullied with racial and religious intolerance and violence. What has sustained us, as famously expressed by Martin Luther King, Jr., is that “the arc of the moral universe is long, but it bends toward justice.

In this particular period of history, the arc seems especially long. Leaked emails recently revealed that one of the president’s closest advisors, Stephen Miller, has cited and promoted white nationalist ideologies and conspiracy theories about “White genocide,” the criminality of immigrants, and the reviled eugenics movement.

Congressional response to the emails has been almost nonexistent.

Meanwhile, personal attacks motivated by bias or prejudice reached a 16-year high last year, according to the FBI.

More than 4,300 attacks on people, motivated by racial or religious hatred, were recorded by the FBI.

State and local police forces are not required to report hate crimes to the F.B.I., and as many as half the victims of hate crimes never file a report, so the actual number of hate-fueled assaults is significantly higher than the official record.

Lately it seems that the atrocities and outrages of racism and intolerance are falling too fast and too frequently to respond appropriately.

But we must not lose sight of our ideals as Americans – as brothers and sisters and parents and neighbors – to love and protect one another.

Let your elected representatives know that these incidents call for responsible gun reform, holding social media companies accountable for dissemination of hate speech, and a moderation of their public rhetoric.

And join us in our prayers for the victims and their families.

Marc Morial is president and CEO of the National Urban League.

What it truly means to be a leader

DAYTONA TIMES — According to Webster’s Dictionary, the word leader is defined as one who commands a country, organization or group. Growing up, it was crucial to have positive role models and community leaders to keep us on track and to make our communities safer and more efficient. As the Executive Director of Community Healing Project Inc, I truly believe being a leader and a positive force in your community should be an obligation for every able-bodied citizen. As well as influencing the youth to gain knowledge, self-respect and self-worth.

According to Webster’s Dictionary, the word leader is defined as one who commands a country, organization or group. Growing up, it was crucial to have positive role models and community leaders to keep us on track and to make our communities safer and more efficient. As the Executive Director of Community Healing Project Inc, I truly believe being a leader and a positive force in your community should be an obligation for every able-bodied citizen. As well as influencing the youth to gain knowledge, self-respect and self-worth.

Being a leader is an enormous amount of pressure and it takes a person with dedication, compassion, empathy and a very forgiving heart to be great at it. After collaborating with some of the most influential activists and politicians around the nation, I’ve finally discovered the key and cracked the code of not only being a true boss but also being an influential and motivational leader.

Understanding your community and the families who live there are the most important part of becoming the best leader you can be. In every city in America there is a low-income, urban and minority-focused set of apartments and complexes who truly struggle every single day. Take a second of your time to get to know and understand those that are suffering the most around you.

With poverty and illiteracy rates in urban communities resurfacing to an all-time high, its truly time to invest not only economically but spiritually and physically as well. Putting the love back into the community with programs, events, and cookouts promote positivity and unity and gives us a chance to discuss serious issues that plague our communities. No matter how far you make it, never forget your roots!

Staying grounded and humble will maximize your influence and the way others respect you. When it comes to fighting for a cause or movement you must know when to “hold em and when to fold em”. Sometimes it’s best to analyze a situation before instantly reacting and making things even worse. I’ve had the displeasure of dealing with this way too many times as I was so eager to make a difference.

I was so focused on getting results and seeing action, that I would act on my emotions instead of my logic. Once you get the hang of voicing your opinions in a respectable and impactful way, you’ll attain a level of balance and peace of mind that will only improve your skills as a leader and boss. Stay true to yourself and never compromise your morality for the benefits.

While the attention and success will always captivate you, you must always remember that not everyone will be a fan of what you do. And as history has shown, some of our greatest and most influential leaders were strangely taken before their time, due to mysterious circumstances.

By any means necessary

Being a social activist, you must understand that an open target is always on your head and sometimes it’s better to silence someone than to try and understand their truth. You should always prepare yourself mentally before you strive for greatness. Great leaders make sacrifices, and you must truly be ready to fight to keep your integrity, by any means necessary.

For centuries, we’ve been told our heroes wore capes and hide behind masks. These heroes are fearless, brave and would give their life to prove their integrity. From the radical efforts of Malcolm X, to the psychotic world of Charles Manson, we’ve always been able to identify powerful leaders in society, whether they had positive or negative influences on the culture. Ironically, these men not only dominated culture in the 1960s, but they influenced a whole new generation of followers who would emulate their footsteps.

No matter which side of history these leaders decided to stand on, they all had one very powerful trait in common. They were natural-born leaders, and they truly changed the world, one community at a time. Being a great leader takes patience, understanding, passion and a true heart for the greater good. The world needs more incredible, positive, intelligent leaders and it’s time to seize that moment more than ever before.

Rell Black is an award-winning activist, blogger and the founder of Community Healing Project Inc.

This article originally appeared in the Daytona Times. 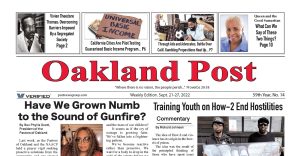