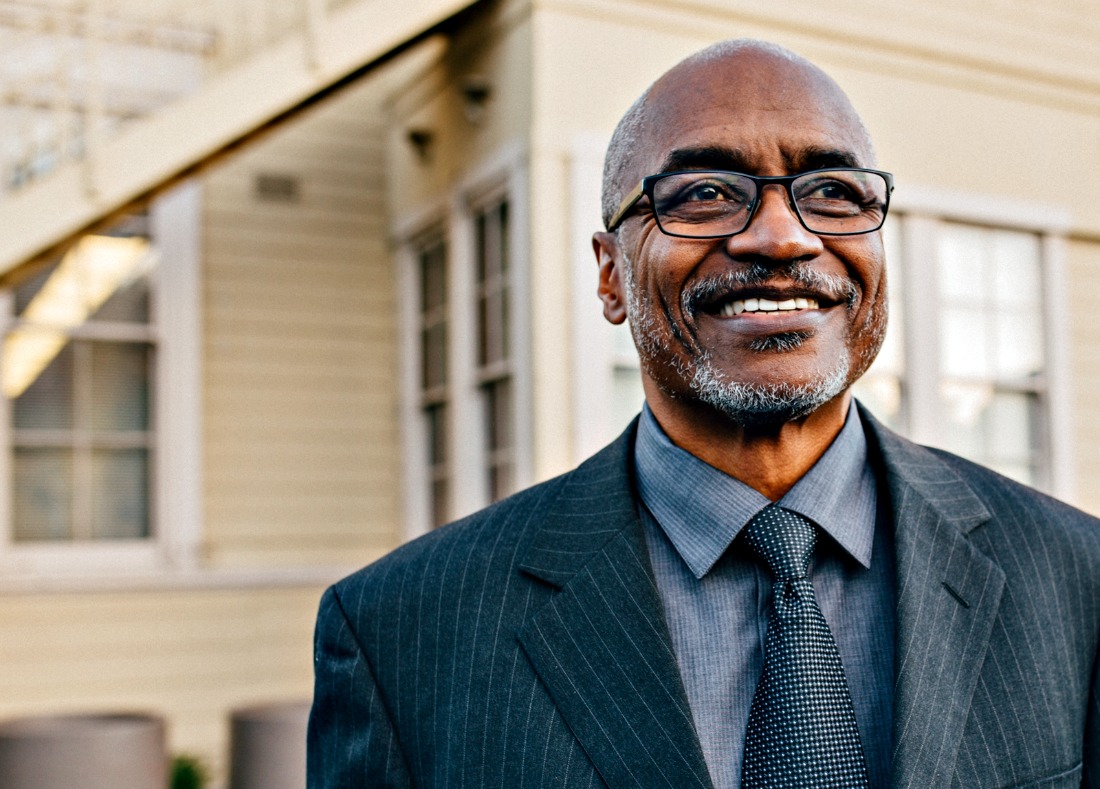 The University of San Francisco is honoring Alive & Free and its co-founder and executive director Dr. Joseph E. Marshall Jr., Class of ’68, with the 2017 California Prize for Service and the Common Good.

Alive & Free, based in San Francisco, offers a community of support to young people, empowering them to avoid peer pressure and situations that can lead to violence, incarceration, drug addiction or dropping out of school. And, it sets them up to be good citizens and build strong families.

Focusing on violence prevention and education through its array of programs, Alive & Free has supported thousands of young people and given hundreds the opportunity to attend college.

To date, 218 young people from the program have graduated from college with funding support from the club’s scholarship fund. Of them, more than 60 have received graduate degrees.

“We are proud of Dr. Marshall and the work his team at Alive & Free is doing for the youth of our city and the world. We honor Alive & Free for sharing the USF mission to create new opportunities for bright and ambitious students who will go on to create a more just, sustainable, and humane world,” said USF President Paul J. Fitzgerald, S.J.

The 2017 California Prize award gala and dinner is April 27. The gala benefits the African American Scholars Project at USF.

The award is particularly meaningful this year: Alive & Free, originally known as Omega Boys Club, celebrates its 30th anniversary in 2017, and Dr. Marshall is the first USF alumnus to receive the California Prize.

There is a “prescription, ” as Dr. Marshall calls it, for keeping young people safe from violence and free from incarceration. He has shared it in dozens of cities across the United States, and in countries around the world including South Africa, Canada, Nigeria, Botswana, Thailand and Haiti.

At the heart of the Alive & Free prescription is the idea that violence is a disease. The prescription helps cure the harmful framework of actions and feelings that contribute to violent behavior and put young people at risk.

Education is Alive & Free’s core response to violence. It offers a Leadership Academy that serves hundreds of young people each year, ages 14 to 24, providing rigorous college-prep classes each week in mathematics, research, and writing.

The students also attend a weekly “Family Meeting” after class during which Dr. Marshall and the Alive & Free staff provide support and answer questions in a group setting.

Many young people say Alive & Free has saved their lives.

“I’m living proof that Alive & Free is not just a name — it’s what they did for me,” says Marcus Byrd Ray. “Thanks to Alive & Free, my mom is not going to bury me, and my kids aren’t going to grow up with a father in prison.”

Instead, he is currently enrolled in college and is a man who his children can look up to, he says.

Bryanna Santee says she hadn’t found herself when she first started at Alive & Free. “I sat in the back and didn’t talk much, but the club challenged me to find my voice.”

That changed everything. She went to Howard University in Washington, D.C., and received her master’s degree in education from San Francisco State. Today she is a special education teacher at A.P. Giannini Middle School in San Francisco’s Sunset District.

In 1968, he was a member of USF’s newly founded Black Student Union. USF, Today, Marshall is a trustee emeritus at USF. He has been awarded the MacArthur Genius Award, the Children’s Defense Fund Leadership Award, the Essence Award, and the Use Your Life Award from Oprah Winfrey. He is a contributing writer to the Huffington Post, and a member of the San Francisco Police Commission.

He also hosts “Street Soldiers” on 106 KMEL FM in San Francisco, a commitment for the past 24 years. His book, Street Soldier, One Man’s Struggle to Save a Generation, One Life at a Time, was published in 1996.

For 25 years, he was a teacher and administrator in the San Francisco Unified School District. In 1994, he left teaching to become an anti-violence activist full-time.

He has a saying, “The more you know, the more you owe.” It’s something his grandmother taught him when he was 6, and it became the foundation of his life’s work. He still likes to repeat it today to the teenagers he works with.