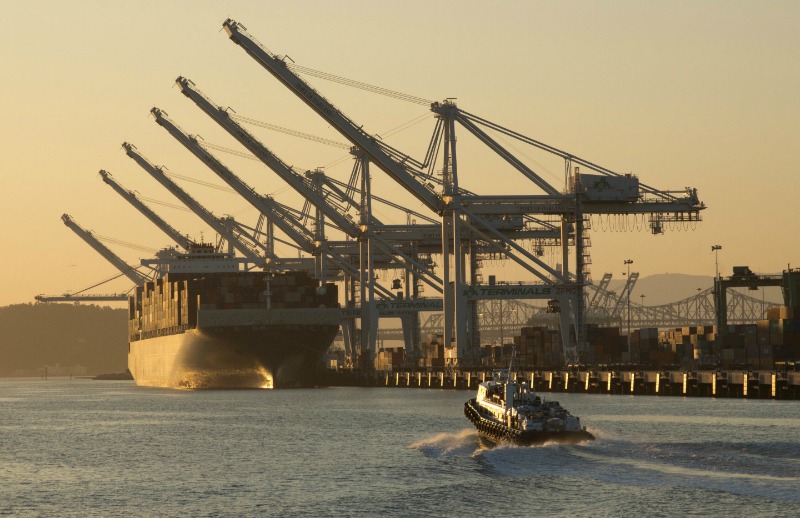 Over the last several months, Oakland residents have been bombarded by phone calls, mailers, leaflets and most recently an online poll opposing one the largest development projects in recent memory. The claim from a group called East Bay Residents for Responsible Development (EBRRD) is that SunCal, master developer of Oak Knoll, has refused to negotiate project labor agreements with Oakland unions.  But, SunCal has a deal with one of Oakland’s largest unions.
Forbes recently ranked Oakland as one of the 10 fastest-growing cities in the U.S. SunCal’s Oak Knoll promises to create thousands of jobs as the company prepares the former site of the Oak Knoll Naval Hospital for the construction of new homes, new retail and new community facilities.
Unions in Oakland once maintained an unbreakable code of brotherhood—rooted in conduct that supported labor and all the various trades.
“It didn’t matter who was working, as long as it was a local union. We supported our brothers and sisters, end of story,” says Fernando Estrada, Business Manager-Secretary/Treasurer of the Local 304 of LiUNA—the Oakland union that has executed a project labor agreement with SunCal.
But over the summer, this code of conduct was broken when Estrada and the Local 304 were targeted by the East Bay Residents for Responsible Development (EBRRD) after signing an agreement with SunCal.
The East Bay is backed by the mechanical trades, leaving LiUNA in uncharted union waters. “I just can’t understand why they’re trying to undermine us—it just doesn’t make any sense,” said Estrada.
EBRRD has saturated Oakland households with a stream of robo- calls and direct mail imploring residents to “Stop SunCal” and “Say NO to Oak Knoll” which, if successful, would kill the project and the thousands of associated jobs.
The problem started when the Building Trades, an umbrella organization, failed to broker a broad union deal on Oak Knoll. “Word came down that each union should go out and try to negotiate their own contract, which was standard,” said Estrada. 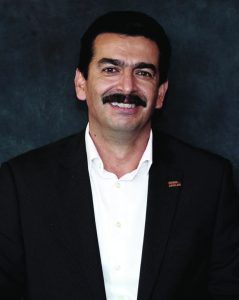 Fernando Estrada, Business Manager-Secretary/Treasurer of the Local 304 of LiUNA.

“This system was employed for years and was completely respected,” Estrada added. “Just like when the mechanical trades got the Mervyns job over in Hayward. We didn’t get it, but fully supported them. This is how it’s always worked and we were proud to stand by our union brothers.”

“The majority of our jobs go to Oaklanders,” said Estrada. According to the Office of the Oakland City Administrator, a FY 15-16 and FY16-17 review showed that the Laborers from the 304 generated 54 percent of all project work hours;
74 percent of local hires; and was responsible for 65 percent of the Oakland apprentice work hours for the entire City of Oakland.
“It’s always been a priority for us to make sure that the construction work at Oak Knoll be made available to residents of Oakland.  Our agreement with the Local 304 will now ensure that more than 70 percent of the work will stay in Oakland—no other labor union can make those claims,” said SunCal spokesman David Soyka.
“This phase of our involvement with the Oak Knoll project is just the beginning for Oakland unions,” says Estrada.  When it’s time to build sidewalks, houses and roads, we look forward to seeing unions doing the work,” he added.
“My job is to make sure that folks from Oakland and members of our union have a chance to have a career,” Estrada said.  “This project is good for our members and it’s good for Oakland and we will do our part to make sure city leaders know it.”
Related Topics:laborerslocal jobsOaklandUnions
Up Next