The Perils of Probate: Court Profits from Family Dissension
Advertisement 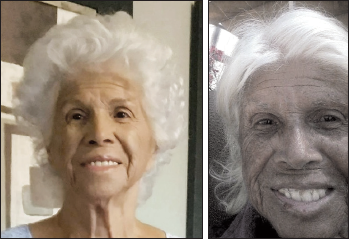 In the probate court system, it shouldn’t take two years to decide which relative should be awarded conservatorship over an elder.   But considering an elder, once assigned a court-appointed guardian, seldom if ever returns to their family or home, time is a non-issue.

Out of the sixteen probate stories in this series, only one senior returned to her home, and that was because the family “rescued” their mother and wife from the care facility, risking court sanctions and possible imprisonment (Post News Story 3/3/18 “Victory for Probate Reform Movement and the Carter Family.)    Most end up like the Ussery family, released from the court eleven years later after their five million dollar estate was eaten up in court fees leaving the family 35k to split between them (Post News Story 3/25/16 “Even When Done Right the Probate Court Still Wins.”)

Nationwide, the probate court system has become an unregulated criminal enterprise, where legal stealing of a person and their property is allowed. Cathy Rodriguez’s, 88-year old aunt Mildred Rodriguez, is Alameda court’s most recent victim. Mildred is being held against her will, the court system uses her dementia to justify ignoring her wishes to live with Cathy.

“My aunt and I bought a home together, and for a number of years, my dad lived with us also. I eventually bought another home and moved down the street,” says Cathy who filed for conservatorship after another cousin “kidnapped my aunt, took my aunt to her home, filed a power of attorney, then mentally and physically abused Mildred for eleven months, holding her captive.”

According to Cathy, the cousin has a history of being predatory, so much so that for years family members were warned to avoid her.  The cousin has a history of taking advantage of elders and people with disabilities, and proof of her past predatory behavior was submitted to the court.   In contrast, Cathy served four years with the Alameda County Probation Department as a peace officer, in the juvenile justice system, twenty years with the Santa Clara Probation Department as a peace officer with juveniles and young adults and is a 38 year Christian who serves the Lord at Victory Outreach.  Cathy has been an advocate for thirty years for special education, youth, adults, and the elderly.  She has a good income, no criminal record, owns three homes, and has an excellent credit score.

Cathy asks, “What does it take to qualify for conservatorship? It doesn’t matter! The court said they could not make a decision between me and my cousin who has thirty-two cases of fraud, domestic violence, harassment, and slander. The choice was clear, yet unethically, Alameda County Public Guardians submitted an investigative report favoring themselves in order to take control of my aunt and her assets, then slandered me in court to justify and isolate her from me and the family.  She should be home with us!   I have video of her crying and begging to come home.  This is a crime, and no one will help me or my aunt, we have nowhere to turn, because this is the law.”

Probate Reform advocate Venus Gist says, “The lack of integrity, accountability, justice and oversight in Alameda County Courtrooms and across the nation demands that we expose this criminality to Congress. WeThePeople will take action.”

Opinion – Coronavirus and Your Mental Health