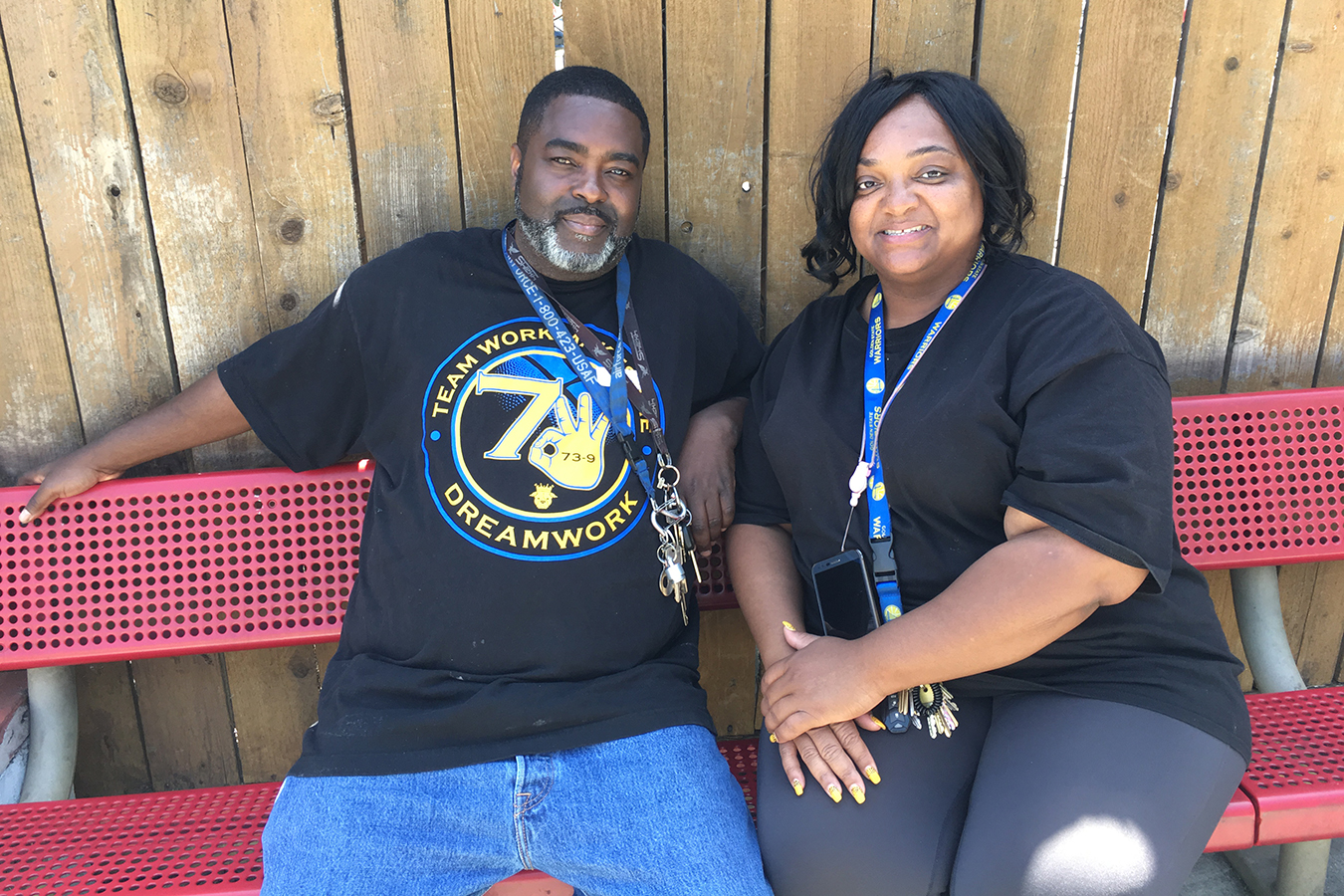 It’s 1 p.m. on a balmy Oak­land afternoon as residents of Great Expectations Residen­tial Care, a home for people with mental illness, gather in an activity room for a game of bingo.

Lee Frierson, an unpaid vol­unteer, introduces himself as he and his team leader, Charlie Jones, unpack chips, soda, bat­teries and shampoo that they will hand out as prizes.

“I’m Lee with Reach Out,” Frierson says. “I’m a peer. I suffer from depression. It helps me to help you guys.”

“And I’m Charlie the angel,” Jones says. “We go to board-and-cares and psychiatric and wellness facilities to inspire hope and model recovery.”

A few rounds into the game, Frierson calls B-5, and a dark-haired man shouts, “Bingo!”

What unfolds in this room is not exactly therapy, but it is something that mental health advocates and research suggest can be healing in its own right: people who have struggled with mental illness helping others who are experiencing similar struggles. Frierson and Jones are former mental health patients who now work with the Reach Out program, part of the nonprofit Alameda County Network of Mental Health Cli­ents, which provides what is called peer support.

The value of peer support is recognized by Medicaid, the health insurance program for people with low incomes, and it funds such services. That money is available for certified peer-support workers in states that have a formal certification process.

California does not, and that means it is “leaving money on the table,” said Keris Myrick, chief of peer services at the Los Angeles County Department of Mental Health. South Da­kota is the only other state with no peer certification program.

But a bill pending in Sac­ramento, SB-10, would direct the State Department of Health Care Services to create a pro­cess for certifying peer sup­port workers and establish a set of core aptitudes and ethics guidelines for the job. The leg­islation passed the state Senate unanimously in May and will move to the Assembly Health Committee on Tuesday.

“They’re sharing their expe­riences: ‘Been there, done that, now I’m going to help another person,’” said Myrick, who has been diagnosed with schizoaf­fective disorder, was hospitalized several times and spent 10 years running a peer support program in Los Angeles.

Last year, the legislature unanimously passed a bill to certify peer support workers, but then-Gov. Jerry Brown ve­toed it, saying it was costly and unnecessary.

Legislative analysts esti­mate the state would spend hundreds of thousands of dol­lars to set up a certification pro­cess and millions more a year to implement it. Advocates say the new federal money would help offset those costs. And, they say, the legislation would cement the bona fides of peer mentoring as an occupation.

Gov. Gavin Newsom has not declared his position on the current bill, but he has said that addressing the state’s mental health crisis is a top priority for his administration. During his campaign for governor, he endorsed “expanded roles for nurse practitioners and peer providers.”

Dr. Thomas Insel, a former director of the National Insti­tute of Mental Health whom Newsom named in May as a key mental health adviser, told California Healthline he sup­ports the peer certification bill.

“For many people, hav­ing a connection to someone else who’s had this experi­ence proves vital,” Insel said. “There may be nothing more healing than giving people an opportunity to help others.”

Peer programs grew out of a movement in the 1970s op­posing coercive psychiatric treatment, led by people who’d been treated against their will and felt they would receive better care from those who personally identified with their experiences.