Just days into Buffy Wicks’ campaign for State Assembly, U.S. Senator and former California Attorney General Kamala D. Harris (D-CA) has endorsed her to be the next Assemblywoman for District 15. 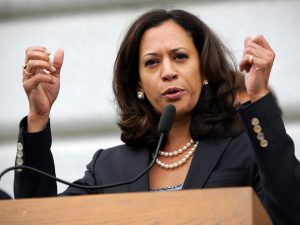 “I met Buffy when we were organizing together in the Bay Area for Barack Obama back in 2007, and in the years since, I’ve watched her continue to be a fearless, passionate fighter for people,” Senator Harris said. “Her commitment to build a parent-powered movement to advocate for California kids shows what kind of leader she is: one who doesn’t just use her voice to speak up, but empowers others to do the same.  I’m confident that Buffy will be a progressive champion in Sacramento and trusted partner for me as I fight for you in Washington. It was an easy decision to offer her my full support for her candidacy for Assembly in District 15.”

Buffy Wicks is a community organizer, an advocate, and a grassroots leader with experience at the local, state, and federal level. A California native, she got her start in community organizing when she moved to the Bay Area to organize against the Iraq War. In the years since, she has fought for better wages and health care for Wal-Mart workers as part of the UFCW, worked in the Obama White House to bring stakeholders from across the country together to support and pass the Affordable Care Act, started a policy initiative to fight for women’s economic security, and launched the California Kids campaign to empower parents to advocate for better opportunities for their children.

Buffy’s passion is fighting for equity, equal opportunity, and economic security – with a particular focus on policies affecting women and children. She hopes to continue advocating for California’s parents and kids as an Assemblywoman in Sacramento, where only 22 percent of our state legislators are women and just a handful are mothers to young children.

“I am obviously thrilled to have Senator Harris’ endorsement of our campaign, but I am even more fortunate to have her as a friend and a role model,” Buffy said. “In a short time as our Senator, she has already made her mark in Washington fighting for California values and policies that will help California families. I will provide the same kind of bold, progressive leadership for our community if I am elected to represent District 15 in Sacramento.”

Assembly District 15 encompasses parts of Alameda and Contra Costa counties. Buffy announced her candidacy to represent the district on Tuesday in a video message to supporters. She lives in Oakland with her husband Peter and their 6-month old daughter Josephine.