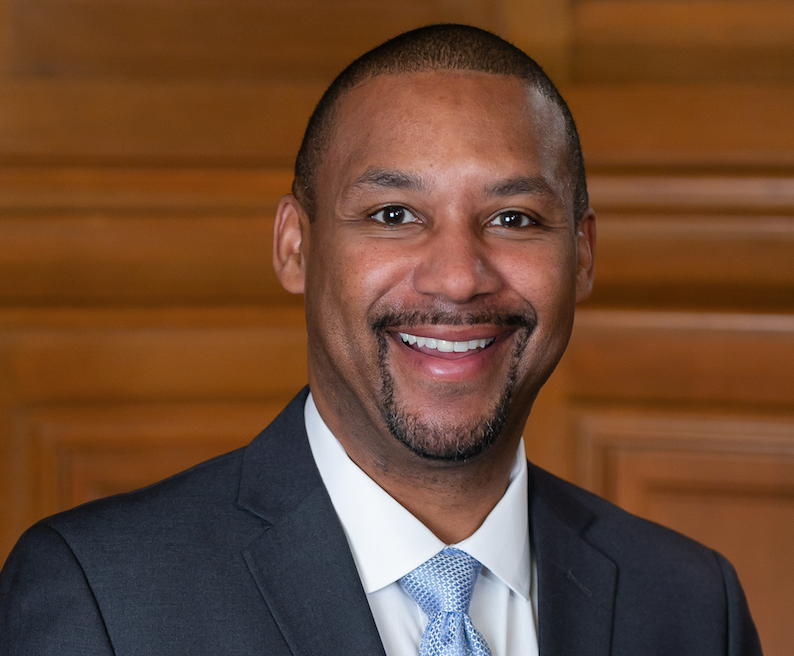 San Francisco Supervisor Shamann Walton proposed legislation to address the racial discrimination resulting from emergency 911 calls and will call for a commitment from the city to redirect funds from the San Francisco Police Dept. to the Black community in an upcoming board meeting.

The legislation is co-sponsored by supervisors Dean Preston, Matt Haney, Hillary Ronen, Gordon Mar, Ahsha Safai, and Sandra Fewer, seven of the 11 members of the San Francisco Board of Supervisors.

Walton was ahead of the current call to “defund the police,” which also involves reimagining and reinventing the way policing is done as well as a redistribution of funding.

According to his press release from June 2019, he introduced a resolution “condemning the increase of racial profiling and discrimination harassment from private businesses and individuals who profile people of color for suspicion of crime or denial of service based on the individual’s race, age, ethnicity, language, gender, sexual orientation, immigration status, and national origin.”

Incidents of  911 calls on people of color doing daily activities continue to happen, most recently as June 13 when a white couple in Pacific Heights called police on a Filipino man for stenciling “Black Lives Matter” in chalk on his own residence and accused him of defacing someone else’s property despite the fact that it was his home.

“When law enforcement respond to non-emergency calls as a result of the caller’s racism and racial bias, it diverts resources away from actual emergencies to unnecessary policing of people of color,” a press statement revealed. “This ordinance aims to amend the Police Code to make it unlawful to cause a peace officer to contact a person based solely on a desire to discriminate against the person on the basis of the person’s race, ethnicity, religious affiliation, gender, sexual orientation or gender identity, and will create a civil cause of action and implement fines for violating this prohibition.

“Supervisor Walton also introduced a resolution urging the board of supervisors to commit to redirect resources from the San Francisco Police Dept. back into the Black community.

“On June 4, Mayor London Breed and Supervisor Walton announced plans to prioritize the redirection of resources from the San Francisco Police Dept. to support the Black community in the upcoming budget.”

Decades of disinvestment, public policies, and institutional practices in the Black community have disproportionately harmed all aspects of life including health, wellness, mortality, housing security, education and economic opportunities.

In San Francisco, the average income for a Black household is $31,000, as compared with $110,000 for white families. As many as 19% of Black children in San Francisco live in poverty.

Black and African American individuals comprise 35% of the City’s unhoused population, despite making up only 5% of the population as a whole.

“We have been pushing for reparations for Black people here in San Francisco for decades and we have continued to see Black organizations inequitably disregarded and disproportionately left out of vital resources,” said Walton.

“In these times of continued systemic and systematic oppression of Black people, we have to be innovative and strong with our solutions. It is also our collective responsibility as the board of supervisors to prevent racial discrimination in all its forms and seek justice for people when we are unable to stop discrimination from happening.”

“There should be consequences for actions that threaten the freedom and safety of others,” said Sheryl Davis, director of the Human Rights Commission. “Calling the police on someone that you label as out of place, simply for being Black or a person of color in public, is just as dangerous as yelling fire in a crowded theater. You are putting someone’s well-being at risk by subjecting them to a humiliating, unnecessary, sometimes lethal police interaction. Fining 911 abusers who waste police time and violate their fellow citizens’ civil rights is one way to discourage this abhorrent behavior.”

“It’s time to hold people accountable for these frivolous, racist and life-threatening calls,” says Shakirah Simley, director of the Office of Racial Equity. “In a time where we are rethinking policing and its disparate impact on the Black community, we need more meaningful measures in place to put an end to racial profiling. It’s time to send a stronger message — You belong here. We see you. We support you.”