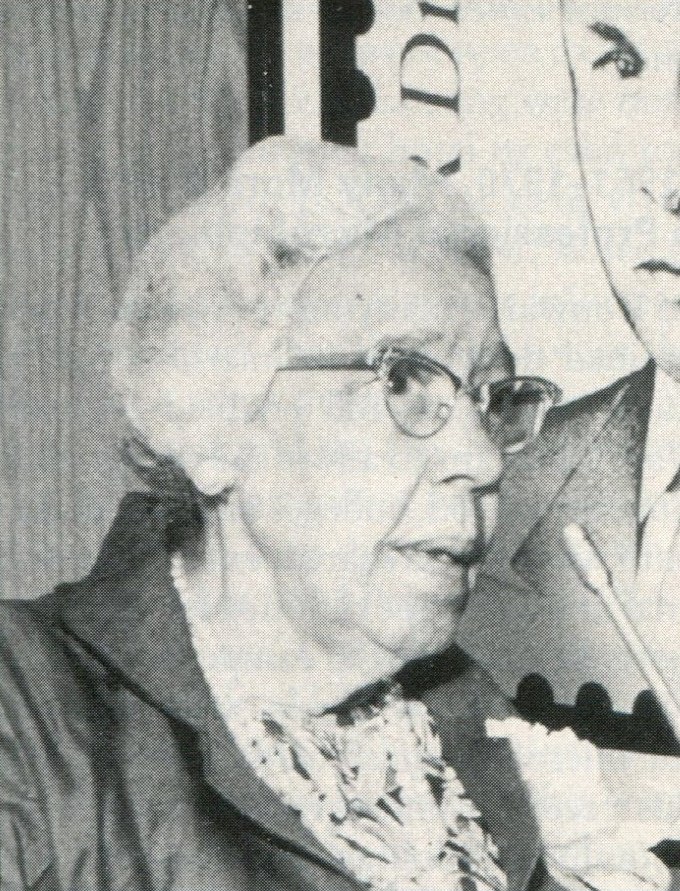 The daughter of William and Margaret Moore received both her bachelor’s and master’s degrees in science from Ohio State University (1926 and 1927 respectively). She later attended Ohio State University, where she received her Ph.D. in bacteriology (1933). On graduating, Ruth Ella Moore (1903–1994) officially became the first African-American woman to earn a graduate degree in microbiology.

For her dissertation, Moore’s research focused on the bacteriology of tuberculosis. At the time, TB was a monumental health concern in the U.S. and the second leading cause of death. While the cure for TB was still over a decade away, Moore’s work contributed to the eradication of the disease.

In 1940, Moore was hired by Howard University as an assistant professor in its medical college. During her tenure, she served as chairperson for the Bacteriology Department, making her the first female to head any department at Howard. She became an associate professor and conducted research in bacteriology. Her area of research focused on the distribution of blood groups among Black Americans and Enterobacteriaceae, a large family of Gram-negative bacteria.

She remained at Howard until her retirement in 1973.

While growing up in Columbus, Ohio, Moore’s artist and seamstress mother stressed the importance of education. Moore was described as a “precocious child who worked hard and heeded her mother’s wishes to pursue a higher education.” Before her career at Howard, she taught English and hygiene at Tennessee State College (now Tennessee State University) to support herself and earn money for graduate school. But there was another side to Moore’s life.

In addition to her life in the sciences, Moore was a seamstress, adopting her mother’s career as one of her passions. Creating much of her own wardrobe without any formal training in clothing design, she was known to have a love for fashion and an elegant, classic style. She carefully selected patterns and material for crafting these outfits. Several of her garments were featured in The Sewer’s Art: Quality, Fashion and Economy (2009), a historic costume and textile collection, and a scholarly and artistic resource of apparel and textile material culture at Ohio State University.

During a time when gender and racial discrimination were rampant, Moore was persistent, becoming many ‘firsts.’ But her trail was not blazed without obstacles. It was more than a decade before she was promoted to associate professor. Despite her decades of research and teaching, researchers have found no evidence that Moore became a tenured professor.

An inspiration to generations of Black women, Moore left a lasting impression on Howard University. Each year she is honored through the university’s Ruth E. Moore and Lloyd H. Newman Service Award.