Birmingham native Rickey Smiley will take over The Tom Joyner Morning Show when Joyner retires at the end of the year.

Joyner said that Smiley has established himself as a trusted leader on-air and in the community with his current show, captivating audiences with his authentic humor but also his unique perspective on topics important to his audience.

“I’m happy to see the landscape of Urban Adult Contemporary morning radio continue to expand with Rickey, and I’m proud of the doors the Tom Joyner Morning Show opened,” said Joyner. “Twenty-five years ago, there was no template for a syndicated Urban radio show and we worked hard to prove that we could successfully produce and market a national platform that would entertain, inform and empower African- American listeners.”

Smiley, who attended Alabama State University, also announced that Eva Marcille and Gary Wit Da Tea would be among the on-air cast members joining him to broadcast out of the Dallas studios beginning January 2020.

“It’s an honor to continue the legacy of my boss and frat brother Tom Joyner,” said Smiley. “Not only has he been a friend to my family and me over the years, but we consider him family. Tom’s mentorship has instilled in me valuable wisdom that I will carry with me through this new morning show.”

Additional details about the show will be shared in the coming months.

FILM REVIEW: Toni Morrison: The Pieces I Am 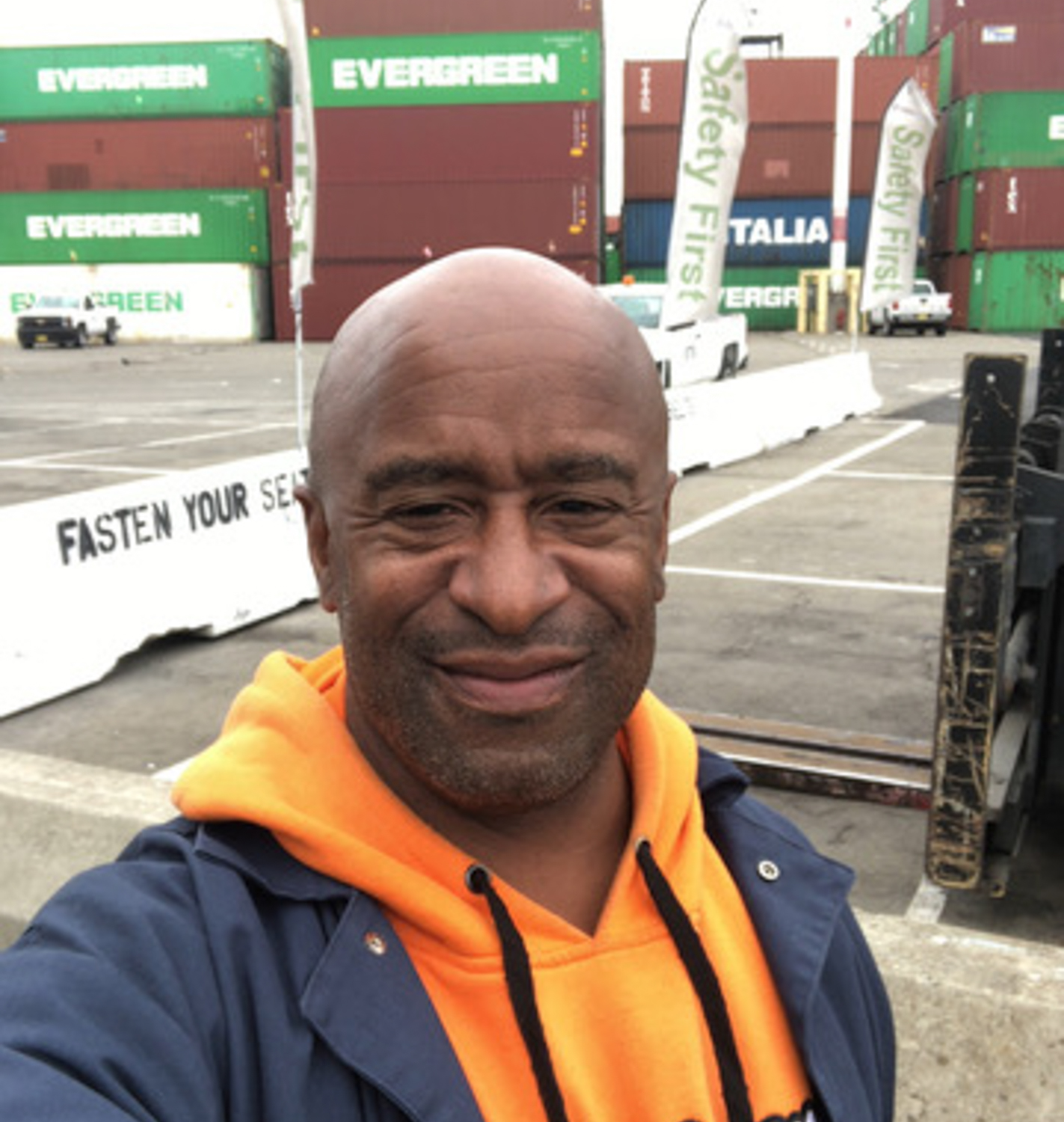 “I was born and grew up in North Oakland and attended Washington Elementary and Claremont Jr. High School, then Oakland Tech and graduated from Berkley High. I work for ILWU, Local 10 and have been a longshoreman for 22 years.

“Before becoming a longshoreman, I worked small, part-time jobs including as a coach for after-school youth program football, basketball and baseball for Oakland Parks and Recreation.

“A buddy called me one morning and said that the longshoremen were hiring and to get down to Jack London Square, fill out a postcard and send it in before 5 p.m. At the time, I wasn’t sure exactly what a longshoreman did, but I knew it was a good-paying job with benefits.

“When I arrived at Jack London, there was a line wrapped around the corner. My buddy kept saying it was a good job, so I put in for it.  It was 1999, and my name was picked from the lottery. The rest is history.

“This is a great job. It takes care of my family, my kids and me. I started off as a dock man, unidentified with no benefits, then identified and went straight to B-man and then A-man where I still am today.”

“I like the fact that you can start at the bottom (unidentified) and be promoted to the top as A-Man. I’ve completed numerous skill trainings that allow me to work various waterfront jobs for good pay, including but not limited to operating top picks, calamars, cranes, and transtainers.

“Not only are the pay and benefits great, I also love the flexibility. I pick up my jobs from the Hall and if a job is available and in alignment with my number, I can choose it because I’m trained in so many skilled jobs on the waterfront.

“Currently, I have a nephew who works on the Oakland waterfront.  I’m proud I was able to help my nephew have an opportunity as a longshoreman. He is a B-man and loves his job. Working on the waterfront as a longshoreman can involve strenuous physical labor, so it is not for everyone.

“Howard Terminal is on designated port land, and it provides more work for our industry and helps the whole port run more efficiently while keeping idling and parked cargo trucks off West Oakland streets.

“The Oakland A’s should not have a ballpark there. The A’s move to Howard Terminal with thousands of fans will affect the future of the longshore workers, truckers, residents, and businesses. It’ll be far too congested down here and unsafe for the thousands of fans and residents who would be crossing rail lines and 24/7 cargo truck traffic.

“Make no mistake: I want the A’s to stay in Oakland. I’m a huge fan. I grew up in Oakland and in the same neighborhood as Ricky Henderson and his family. However, it would be best if the A’s found a way to continue playing at the Coliseum. 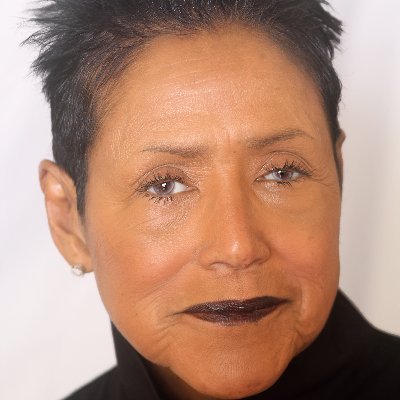 Highlights of the Dream project are: readiness to purchase the city’s 50% interest; positive discussions with the Oakland A’s; installation of Black Panther Studios as development anchor, which will be the first Black-owned film studio on the West Coast; ability to finance the entire development, estimated at $5 billion; building of hundreds of affordable housing units; development of a luxury hotel and department store; creating and supporting youth tech, arts and business training centers; construction of a supermarket in a food desert; making Oakland a tourist destination.

Vince Bennett, president and CEO of MBS, a multi-billion-dollar housing developer based in St. Louis, said: “MBS is ready to immediately enter into a purchase and sale agreement with the City of Oakland and become the master developer of the entire site.”

The Coliseum Dream Development Group (CDDG) recognizes the impossibility of developing the Coliseum site solely by purchasing the city’s 50% interest. Partnership with the other 50% interest owner, the Oakland A’s, is necessary.

Brown says she has discussed the site with Dave Kaval, A’s president, over the last few years, and said, “Dave has stated he loves the idea of Black Panther Studios as the anchor of CDDG’s development vision.”

The problem CDDG faces is not readiness on its part but the City Council’s unwillingness to entertain proposals other than those two they hand-picked in a recent closed session.

In a closed session scheduled for Thursday, October 7, the Council considered the merits of its two preferred proposals, based on reports from the City Administrator.  This closed session meeting arose from a vote of the Council’s Rules Committee on Thursday, September 30.

In lieu of allowing Vice Mayor Rebecca Kaplan’s request to push through a resolution at the Council’s October 19 meeting to enter into an agreement with the group she is promoting, the Council decided to consider the two proposals.

It’s unclear what happens next.

Brown said, “There is no process regarding the sale of the city’s interest in the Coliseum, certainly not one that is transparent.”

In a statement to the Oakland Post, Brown submitted the following questions and answers:

Q:  Everybody talks about jobs and housing.  Will your group be able to deliver on the promise in your Coliseum Dream proposal to create jobs and build affordable housing for the community?

A (Elaine Brown): “Oakland & the World Enterprises (OAW), of which I am CEO, is presently co-developing a $72 Million, 79-unit, 100% affordable housing project in West Oakland with master housing developer McCormack Baron Salazar (MBS), headed by CEO and President Vince Bennett.

“Our Coliseum Dream anchor project, Black Panther Studios, alone, will create thousands of new, high-tech jobs, and we will build an affiliated tech training center to create a new generation of Black, tech-savvy “digital carpenters” to make films and enter the tech economy at a high end.

Q:  Even if you are willing and able to purchase the City’s 50% interest in the Coliseum site, how can you develop the site without either purchasing the A’s 50% or partnering with the A’s?

A, (Elaine Brown): “Our team is prepared to purchase the City’s 50% interest outright, today.  We have not discussed purchasing the A’s 50% interest with the A’s, but, if that were an option, we would take it.  We have been in discussions with Dave Kaval, A’s president, over the last two years about our Coliseum Dream, and Dave has unequivocally stated that if we were to acquire the City’s 50%, he would work with us.  And, we have told Dave, we are willing to partner with the A’s.”