Racial Disparities in End-of-life Care; Many Are Unaware of Hospice Care (Part 2)
Advertisement

For those nearing death, hospice care can help alleviate the pain, discomfort, and suffering that often accompanies the dying process. But for many African-Americans, “hospice” is misunderstood and is equated with “hastening death” or “giving up.”
Many are either unaware of hospice care or lack a clear understanding of what hospice is. Keeping hope alive is a strong part of African-American culture and surviving difficult times. Even though there’s little chance of full recovery, African Americans are more likely than whites to choose life-sustaining measures.
Far fewer African Americans utilize hospice compared to whites. Among Medicare beneficiaries who died in 2010, 45.8 percent of whites used hospice compared to 34 percent of African Americans.
Survival at all costs is part of African-American culture that can be traced back to the days of slavery. The country’s long history of racism and poverty included unequal access to medical care. To this day, some suspect that the health care system is limiting their treatment options. 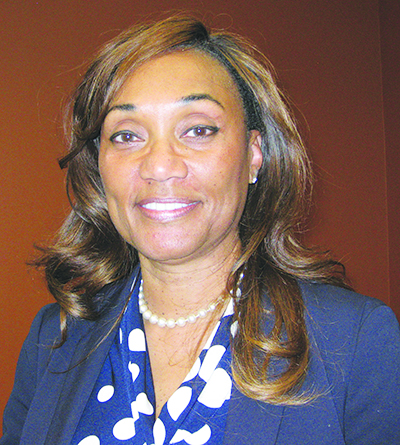 Rev. Cynthia Carter Perrilliat, a minister at the Allen Temple Baptist Church in East Oakland, often encounters this fear among her congregants, who she says ask: “Why should I trust that you’re going to do the right thing for me?”
“Statistics will tell you that in communities of color, particularly African-American communities, they always say ‘give me everything,’” says Perrilliat. “You know, all the treatment that there is, because typically we don’t get the treatment we need.”
Racial disparities and discrimination have long been part of America’s health care system from birth to death. Infant mortality rates are twice as high for African-Americans compared to whites. White Americans live 3.5 years longer than African-Americans.
Research further indicates that ethnic minorities are less likely to receive even routine …medical procedures and experience a lower quality of health services. At the end of life, racial disparities persist. Significantly fewer African-Americans, Asians, and Latinos enrolled in hospice compared to whites.
Rev. Perrilliat had her own positive experience with hospice many years ago when her father died of cancer. She realized that churches needed to become more active in end-of-life care. Seventy percent of African Americans are religious and churches are highly respected institutions.
“The faith community is one of the last bastions of resource out there where there is still some level of trust,” said Perrilliat.
In 2014, Perrilliat partnered with five churches, and started the Alameda County Care Alliance, a faith-based, non-profit providing critical support for predominantly African-American adults with advanced illness and their caregivers. It’s considered the nation’s first community-faith-health partnership of its kind. Ministers and faith leaders are trained to help their congregants prepare for the end of life and provide spiritual guidance and support related to their advanced illness.
At the heart of the ACCA’s program is its navigation system. Community care navigators are trained to provide support and connect participants with needed resources such as transportation, meals, medical services, and hospice care.
“You have to have a heart for people, a desire to help,” said Alexis Owens, one of the ACCA’s navigators, “We want to make sure they know we’re actively listening. We want them to trust us.”
In the last four years, the ACCA’s hub churches have grown from five to 14. Its medical partners include Kaiser Permanente, U.C. Davis School of Nursing, and the Public Health Institute. “We’re well over 2,500, close to 3,000 plus folks now in our third year,” said Perrilliat, “So there’s no lack of need, I promise you.” The ACCA hopes to reach beyond the African-American community and expand throughout the Bay Area. Major cities such as San Francisco, Los Angeles, Chicago, and New York have expressed interest in replicating the ACCA’s navigator system.
If the model spreads nationwide, it could go a long way in reducing racial disparities in end of life care. This story is part of a series examining racial disparities in accessing hospice and comfort care at the end of life. JoAnn Mar’s report was produced as a project for the USC Annenberg Center for Health Journalism’s 2018 California Fellowship.
Related Topics:HealthHospice careracial disparities
Up Next

Another Literary Win Against the Stigma of Mental Illness

Meth Is Back and Hospitalizations Surge