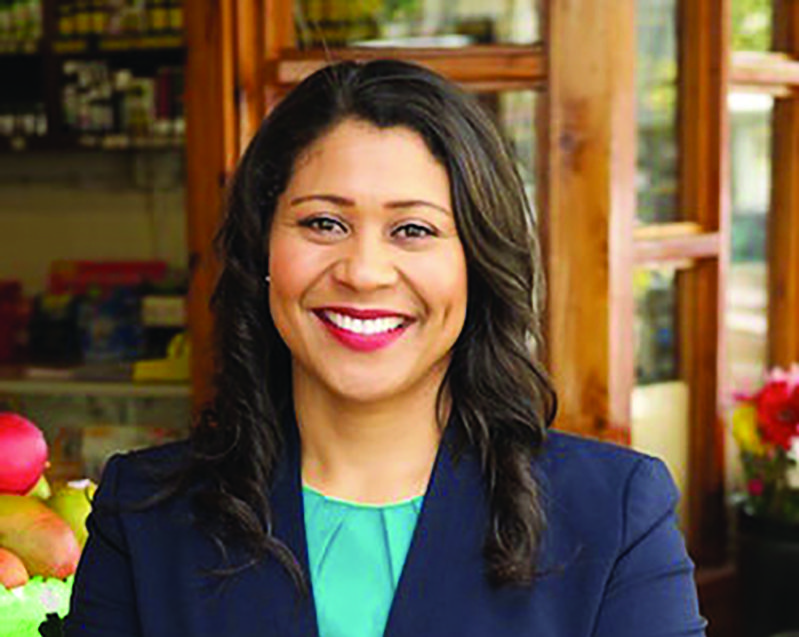 To win San Francisco’s top government job, London Breed has the smart way is to utilize her relationships with the city.

Born and raised here, living in public housing and studying in public schools, mayoral candidate Breed enjoys her life around different corners of San Francisco. Before her job in city hall, she ran the African American Art & Culture Complex as the executive director. And in 2012, she was elected the supervisor for District 5, defeating the incumbent Christina Olague and starting her political ambition as the Board president.

The sudden death of Mayor Ed Lee in December 2017, put her for six weeks in the mayor’s office, until her supervisor colleagues collaborated on the vote to replace her and appoint Mark Farrell in January 2018. Breed said she disagreed and wasn’t surprised, but “respect” her colleagues’ decision.

For the short 6 weeks mayor experiences, Breed aims to continue her work on the seat by a real election.

Breed is the only moderate Democrats among the 3 front-runners in the race, facing the rank choice strategy pressure from Kim and Leno, two progressive Democrats. Currently, Breed has the highest rate in the poll number, which is conducted by the Firefighters Union.